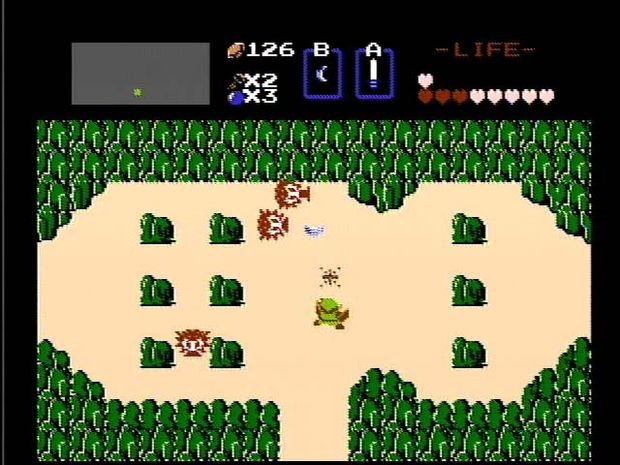 [Dtoid Community Blogger Logan Janes shares a touching story about how video games gave he and his father a platform on which to discuss the big questions in life and grow together.Want to see your own words and thoughts and ideas appear on the front page? Share with us!–Occams Electric Toothbrush]

There was a cold room in the back of my parents house. It was a shoddy add on by the land lord to add value to a crummy brick house. Some basic drywall and windows with exposed wood. It had a fire place almost pasted to the wall with Elmer’s glue. Next to it was something really cool. It was a small tv with a gray box hooked up to it. That small gray box was something mysterious and strange. My dad would put movies in it. But the movies were weird. They were gray instead of black. They were cartoons that my dad controlled. He would tell me stories of a peasant who was sent on a mission into the kingdom of turtles to save a princess. It was amazing.

That was my first memory of a video game. It comes through in bits and pieces. It’s almost one of my first memories. Why does this stand out? Out of all of the things I did as a child. After thinking I may be a little crazy for obsessing over a video game. I realized something. I remember this because it was the first time my father and I did something together. I know there were things before this too. I know he would only tell me those stories to keep me quiet and let him play some Legend of Zelda, Super Mario Bros., or “that damn ostrich game” that would drive him insane. It stays with me because it was only the start of a activity that will eventually allow me a way to see my dad as more than a parent but as a friend, adviser and my greatest confidant.

My father was the son of a cable station engineer who would consistently get the latest technology. He bought an old reel to reel television recorder for his house so he could watch his shows anytime he wanted. A crazy idea in the 70’s. This craving for the newest thing was ingrained into my father. This little desire kept our house filled with the newest game consoles on the market. The one I fell in love with was a Christmas gift. It too was a gray box. It had a circular top and would make the coolest noise on start up and fade into it’s name. PLAYSTATION. It only had a demo disc with a few games that day. But as time went on our collection grew. Mostly multiplayer games like Duke Nukem: Time to Kill and Madden NFL 98. The time we would play together was 6:00pm to 8:00pm. We guarded that time with plenty of white lies to friends and family. Throw around a few “Oh, I have homework to do!” or “I forgot to do my chores” and I would free up two hours to play a game with my dad. We would fight, race, snowboard, fly planes, and blow each other up with ice cream trucks. It was some of the most fun I ever had. While playing we would talk. He would tell me about everything while playing. He once explained what a insurance policy was while wrecking cars in Gran Turismo. It was a way for us to almost be equal in competition. It removed the boundary of parental authority. I could be on the same level or maybe even surpass my dad. This was almost unthinkable to the 9-year-old mind. It helped make some stuff less awkward to talk about. I could ask questions and not worry about some embarrassing incident that would echo through the family for years to come destined to be brought up at some family gathering. 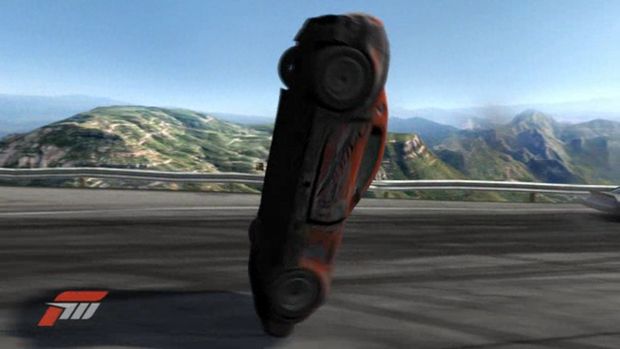 Then a building problem reached its peak. My parents got a divorce. It had been building slowly though escalating fights. I was terrified when my parents fought. I would hide or try to ignore it. That is when I started playing alone. Games like Final Fantasy and Metal Gear Solid had worlds I could hide in. Places where I could help people and save the world. Something I was powerless to do as an 11-year-old. I would live with my mother and father on different days. This meant I had gone from spending fouteen hours a week just playing games with my father to only seeing him for almost eight. Naturally, as I grew up I filled my empty time with friends and other activities. I still played video games but just with friends or by myself. The walls of parental authority were built back up. I lost my nerve to ask questions. That lead to bad decisions, bad friends, and bad grades. After I bumbled my way through high school with C’s, I was left going nowhere. I was 18-year-old and without purpose. I didn’t know what I wanted. I didn’t know what I was supposed to do when I finished high school. So, I started going to community college. The campus was a five minute drive from my father’s house compared to the thirty minutes I would have to spend on the highway from my mother’s house to campus. The choice was easy. I was now living with my father full time for the first time in almost ten years. Those years definitely eroded away at the relationship between me and my father. After about a year of living together full time my father and I found ourselves sitting outside of a Gamestop together in the cold of a Colorado November. We were waiting for the sequel to a game we spent hours playing together online. Call of Duty: Modern Warfare 2 would be a defining game in my relationship with my father. While we had started playing games together again soon after I moved in. This game would be different. 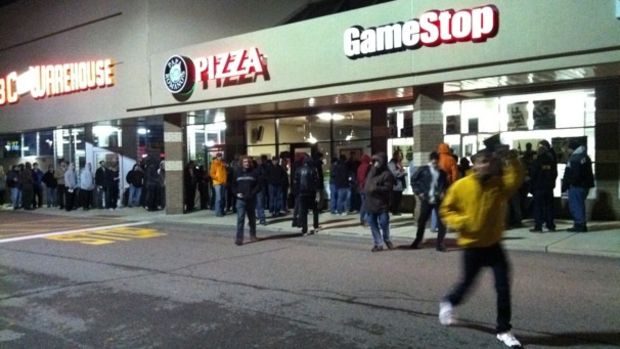 We obsessed over Modern Warfare 2. We would constantly compare stats and race to complete the challenges. We would work together for the Spec-Ops missions. We poured hours of our lives into this game. Then, like things had never changed from when I was a child,we started talking again while playing. This time I didn’t ask questions about how airplanes work, or why Croc wanted to save the fur ball. These were deeper questions that have been burning in my mind. What did he want to be when he graduated high school? What did he do for fun when he was my age? Did he regret some of his choices? Can someone really change if they really wanted to? Questions many people may have for their parents or just for their own lives. Questions we would talk about for hours never finding answers to. 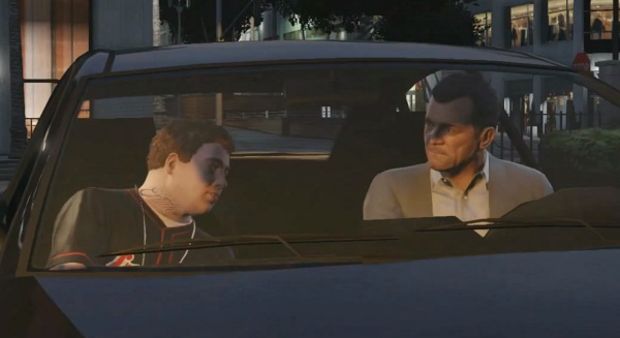 I still live with my father today. Our time spent playing games with him is shrinking. I have since transferred from the community college to a university. I have a job and a girlfriend. As my life is moving forward I am scared I am leaving a piece of it behind. A piece that had helped me in so many ways. I am afraid of losing something that has made me so happy. But at the same time I must push forward.

When I think of video games of my past, I remember that touchdown in Madden NFL 98′ that sealed my first victory over my dad. I remember throwing snowballs covered in pee in the South Park game. I remember that first prestige reset in Call of Duty. We did it together. Video games are forever woven into my life and relationship with my father. I just hope we can both find the time to maybe play a death match or two before we have to call it game over.