Titles to make your nose bleed

There are some seriously weird games out there – this is what you quickly learn when you start collecting them, even with a focus on specific consoles. There’s always at least one or two developers, big or small, that like to take serious risks with their releases, sprinkling vast amounts of What The Fuckery wherever they tread.

But games can be weird because of more than just their context. The context of when I bought some of the games in my collection is truly bizarre, and while some of the titles don’t quite fit the rank of “hidden gems”, some were never released in some regions for various reasons. I thought at first that my PS1-PS3 collection (the main consoles I collect for) was as bland as butter, but on closer inspection, it has its fair share of “What the hell is that?!” moments, too.

So, in honour of the recent release of Season 2 of Stranger Things on Netflix, here are five games pulled from my shelves (and one from my Steam library) that, whether they’re good or bad, are thoroughly “strange”. Note that my list doesn’t cover some of the genuine PlayStation oddballs like Mr Moskeeto, No One Can Stop Mr. Domino! and LSD: Dream Emulator, simply because I haven’t gotten my mitts on them yet. 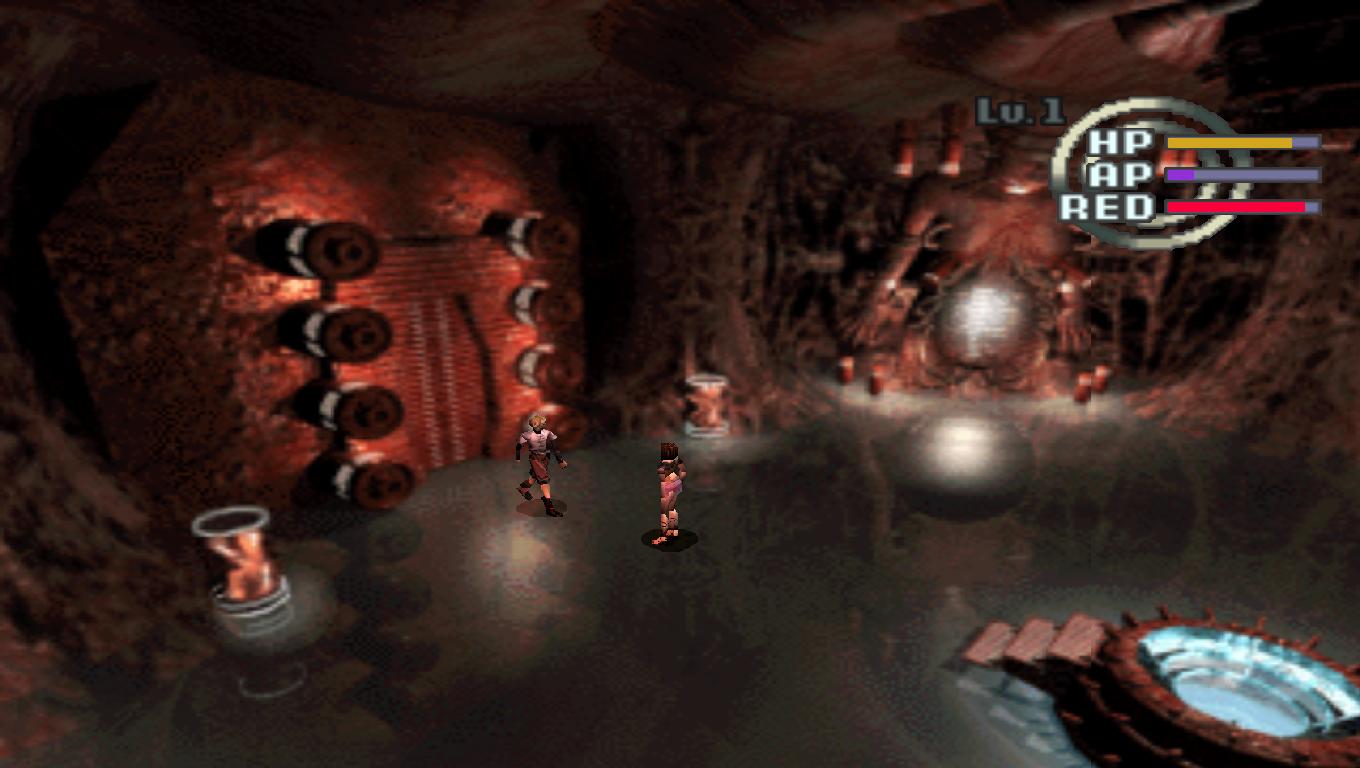 Let’s start off with something fittingly strange and gory. Galeriansis a fairly well-known contribution to the PS1-era trend towards survival horror. While Resident Evilprovided the player with all manner of artillery, with Silent Hilldiscouraging the player from battle with its wonky melee mechanics, Galeriansdidn’t give the player any arms at all. Instead, you can make people’s heads explode with your mind control powers, while making sure not to over-indulge, lest you give yourself fatal brain damage. Yes, this feels oddly aligned with Stranger Things the more words I type.

Galerians unfortunately never became as popular asResident Evil and Silent Hill; this was not helped by the fact that the PS2 sequel received some very poor reviews. But with the limitations of the period’s signature “tank controls”, which ups the fear factor, and…erm, Dorothy, it’s worth adding Galerians to your strange collection. 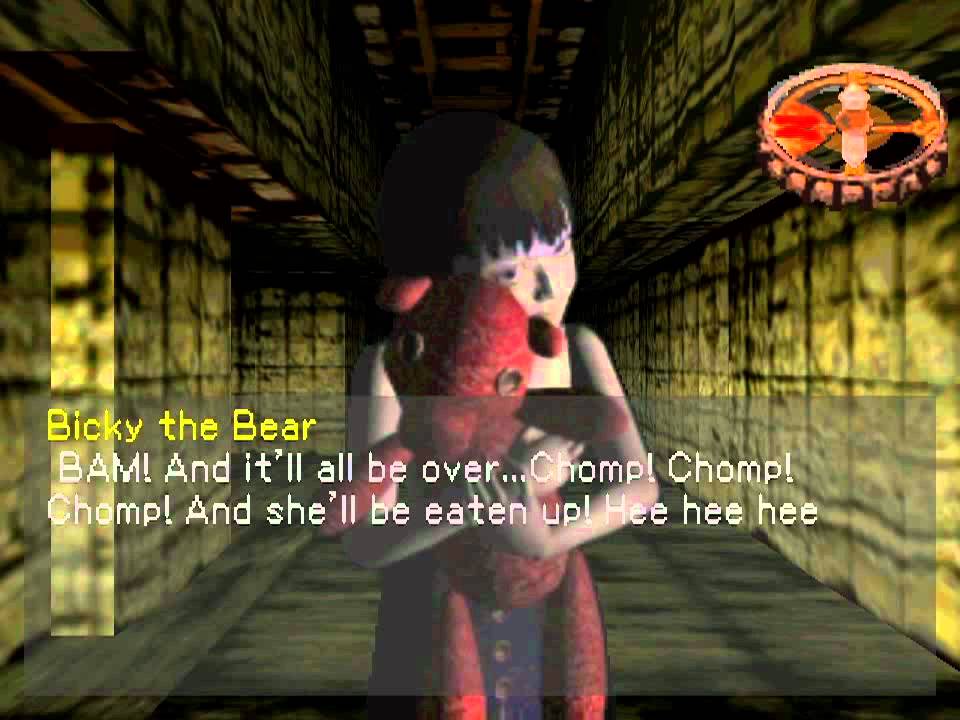 Hellnight is “strange” on two different levels, even though it contains elements of horror that have since become bog-standard. The nuts and bolts of the story are fairly straightforward: you wake up in post-apocalyptic Tokyo on a wrecked train, with all of your fellow passengers dead. All except for a schoolgirl, who becomes your companion. You both try to escape Tokyo for a brighter future, all while a horrific creature follows your every move.

If you’re about to say that it sounds like Atlusstole the blueprints for Resident Evil 3: Nemesis, you’re mistaken. This is one of the first horror games to truly play with the concept that what you can’t see is scarier than what you can see, as well as dabbling in perma-death. Throughout the game, the protagonist has a grand total of zero weapons, and if you encounter the creature lusting after your flesh, you can almost guarantee you’ll lose your current party member. And if you lose them, they’re gone forever.

You can pick up three different replacements if Naomi, your schoolgirl team-mate, dies. Some of them are more useful than others (one of partners you can meet in the middle of the game has a rocket launcher). You do eventually get the ability to defend yourself…to an extent, but if you lose all your partners, then the next time you encounter the monster, it’s curtains for you.

The other strange characteristic is that it was never released in the US, though it did see release in Europe. Maybe Atlus assumed that the mechanics would make the game too hard for Western gamers, but decided to try their hand on the PAL market, anyway. Who knows? This might be a title you can’t play without an emulator, a modded console, or without buying a PAL PS1/PS2, but never fear: there are plenty of Let’s Plays on YouTube.

STRANGENESS LEVELS: Looking at the Demogorgon. Don’t look at him! DON’T! 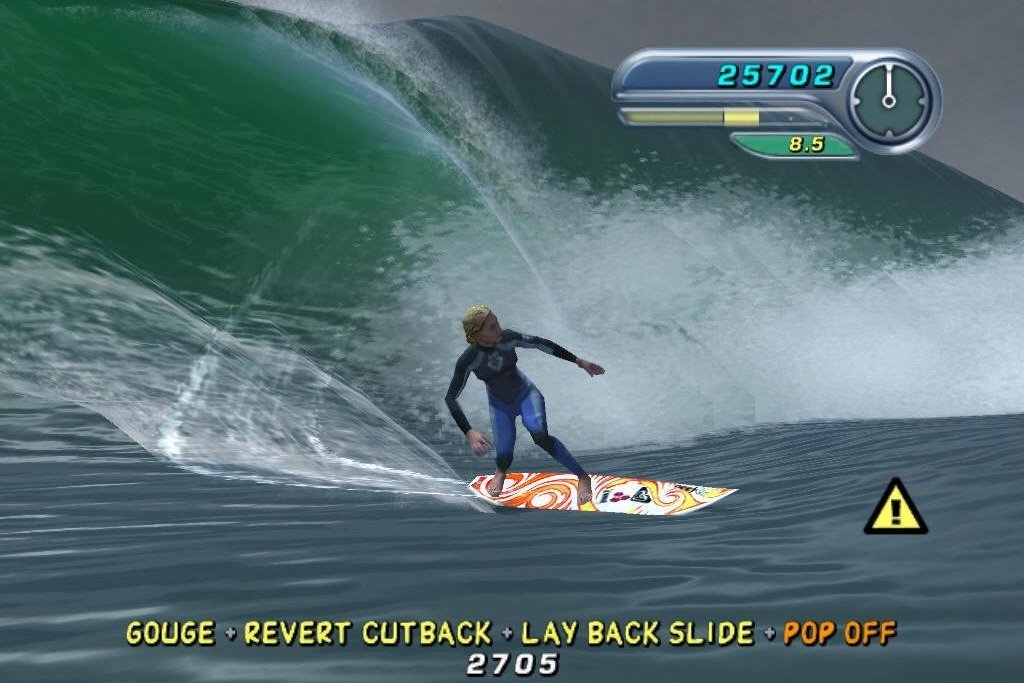 OK, time for a bit of backstory, since you’ll be certainly wondering why I’ve leapt from exploding brains and impending doom to ocean spray.

Rewind back to 2004. As a kid, my parents made the grave mistake of letting me watch MTV2. That’s where I saw Viva La Bamfor the first time, and, of course, I loved the immensely childish hi-jinks. This led to me watching the extreme sports channel on Sky, and falling in love with skateboarding. I then went out and bought a handful of snowboarding and skateboarding games, and the SSX series is, to this day, probably the only series that I am genuinely good at.

Fast-forward to 2017 – I was considering getting myself a longboard, but was too worried about grown-up things like missing work from a broken ankle to actually go through with it. I was now 25 and found the cutscenes in THUG2juvenile. But for some reason, I decided to buy a copy of Kelly Slater’s Pro Surferfor my PS2 when I saw it going cheap on eBay.

I could justify this by saying that I still enjoy extreme sports games, but I also bought Skatenot long afterwards, and actually found it a bit tedious. I could reason it by saying that Kelly Slater seems like an effortlessly cool guy, ever since he appeared in the video for one of my favourite Garbage songs. But Kelly Slater feels like the surfing counterpart of Tony Hawk: still an awesome dude, but not really a draw for buying games anymore.

Given that my boyfriend picked this off my shelf and, to put it politely, expressed confusion as to why I’d bought this game, it is definitely a strange one. Not because it’s a bad game, but because I decided to buy it in 2017. It’s totally strange that I bought it nowand not 15 years ago. 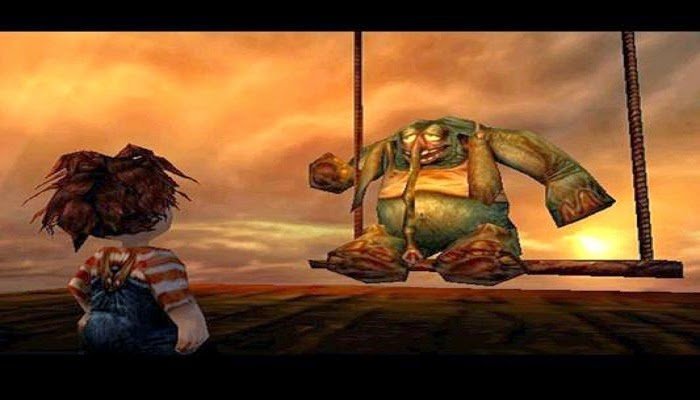 Cyprien’s Chronicles is, to be blunt, an ugly-looking game. It’s almost no wonder that it was only released in the PAL region (there wasn’t even a Japan release). It also has the honour of being one of the last games released for the Dreamcast in Europe; I bought the PS2 version as a nice little curio for my collection about a year ago.

Cyprien’s Chronicles is an interesting platformer in that it also explores themes of horror from the perspective of a child. In this regard, it would be a good companion to more recent titles, such as Little Nightmares. You play as an orphan, Cyprien, who is banished to the world of Undabed (geddit?) and must rescue his teddy bear, Lenny.

While it belongs within the ranks of the many mediocre platformers released for the PS2 (and I have plenty of those, such as Herdy Gerdy and Whiplash), it is really striking because of its art style and perspective. Horror and creepiness through a younger protagonist’s eyes is not a new theme, but Cyprien’s Chronicles is a game that really takes this and runs with it – check it out if you can, or watch it being played online.

STRANGENESS LEVELS: Those rumours that Jean-Ralphio from Parks and Recreationand Steve Harrington are related 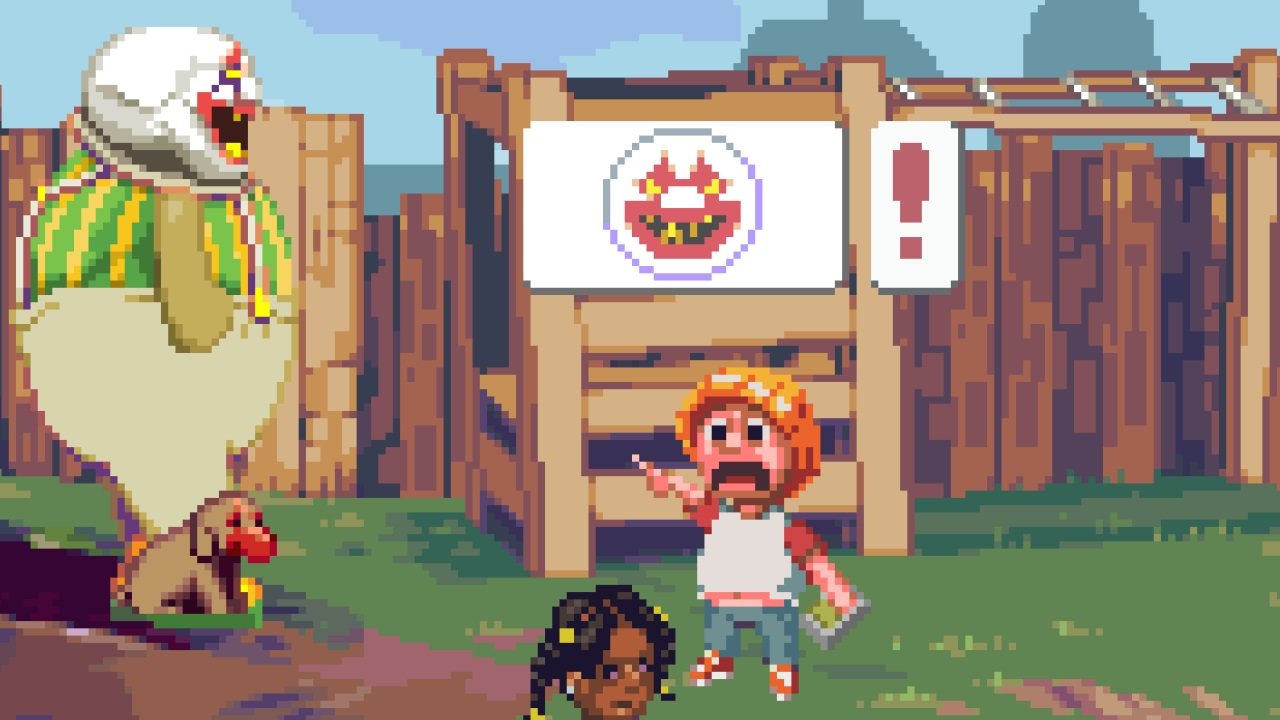 Clowns are the creepy figure du jour, thanks to the new feature film version ofIt(which includes Finn Wolfhard from Stranger Things as Richie Tozier). But maybe some clowns just want to make friends? Maybe the “evil clown” trope is harmful to some of these gentle beings?

The game is a quirkly, colourful point-and-click adventure, with communcation enabled via pictures rather than words. The game as a whole is genuinely unsettling, not just because of the creep factor, but because of how surprising it is to feel sorry for a Bogeyman-type character. The dissonance between what you expect to feel and what you actually end up feeling is as strong as I’ve ever felt in a game, and that’s what makes it strange.

Project Rubis called Feel the Magic: XY/XX in the US, probably because you guys had more sense to hide how sleazy this game is. I really don’t know why I bought it and, in hindsight, it’s a game that has not aged well at all, thanks to the creepy content matter. Not creepy like Dropsy. A totally different kind of creepy.

Project Rubis a bunch of mini-games released early in the DS’s life cycle that involve a man trying to win over the girl of his dreams. These games reflect the man trying to convince the girl to date him in numerous bizarre way, such as traversing winding pathways suspended above buildings on a unicycle, and fending off a stampede of bulls. It’s almost trying to be a WarioWaregame, but with a slightly more adult theme.

I wouldn’t go so far as to say Project Rubhas become inappropriate, but the noughties were saturated with rom-coms, and not just rom-coms where the woman was on an equal footing with the man; there was a lot of “chasing” (see the “manic pixie dream girl” trope). So, I don’t think you could get away with a re-release of Project Rub.

What are the strangest games in your collections? What makes a game “strange” by your standards? Let me know in the comments down below!