Somehow Facepalm Games’The Swapper slipped under my radar in 2013. Even though I’ve owned it for a while from a Humble Bundle, I just never fired it up. Releasing on PlayStation 3, PlayStation 4, and PlayStation Vita last week, I now realize that I truly missed out after not being able to put the game down and finishing it in one session.

That is, of course, old news to anyone that’s played The Swapper, so let’s just talk about what’s great with the PSN version.The team over at Curve Studios have done a fantastic job in the past with portingLone Survivor: The Director’s Cut,Thomas Was Alone, Proteus, andStealth Inc. to PS3 and PS Vita throughout the past year. That same level of quality can be found here. 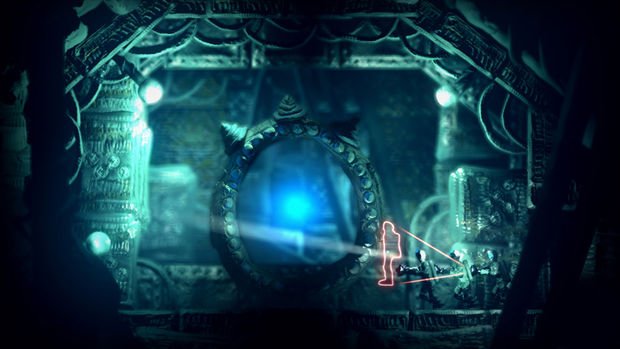 The Swapper on PlayStation is almost the same game as before with no additional content (even the Trophies are exactly the same as the Steam achievements); the only exception is that it features Cross-Save functionality between all three versions. The only break I took during my playthrough on the PS4 was to grab something to eat, and that was because I was stuck on a puzzle. My Vita came along with me, and, after thinking about the puzzle a tad, I loaded up the Cross-Save and knocked that bad boy out. That was pretty rad.

Controls are pretty standard, with the cursor being controlled by the right analog stick. The sensitivity of it can be adjusted, so it shouldn’t be a problem for anyone. Weirdly, the only difference in controls is that the DualShock 4’s TouchPad can’t be used to control the cursor, whereas the Vita’s touch screen can. It would have been nice to have the option, but it absolutely works fine without it. 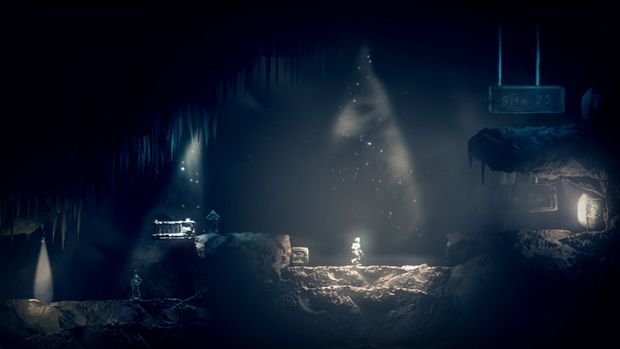 The game looks stunning and runs perfectly on the PS4. The Vita version has a lower framerate than the console counterpart, but nothing in the visual department was lost in the transition (this is definitely a much bigger priority for a game like The Swapper). Despite the PS4’s obvious technical advantage, I’d still almost give the Vita version the edge. Being able to use headphones and having the screen so close to your face really allows the game’s atmosphere to be even more effective. You can’t go wrong with either version though.

If for some reason, like me, you have yet to treat yourself to The Swapper, there’s no better place to pick it up than on PSN. At $19.99, the game is $5 more than the PC version. However, you are getting three copies (that can swap saves at the push of a button) of one of the most memorable puzzle games out there. Don’t let this one pass you by.