Just last week, Skybound Entertainment and Skydance Interactive announced a brand new VR shooter based on the popular Walking Dead series. Called Saints & Sinners, the studios were looking to leverage the visceral intensity of VR to create the most realistic and plausible Walking Dead game yet. It certainly had a bit of promise, what with VR titles typically taking the form of tech demos.

At NYCC this past weekend, I got a chance to test it out and I walked away fairly impressed. While obvious technical glitches were present from the build’s demo status, the execution of the core concept was surprisingly intuitive. Better still, the game had quite a bit in common with The Elder Scrolls III: Morrowind. This is like classic Bethesda before the studio became all worried about rushing out titles with tons of DLC in tow. 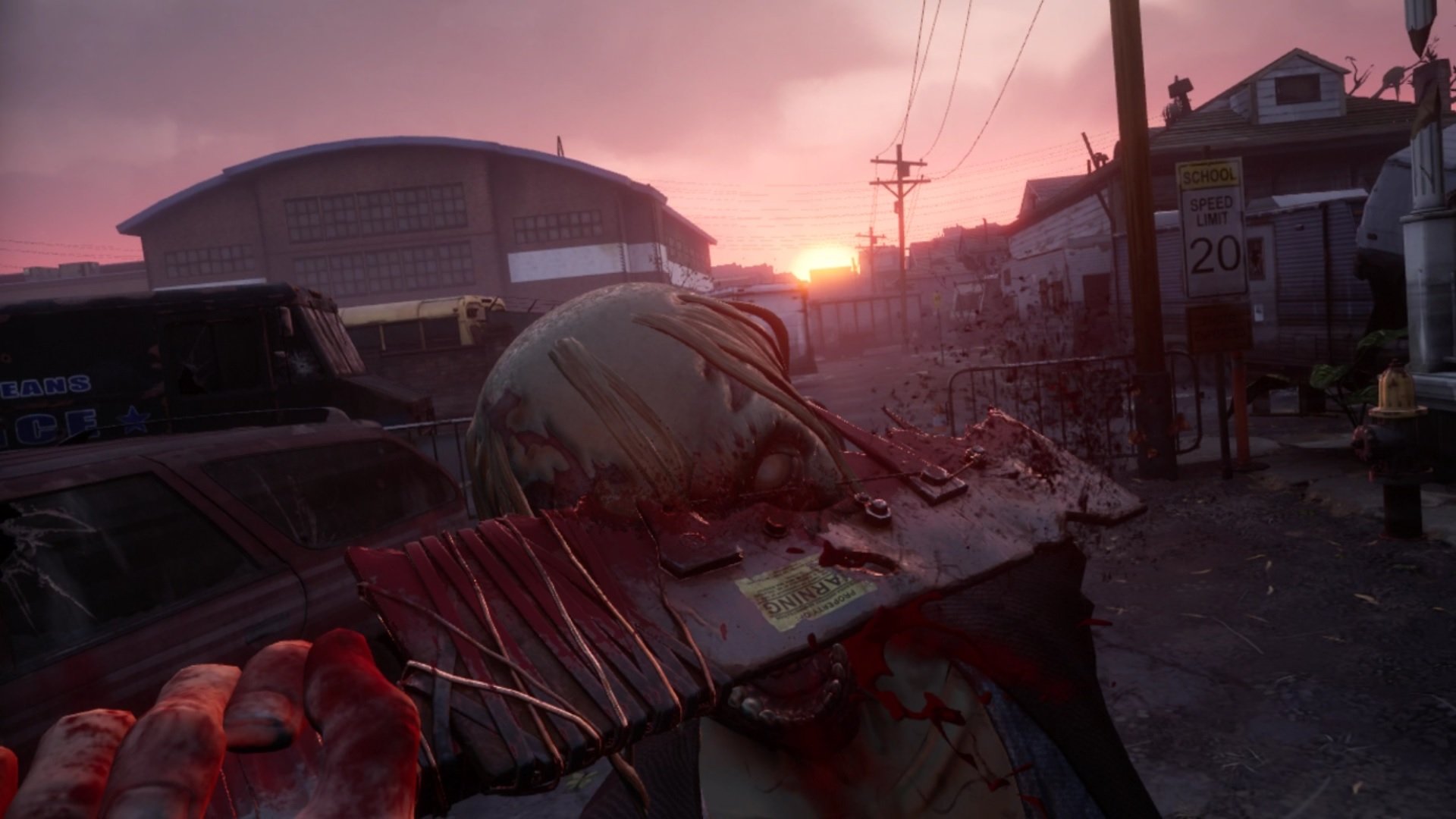 Starting out, the demo began with a tutorial on how all of its mechanics and controls work. Considering most people aren’t intimately familiar with VR, it was necessary before jumping into the main game. While no platforms have been announced, I played Saints & Sinners on the Oculus Rift with the Oculus Touch controllers. This scheme was adapted to give better finger control for players, which becomes crucial as you move out into the game world.

There are a lot of intricacies like attaching weapons to each shoulder and hip, but my clumsiness mostly came from never using these controllers before. As is to be expected with VR, a lot of the motions mimic things that we do in our everyday lives. It’s incredibly intuitive, making sense after you’ve experienced it once. The enemy-free practice area was perfect for acclimating myself to this because the game can get intense when zombies swarm you.

Guns work precisely as you’d think. You’ll need to eject clips manually, insert new ones, and even cock back the barrel before you can fire again. On the assault rifle, I even needed to pull back the operating rod to load bullets into the chamber. It’s kind of scary how realistic this is, but it does mean you have to think before you shoot. 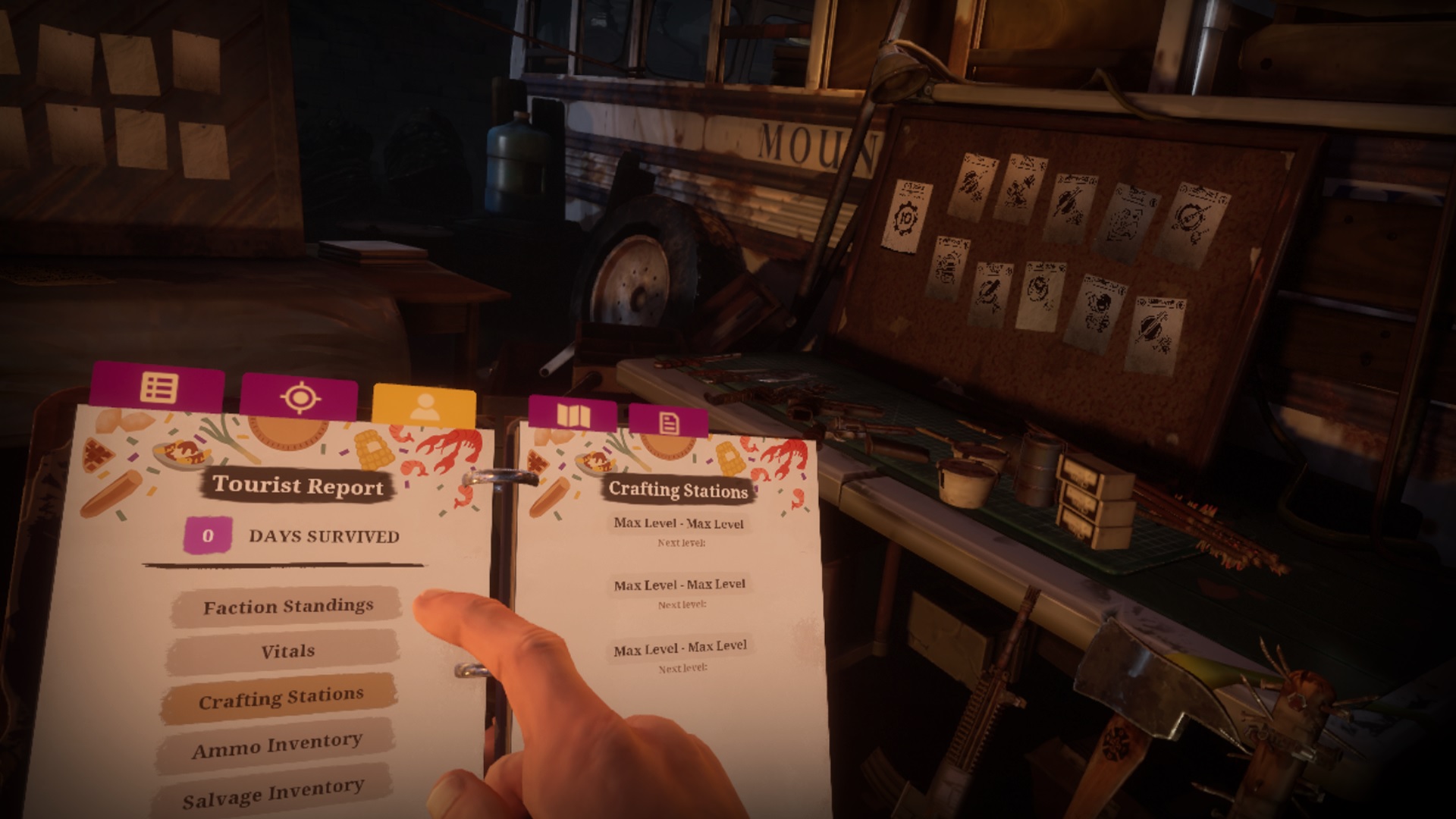 Or you can be a total idiot like I was and shoot everything. This is where I bring up the comparison to Morrowind because no one is safe in Saints & Sinners. Taking a form similar to old-school RPGs, you can actually kill quest givers and any NPC in the game. You’ll obviously be a bit lost and need to rely on discovering clues left behind, but it’s a real thrill to become some homicidal maniac and blast everything in sight. That last sentence has likely put me on an FBI watch list.

As I gleaned from the trailer, melee weapons actually do require a bit of force. When I asked the developers about this, they said it was all in service of grounding people into this world. You wouldn’t casually swing a knife around and expect to cut someone, so Saints & Sinners requires you to make larger movements with some force behind them. I figured this would lead to situations where my real arm is moving beyond the game’s simulated arm, but the exaggerated movements somehow make sense when you perform them.

There’s a lot of sick shit you can do, as well. If a zombie is alone, you can grab its head, knock it to its knees, and behead the thing. You can lob off specific limbs if you want to buy time. You can even slice off legs and watch as the creatures stumble to the ground. The first-person viewpoint makes everything so personal that I could see a lot of people being turned off by the violence on display. It’s not Mortal Kombat levels of insanity, but it’s so much more intimate than other shooters that it becomes kind of scary. 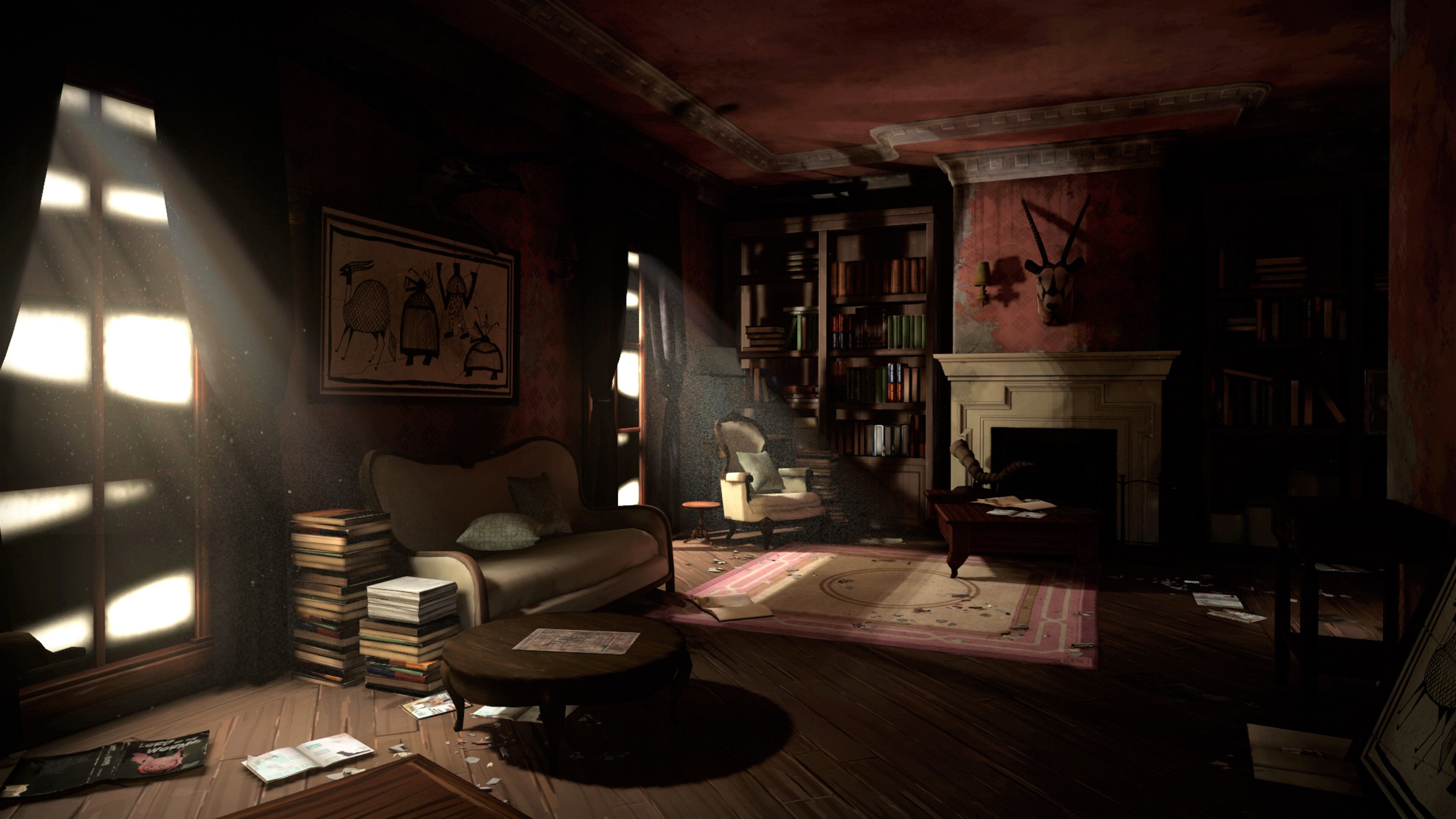 I think what helped me enjoy this so much was that the control scheme didn’t feel needlessly complicated. You don’t need to make that much in the way of body movement, apart from attacking. With the Oculus Touch controllers, the joysticks on each one are utilized just like every other shooter on the market. The left stick moves you while the right stick turns you. You’ll need to move your head to look up and down, but that’s a completely natural extension to this control scheme.

There’s a backpack system that reminds me of Zombi U, which you just grab from your shoulder and cycle through with simple clicks. The game doesn’t try to go too realistic with having you pick specific items from the bag, instead laying them out on a grid system that sorts them easily. Even ammo, of which you need to throw into its own box, has a simple icon that you can drag and drop into. It’s well-thought-out and starts to become second nature within minutes.

That’s good, too, because I was told Saints & Sinners would not be skimping on content. The main story is supposedly around 15 hours long, though it would obviously become longer if you engaged in side quests or went on a murderous detour. If the controls were some tremendous barrier to making progress (or were just plain too involved and tired you out), most people wouldn’t even bother after hearing that. 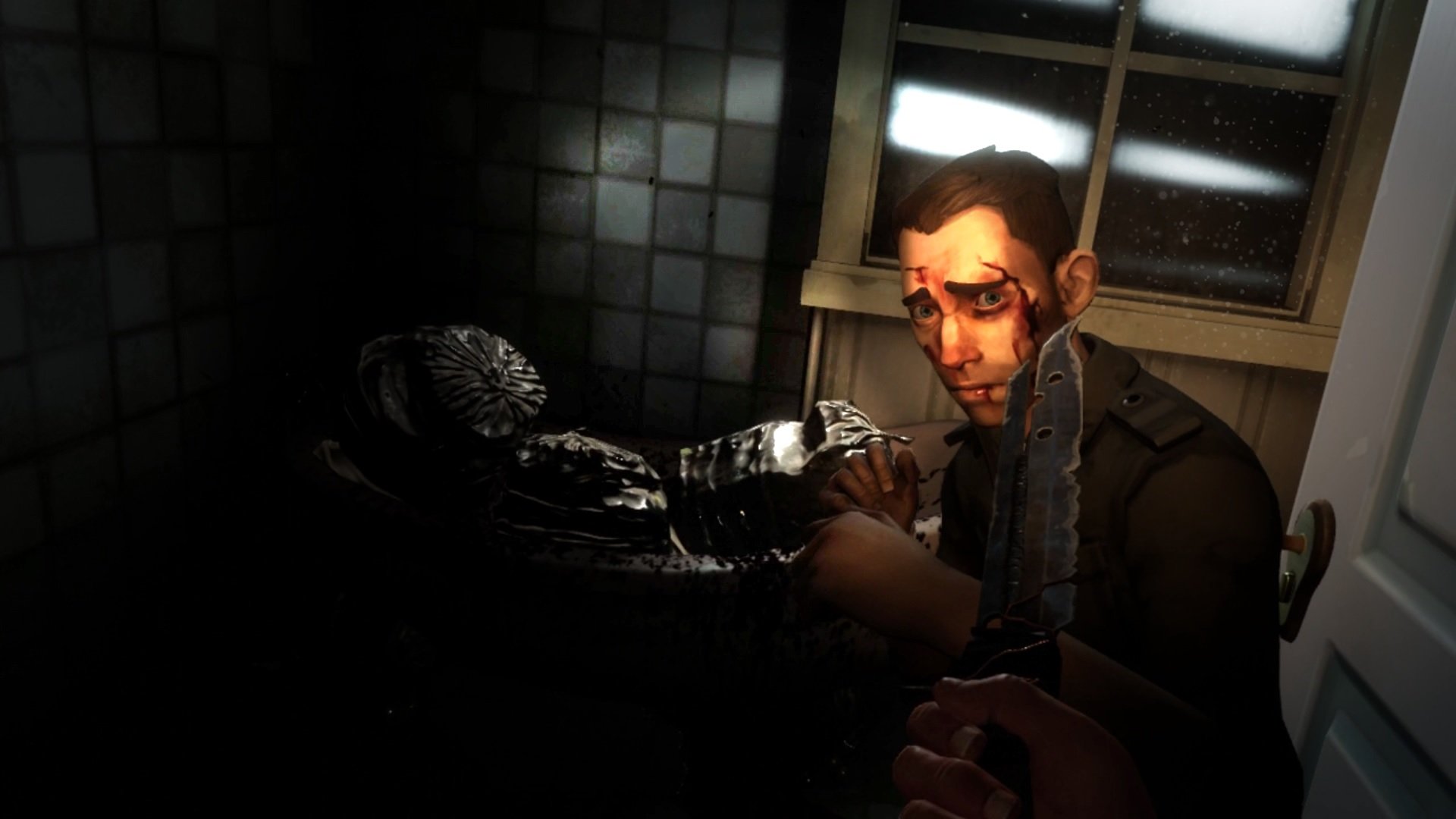 The only issue I have to mention is that the hand tracking can sometimes lose itself. You can shoot guns with one hand or with both, but I had a tough time getting my other hand to attach to the specific point the game wanted. Even swinging a few melee weapons incurred this issue. I know this is a demo, but it’s the only point of contention I have in what is otherwise a very promising title.

I don’t think Saints & Sinners is going to be a revolution in first-person VR titles. Capcom set the benchmark pretty damn high with Resident Evil 7‘s implementation of the technology. Sniper Elite VR‘s E3 demo even impressed me a bit more. What I took away from my time with the demo is that Skydance knows precisely how to work around the current limitations of VR and is trying its damnedest to create an experience Walking Dead fans will enjoy. That it happens to be a solid game is just a bonus.

Currently, The Walking Dead: Saints & Sinners is set for a January 23, 2020 release date. Oculus Rift will likely be the main platform, though Skydance told me it is trying to get the game on as many platforms as possible. For those curious, it will be launching on Steam when it does release.