These are the last WiiWare games I will ever buy

One was a long time coming

It is with great remorse and sadness that I confirm today, January 30, 2019, the Wii Shop Channel has closed its doors. Launching less than a month after the Wii’s debut, the channel started small with Virtual Console titles before exploding into one of the more creative digital marketplaces with the introduction of WiiWare. The service had its faults. It used a point system for some silly reason, the way it paid developers was broken and horribly unfair, game sizes were heavily restricted, and for much of its early life, the Wii wouldn’t allow people to save Wii Shop games on an SD card, going so far as to refer to the console as a “refrigerator.”

Despite its problems, the Wii Shop channel was a blessing for somebody like me whose gaming habits didn’t step too far out of their comfort zone. Like Chris Hovermale, this was the service that introduced me to Sin & Punishment. It showed me how diverse and eclectic games can be with titles like Bonsai Barber or Snowpack Park. And it allowed me to play the games I missed out on owning neither a Genesis nor TurboGraphx. For Pete’s sake, this is the service that birthed the Bit.Trip franchise and the Runner trilogy. My gaming repertoire was permanently expanded by the Wii and its Wii Shop Channel, and today I wish it a bittersweet goodbye. 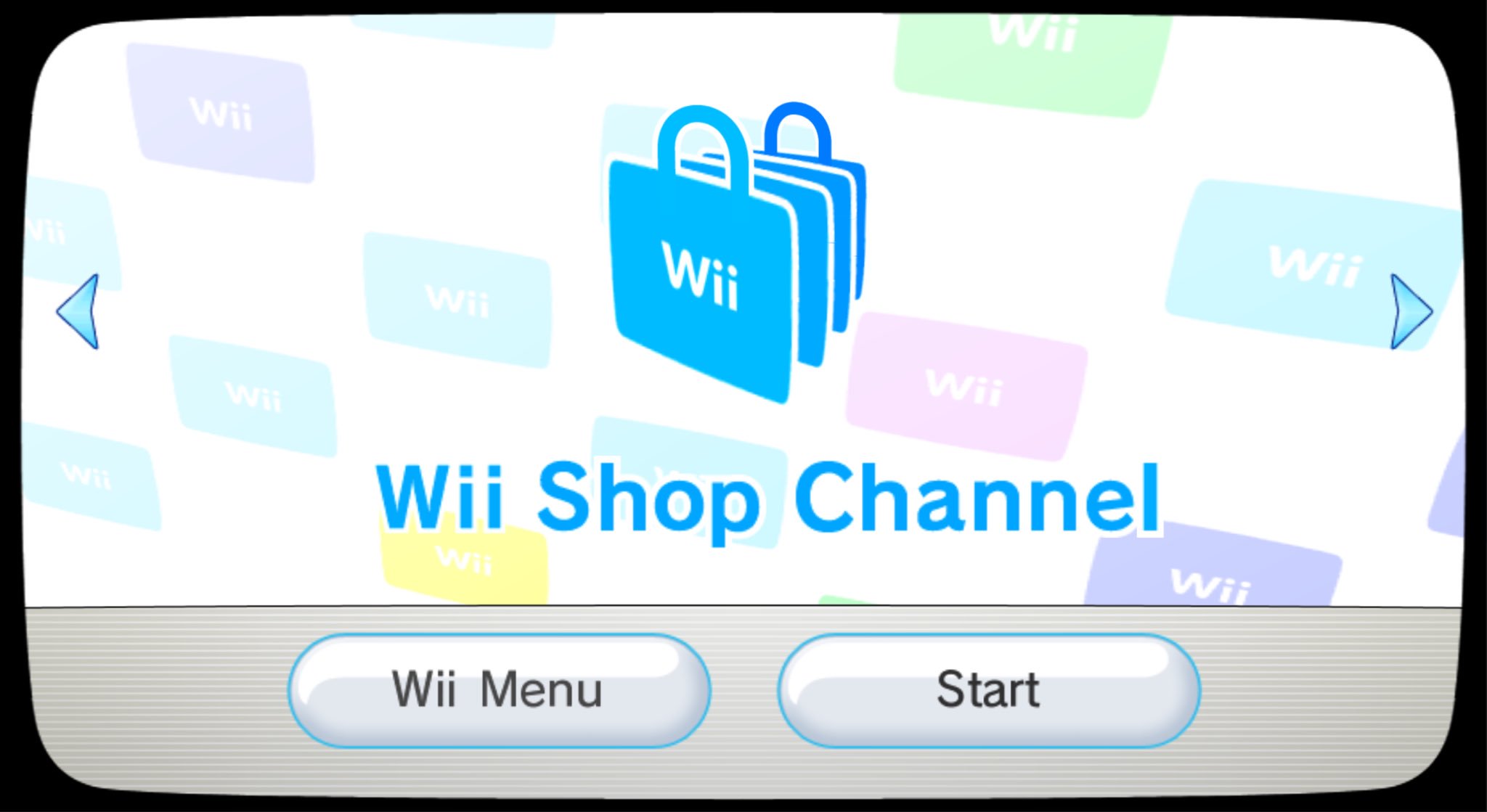 We’ve known this was coming for a long time, but it still feels unreal. Even if I haven’t touched my Wii in a year, the security blanket of knowing those titles would always be there for me, including the ones I immediately regretted purchasing (*cough*Harvest Moon: My Little Shop*cough*), is gone. The ability to buy games, some of which are currently exclusive to the service, is no more as of 10:00pm PST, and someday in the not too distant future, the ability to download titles we do own will end as well.

It’s a doomsday scenario for an all-digital world playing out right before our eyes, one that may very well be repeated a few years from now when Nintendo no longer feels like supporting the 3DS eShop. At least Nintendo had some sort of foresight with that service to properly integrate DSiWare titles into it. If Nintendo had better implemented the Wii Shop Channel into the Wii U operating system, we might have avoided this situation for the time being.

As sad as I am, I didn’t want my Wii Shop Channel experience to end with a whimper. Last year, I put $50 worth of points in my account when it was still an option and last night, with $43 of it still available, I spent that money on a few games I missed. I couldn’t buy everything that passed me by, but I just wanted to share with you the final titles I picked up from the Wii Shop Channel. 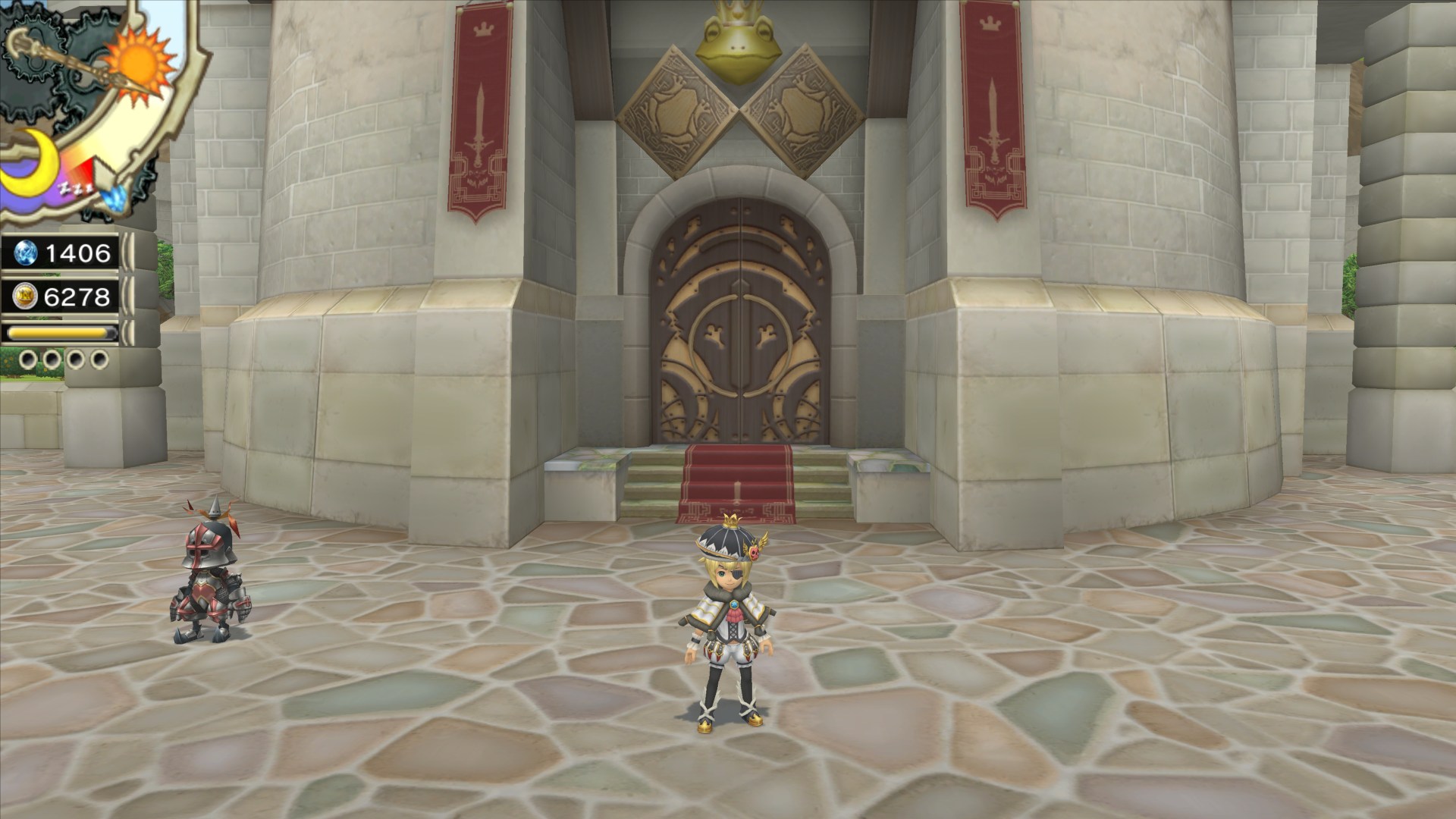 Final Fantasy Crystal Chronicles: My Life as a King 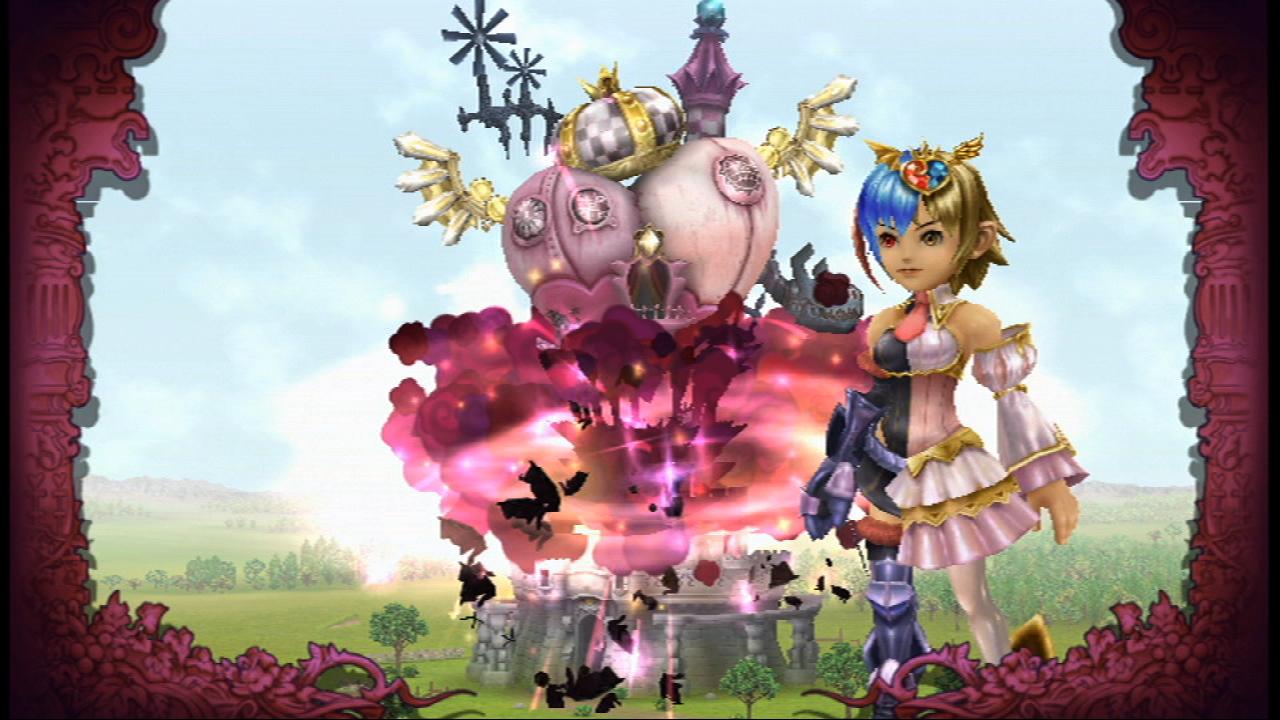 Final Fantasy Crystal Chronicles: My Life as a Darklord

If I get one, I should probably get the other, right? Darklordhas always been the more appealing of the two Crystal Chroniclesgames for the service, yet like its forebearer, it missed my library until just now. 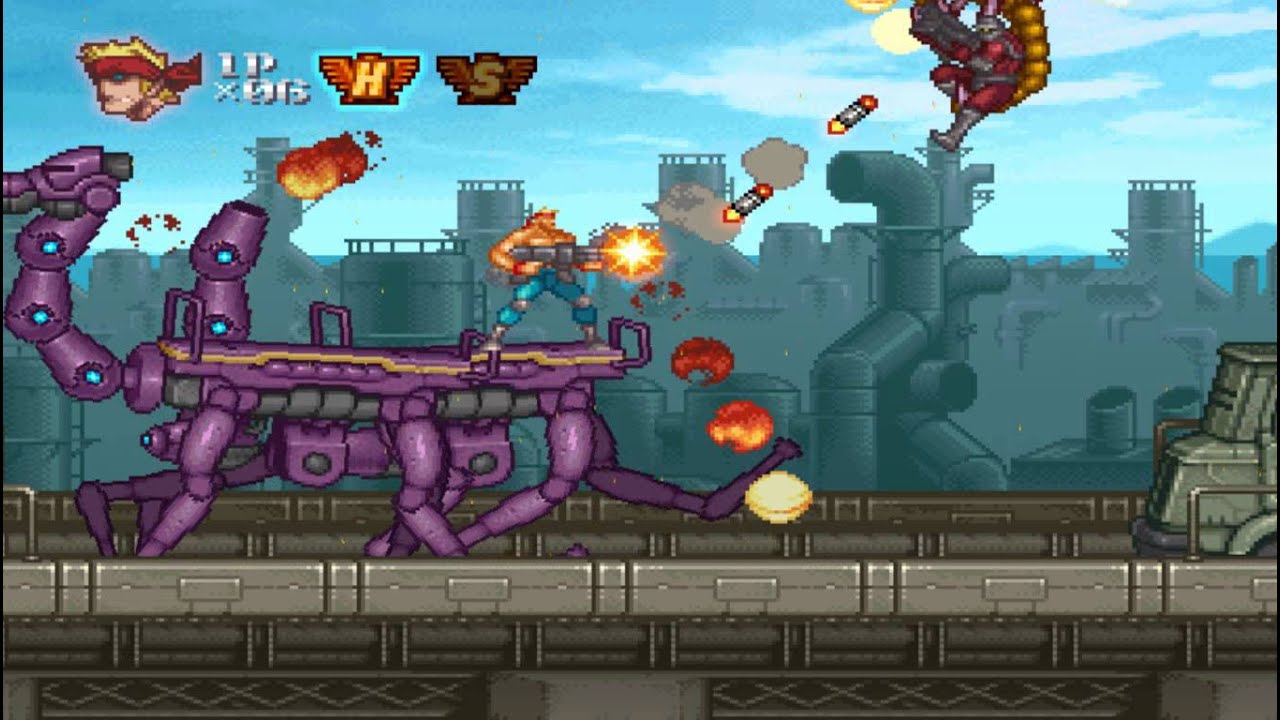 Konami released a trio of ReBrithtitles on the WiiWare service, each new entries in long-running series that served as a “return to roots” experience for players. Castlevania: The Adventure ReBirthhas been in my library since launch, but with my points dwindling, I had to make a Sophie’s Choicebetween this title and Gradius ReBirth. I hope time will prove my decision to be wise. 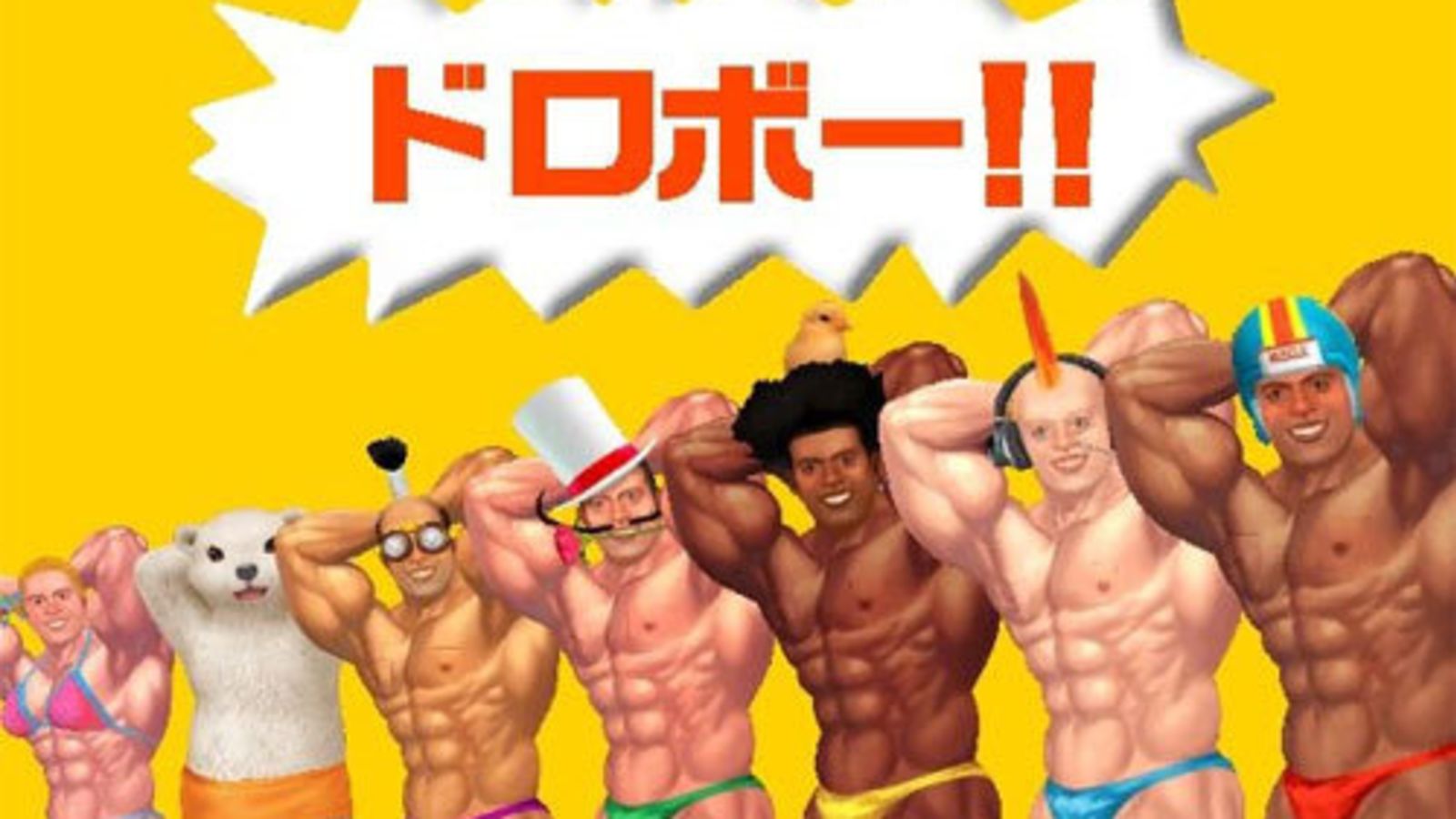 How I didn’t own this title I’ll never know. Bandai Namco’s weird and wonderful auto-runner found its way into my collection thanks to the recommendation from Jonathan Holmes about its soundtrack.

For those keeping count, my purchases of those four games left me with 300 Wii points. I ended up spending those on some DLC for My Life as a King, but man-oh-man how I wish I had just $20 more dollars worth of points so I could get Gradius ReBirthand DoReMi Fantasy. I’m not mad about missing out on those titles, but there is a level of resentment stirring inside me over the fact that all this is happening in the first place, that Nintendo is allowing years of gaming history to go dark. These aren’t just third party and indie games finding themselves shipwrecked to the service, there are Nintendo titles too. Games like Excitebike World Rally, Eco Shooter: Plant 530, the Art Style series, Fluidity, those Pokémon Mystery Dungeon games that never saw release outside of Japan, and You, Me, and the Cubes will soon be lost to history if not for the efforts of pirates.

I understand there is no money in preserving this service and it’s pretty unreasonable to ask a company known for its unusual controllers to support those peripherals on every new piece of hardware it releases, but this is unacceptable. The Wii Shop Channel represents people’s work, their art, their livelihood, and the developers large and small that took a chance on this underpowered console when all the big publishers were pushing their titles to more capable hardware.

Most people look back on the Wii era and see it defined only by first-party titles and the mountains of shovelware that ate up shelf space at Walmart and GameStop. I look back and see…well, I see those too but I also see WiiWare and everything it did, along with the Xbox Live Arcade and PlayStation Store, to usher in the modern era of indie console gaming. These aren’t just games, they’re heritage, and if we lose access to these titles, we just might miss out on great experiences down the line from people who could have been inspired a WiiWare game if they only got a chance to play it.