I don’t think I’ll stray far from Valla (especially now that I have her Master Skin), but I have been stockpiling gold for another Diablo character in Heroes of the Storm — Kharazim, Monk of Ivgorod.

At gamescom, Blizzard opened up about the Monk and shared details on two other heroes (Warcraft‘s Rexxar and StarCraft‘s Artanis) as well as a new three-lane map, Infernal Shrines.

Players can specialize in one of three paths for the Monk based on their preferred play style and/or team composition. (You’ll know if you chose wrong, haha.) “Kharazim can select Iron Fists to gain bonus attack damage, Transcendence to heal himself through melee combat, or Insight to restore mana and find a balance between both offensive and defensive roles,” according to Blizzard.

Also, he does one-handed push-ups. 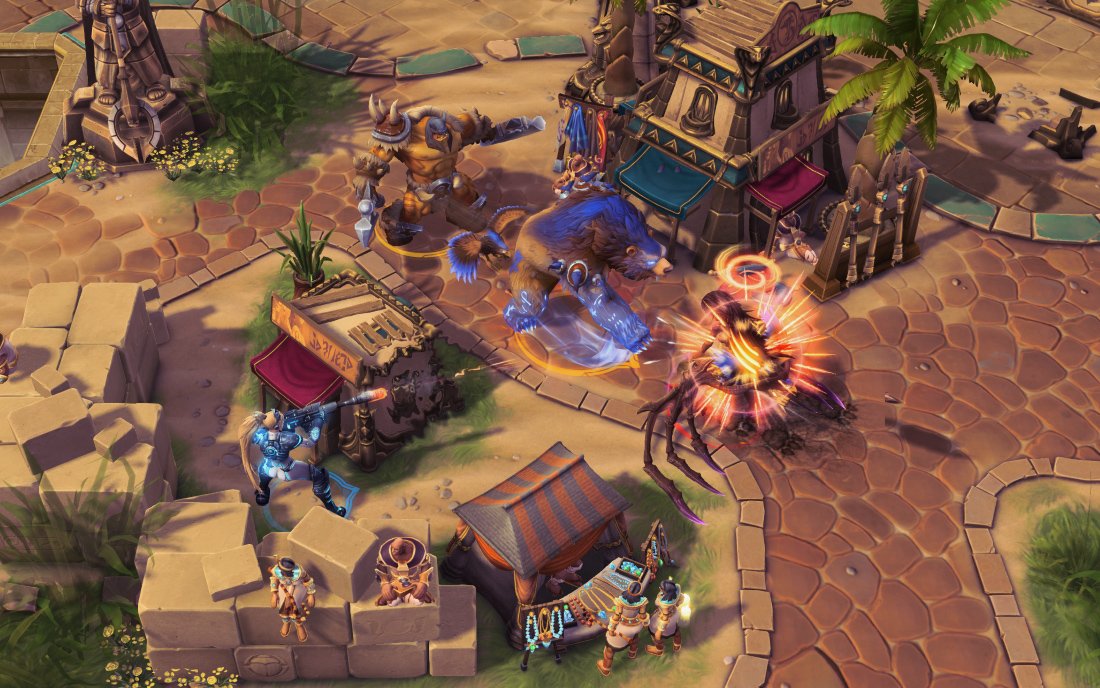 The beastmaster Rexxar will bring his bear Misha into the Nexus to annoy the crap out of enemies and absorb damage. As someone who prefers ranged characters, I’ll have to at least test him out.

As for Artanis, Blizzard doesn’t have much to show yet, but calls the warrior a good choice for players who prefer to “get up close and personal with their enemies.” He’s certainly no Fenix.

The next battleground, Infernal Shrines, isn’t much of a departure from the last map, Battlefield of Eternity, at least in terms of aesthetics. (So long as it’s fun, that’s fine by me.)

Instead of fighting alongside a heavenly or hellish immortal, “Teams can unleash this power by activating a shrine, defeating its guardians, and summoning a devastating Punisher to fight for them. These powerful bosses will spawn with one of three deadly affixes — Arcane, Frozen, or Mortar — and will hunt down nearby enemy Heroes as well as pushing the lane closest to their shrine.”