These Katamari Damacy cookies are too cute to eat

Katamari Damacy is back in our lives with the recently released Katamari Damacy Reroll for Nintendo Switch and PC, but did it ever leave in the first place? Not a chance! A large part of that can be credited to the oddball series’ adoring fans. They never stopped making cheery art and other creative works.

Look no further than Tumblr user Cowabunga, who whipped up delectable cookies based on some of Katamari Damacy‘s many cousins. They’re gingerbread (a personal favorite) with royal icing. 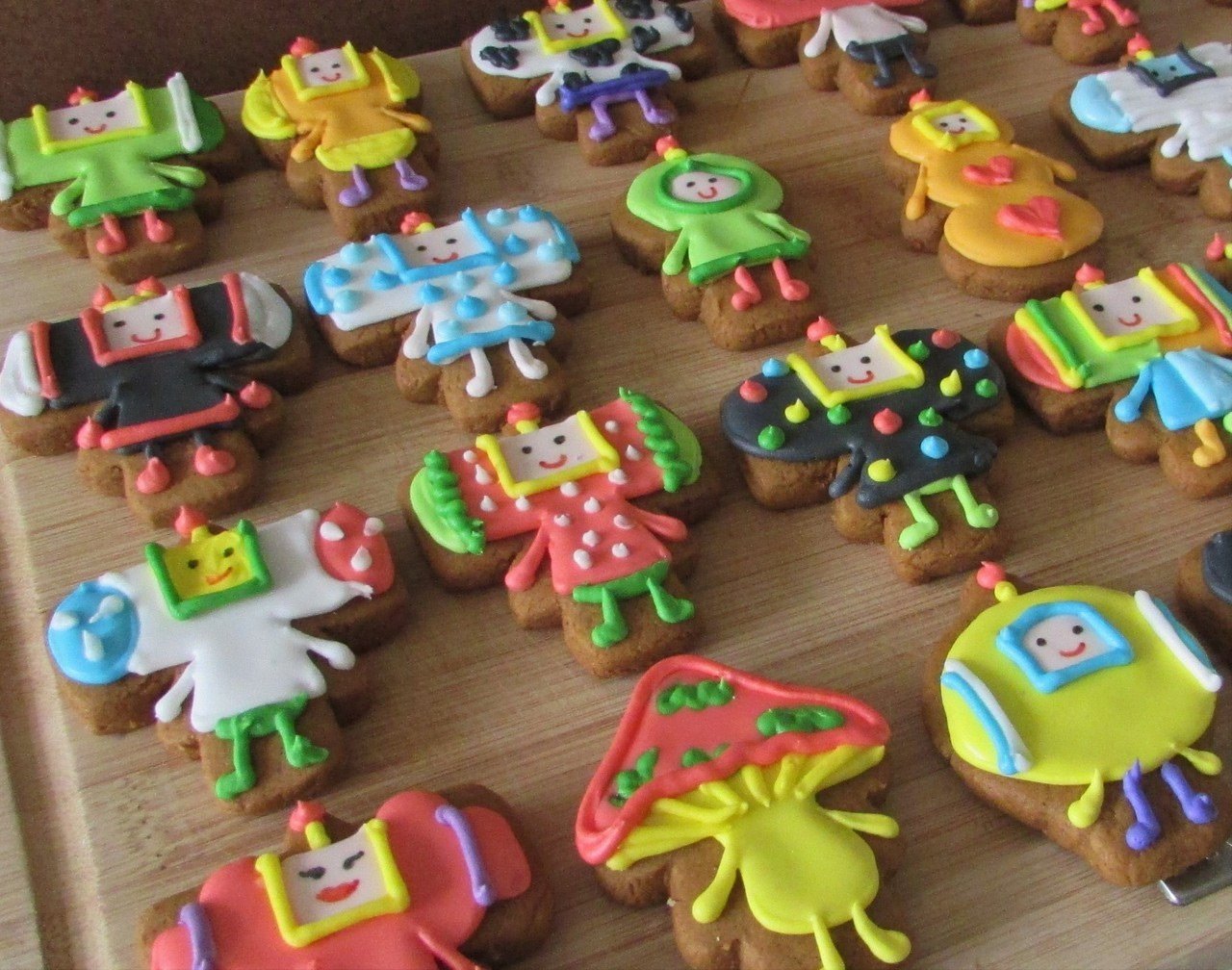 The cookies were cut by hand. Here’s Cowabunga’s process: “I draw the shape on paper and then use packing tape to essentially laminate it so it doesn’t get ink or pencil on the cookie and the cookie doesn’t get the paper greasy and soggy then I cut that out and use it to trace over and over on the dough.”

I don’t know if there are any cookie cutter makers in the room, but if so, you’ve got an opening. People would absolutely buy a Katamari Damacy-themed set and I’ve yet to turn anything up.