To go along with its upcoming Blizzard World map for Overwatch, Blizzard is also preparing a line of character skins that pay tribute to its legacy. I thought the map was a clever-enough idea, and I think it looks fine, but this… it’s hard not to get over-excited about this. I need those Nova and Sonya skins!

The outfits and other new cosmetic items will be available in normal (non-event) loot boxes and are scheduled to join the game early next year. Check out the close-ups from BlizzCon in the gallery below.

New cosmetics are coming to Overwatch in early 2018!

Chris also snapped a photo of some Bowie-inspired concept art for the newest Overwatch hero, Moira, which I absolutely must have as a skin. I’m going to start saving up now for this amazing look. 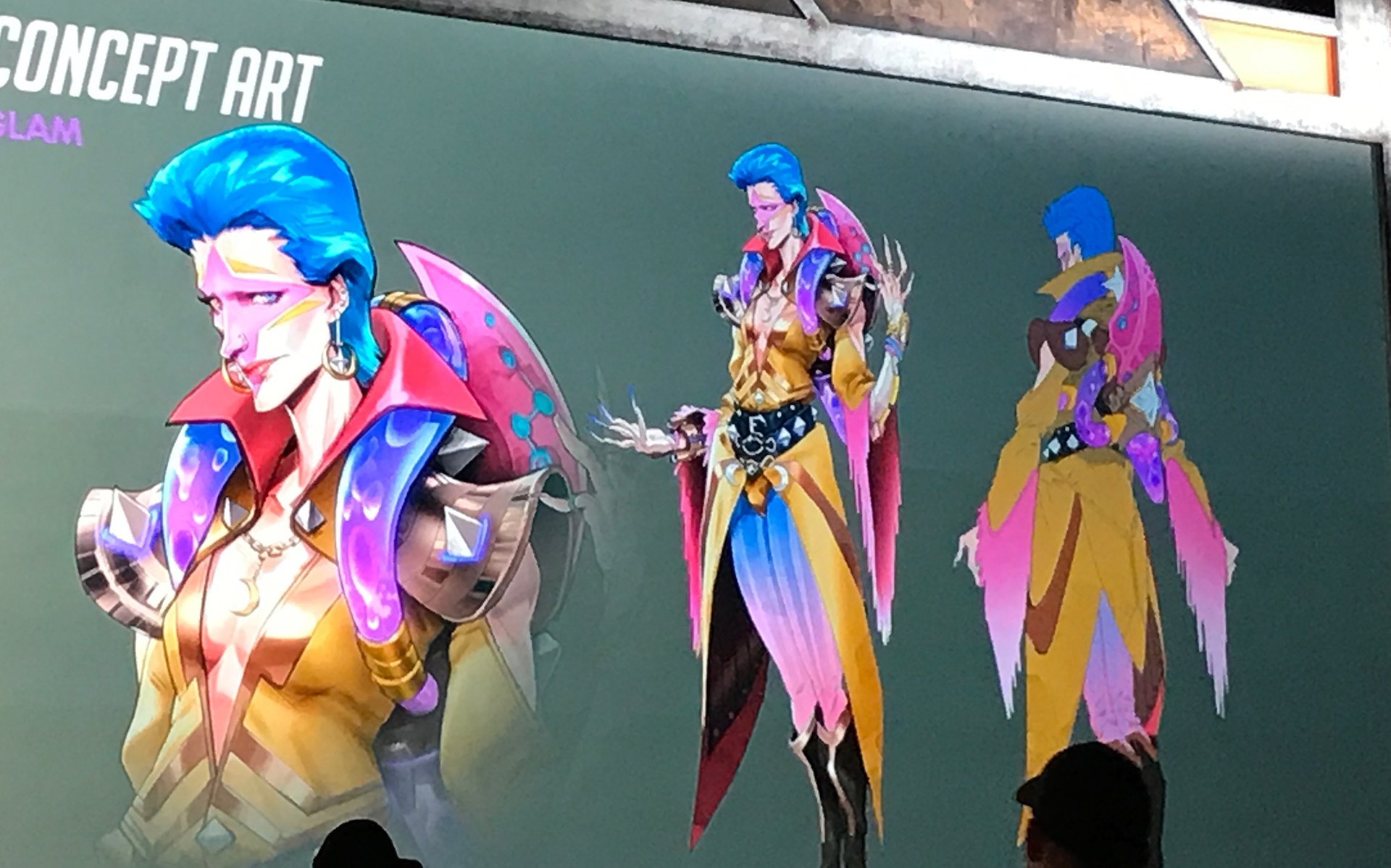