Play the hero or the villain

Swimming in a sea surrounded by fantasy and action games at PAX East was a grisly number,This is the Police. I had no idea what to expect going in and ultimately ended up staying for almost an hour, craving more after I left.

This is the Police is a story-driven strategy game filled with tough moral choices. You play Jack Boyd, a hardened cop (excellently voiced by John St. John) who is forced into retirement by the sleazy mayor of Freeburg. Jack has six months left until retirement, but with no pension is forced to find another way to secure his future.

Thus enters the tempting life of crime. Since Jack is the Chief of Police, he controls all aspects of the precinct and can dispatch various officers to hunt down offenders and protect civilians. Or, if the player chooses, he can carry on side work with the mafia by choosing to ignore certain crime scenes or sending officers to protect known criminals. Throughout his numbered days as Chief, Jack has to walk a fine line between pleasing the mayor’s office and the mafia — if he plays it too safe Jack claims no fortune for his future and likely ends up with an early game over. If too much is risked, everything could be exposed.

The player has 180 game days to figure everything out including managing staff, making requests to the mayor’s office, and responding to daily emergencies. Hire the right people, fire the wrong ones, and motivating the staff to perform well is all part of the daily stress of the job.

The day runs by quickly with daily missions popping up along with decisions on who to send and how to respond to stressful situations. Do you chase the perpetrator on foot or drive through a window? Do you throw a sex doll at a gunman or shoot them? The counter times down and other missions might disappear while you decide.

The police force that serves you has various levels of commitment, professionalism, and hidden issues (like alcoholism) that affect the work they do and the outcome of each mission. Your staff can also easily die if you select the wrong combination of people or if you’re just out of luck. Losing civilians can also anger the mayor’s office, which causes further consequences.

Occasionally, missions from the mafia or other corrupt organizations will pop up and you can choose to refuse them or take them on for extra cash — for example, they might ask you not to send an officer to a carjacking by the wharf, or have you send an officer to threaten someone on the mafia’s behalf. Refusing the mafia too many times can send you to an early grave, but the game gives you no indication of how close you are so it’s up to you to determine how much to risk. 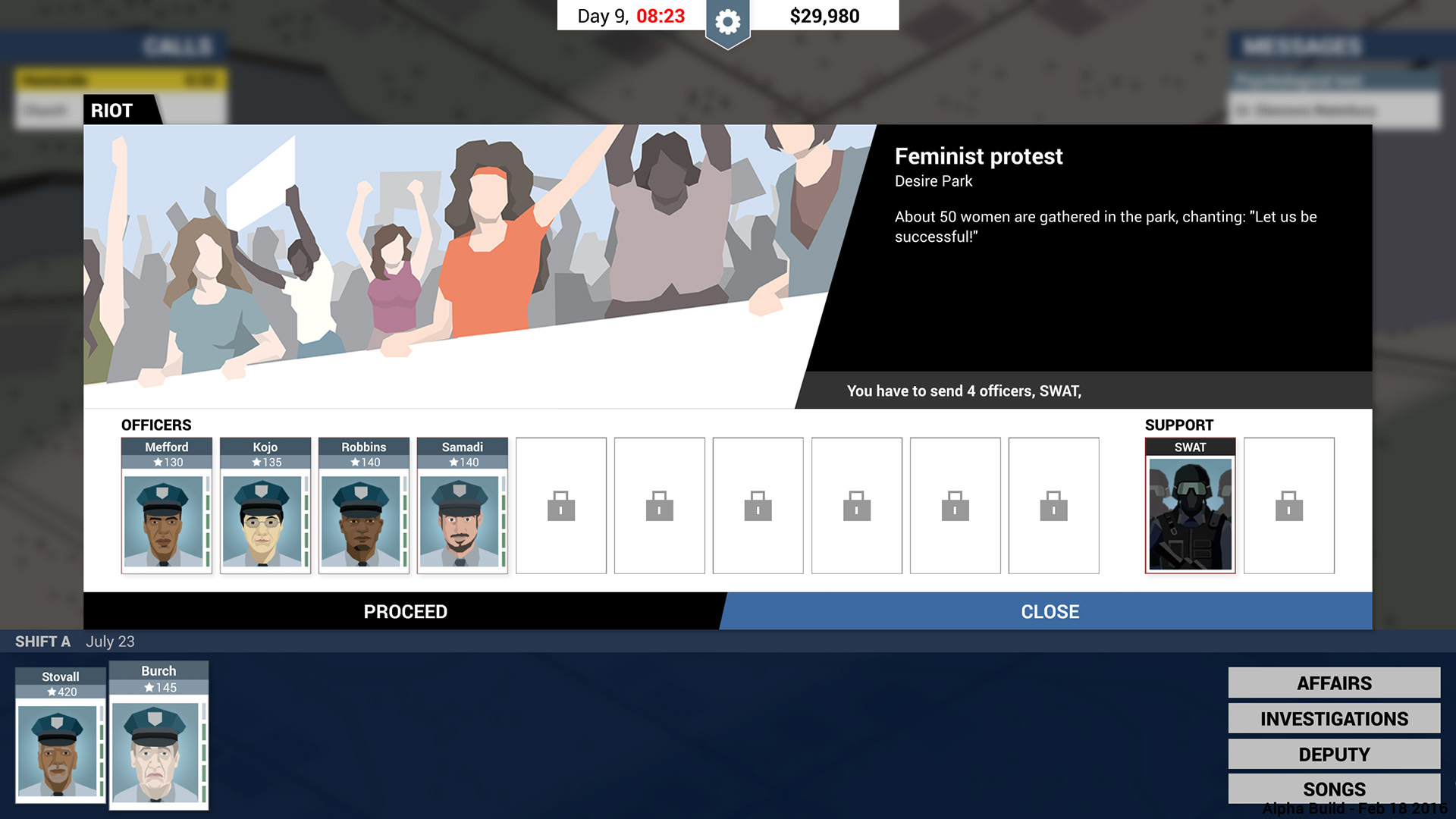 In between the daily shifts, the story progresses via a comic book montage from the perspective of Jack. Throughout these scenes, players catch a glimpse of Jack’s personal struggles and how everything is affecting him.Sometimes choices also need to be made in these vignettes, which can also affect the plot and how Jack is perceived by others.

I found This is the Police extremely intriguing, especially because it reminds me of Papers, Please inthe sense thatyou play a generally good guy involved in various political and underworld tensions coupled with timed, dynamic, hard choices that must be made quickly. It’s not quite as depressing, but it’s also not a happy game for sure.

It faces taboo subjects such as rape, gender, race, and age. At one point, the mayor’s office demands that you fire all black people due to rising racial tensions in the city, and you have to make the moral decision to keep business as usual or give in and fire your staff. Another situation calls for you to quiet a feminist riot, and for some reason, I was able to legally fire one of my policemen for being too old. I hope they land these issues in the right way when the game releases.

This is the Police is set to release this summer on Steam, with console release later this year.