This is what happens when you forget to pack your jersey

Sometimes you gotta get creative

Rocket League‘s ELeague tournament kicked off today, and it features the top eight teams from Season 6 RLCS — which just wrapped up a few weekends ago. ELeague is in Atlanta, which means all those European squads (and one Oceania squad) had to get on another long international flight.

FlipSid3’s Kuxir97, a longtime veteran who has participated in plenty of LAN tournaments, forgot to pack a very crucial part of his wardrobe: His FlipSid3 jersey. So he innovated and made his own Jersey of Shame, complete with sponsors and everything. It doesn’t look half bad for a Sharpie-on-cotton bastardization! Kuxir’s teammate Yukeo drove home the ridiculousness in an interview by saying “He has to pack two things: His jersey and his controller.”

This isn’t the only weird thing about Kuxir today. The man who can always be found in the Batmobile is playing in the Cyclone for some reason. I’ve never seen a professional play Cyclone. Also, Remkoe, who’s on We Dem Girlz which is FlipSid3’s first opponent, is playing in Venom — another car I’ve never seen used at a tournament of this stature. Whatever, both of these guys are World Champions. They can do whatever they want. 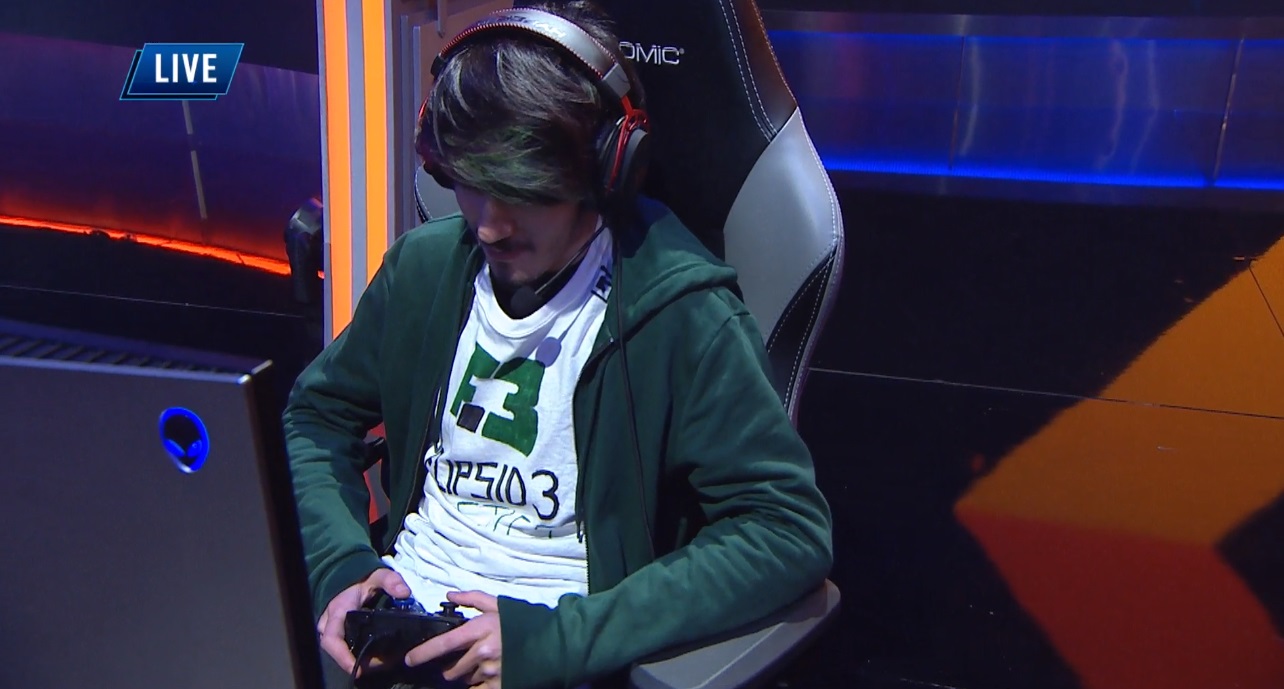