Titanfall's 'Expedition' DLC is fun, but not entirely worth the cash

Only three maps, and one is a waste

Titanfallcame, and it hasn’t gone just yet. Although I didn’t find it to be the be-all, end-all of FPS games as we know it, it’s a fun experience that I still play from time to time alongside Call of Duty: Ghosts.

The time has finally come to see what Respawn Entertainment has got in regards to its map packs, but if Expeditionis anything to go by, the studio has a lot to learn from the competition. 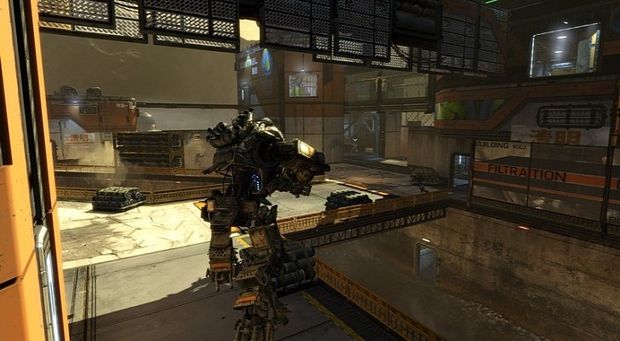 First up is Runoff, and I’ll be frank here — this isn’t a very good map, especially for a premium DLC pack. It features a similar arid factory theme from a lot of other maps in Titanfall, and doesn’t do anything different thematically to justify itself, both from a design standpoint and in terms of the actual layout.

It’s like a mix of Colony’s shallow open water andAngel City’s multiple level buildings — and if you’ve played those maps, you’ll know exactly what to expect from it. Sadly, it’s too plain to really make a mark on the game and justify one-third of the map pack’s $9.99 price. 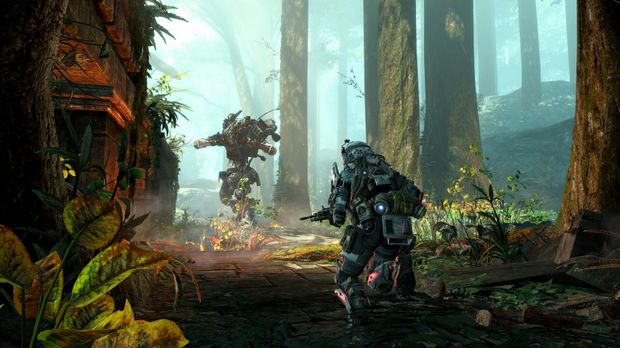 Swampland thankfully is a much better effort, resembling nothing else in the game. It’s a stark contrast to the overcrowded industrial theme, and if you loved Lagoon you’ll really enjoy this one. It evokes feelings of the Forest Moon of Endor in a big way, and the ruins with multiple levels are a nice touch to make it stand out.

There’s also one fallen tree that allows you to run reallyhigh up, which makes for some fun jumps and Titan rodeo aiming. I would have liked a bit more detail in terms of the foliage and the swamp itself, but this is one map that I’m going to enjoy playing for weeks on end. 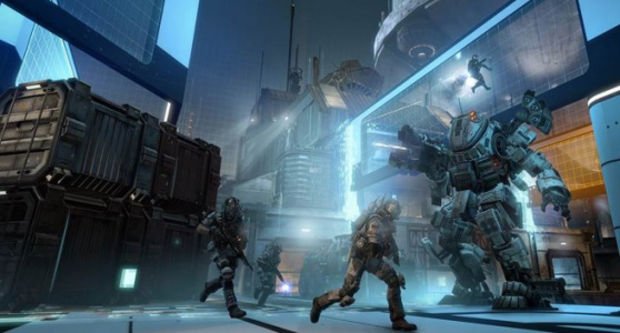 War Games is the last piece of the puzzle, and easily the best map in the game so far. It’s so different that nothing else comes remotely close thematically, as it’s a rendition of the training simulation from the core game’s training mode. Even the intro is unique, as every match actually isa simulation rather than a real-world conflict — so it fits into the continuity nicely. With lots of bright colors (mostly neon blue and orange) War Games comes alive the minute you step in, and it oozes style at every turn, even going as far as providing unique death animations to fit the simulation theme.

The map itself is rather large, and is made up of multiple environments mixed together. It has a cool effect where you can see where each theme ends and the other begins with broken pieces of data littered about the ground. Mechanically it’s also sound, as there’s lots of opportunities to let loose and wallrun around, with one particular area featuring a continuous left to right wallrun area. If Respawn wants to justify its DLC, it needs more maps like this. 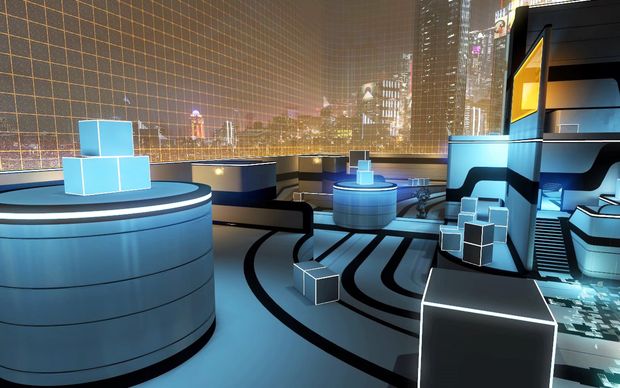 For its first game and first DLC pack, Respawn could have done a lot worse, but the studio needs to innovate more for premium content. While Battlefield and Call of Dutyare adding enticing naval warfare and alien-centric DLC respectively, Titanfallfeels a bit bare-bones in comparison with its add-ons. I’ll be waiting anxiously to see what’s in store in the next two packs.