NFC won’t let me be

The near-field communication (NFC) figure craze was at its height this past holiday season. Skylanders,amiibo, and Disney Infinity figures flew off shelves in droves. I know my local Wal-Mart looked like an adorable Battle of the Bulge had been fought, with empty disheveled racks, and tiny crushed Mickeys and Marios littering the electronics section. I’ve dropped around $400 on NFC figures myself in the past three months, so I had to ask myself, “Why am I buying these damn things,” as I peeled my eviction notice off my door.

Luckily, I had the opportunity to talk to Disney Infinity executive producer John Vignocchi about his product, and how certain decisions are made when designing and marketing the popular line of figures and games. It didn’t save me from poverty, but it did help me understand why even though I have Sorcerer’s Apprentice Mickey Mouse, I still have the insatiable urge to buy Crystal Figure Sorcerer’s Apprentice Mickey. 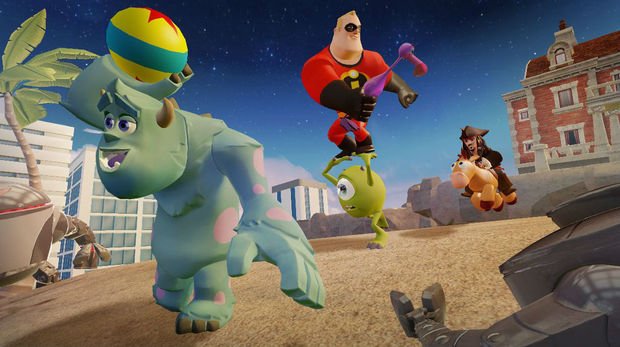 Infinity had its work cut out for it as it entered the market. Skylanders had a monopoly, but Vignocchi stated that all it did was prove market opportunity. The team behind the series knew that the Disney IP, software innovation (through the Toy Box), and higher figure quality would be the key to differentiate the series, and focused on those aspects.

When designing the games and figures, the designers try and follow Pixar’s maxim to “make movies (games/figures) that they would want to see (play).” The most important aspect to them is, does this character “allow us to bring unique and incredible gameplay” to the series? What’s going on in the world of Disney, theatrical releases and other key events, have some bearing on which characters make it to life, but if it wouldn’t be fun to play them, they won’t get made.

I also inquired about the recently released Toy Box 2.0 app for the iPhone, I was curious as to whether a future version of the app would utilize the NFC capabilities of the iPhone 6 and 6 Plus if they were unlocked by Apple. Vignocchi stated that the approach right now was to consolidate and connect the Disney Infinity series across all platforms, console, iOS, and PC. Right now the figures are unlocked on PC and iOS via a unlock code included with the figures, and did not mention plans to expand NFC capabilities to any other platform. 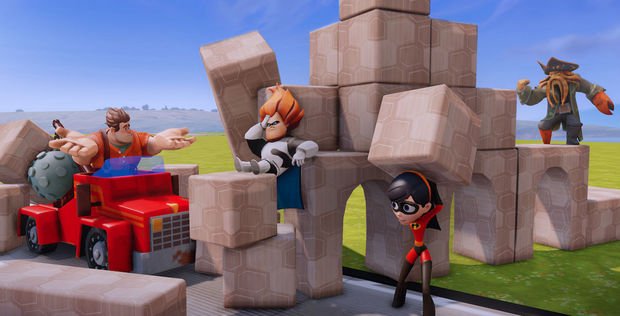 My final question concerned a dream of mine I’ve had since I was a child, to go on a magical adventure with Boba Fett, The Hulk, and Mickey Mouse, and being two-thirds of the way there has haunted me for months. The first Disney Infinity release was solely Disney properties, 2.0 added Marvel to the mix. I was hoping I would get confirmation that Star Wars was part of a massive Disney Infinity 3.0 that also included favorites from original LucasArts games, so that I could finally give up on the material world beyond my Disney Infinity playsets and PlayStation 4. Unfortunately, Vignocchi stated that he had “nothing to announce at this time.”

But for a moment, I felt like I could sense a twinkle in his eye from across the Atlantic.