Impressions of the re-release

I may not have picked it up in two years, but I still remember every second of Brothers – A Tale of Two Sons. It’s just that kind of game. It leaves you in a more fragile mindset than when you started. I don’t care if that sounds hyperbolic;Brothersaffected me and many others very deeply.

Time hasn’t caused me to drift from this feeling. I recently played through all of Brothers – A Tale of Two Sonson Xbox One, and I have the exact same attitude that I’ve maintained for two years. It’s still a fantastic emotional journey, and the controls still aren’t worth a damn.

The first point is particularly poignant because I knew all the twists and turns lying in this game’s narrative. Even so, it was captivating to see them play out yet again. I got the familiar flutter in my chest watching two birds affectionately perched on a branch together. My stomach sank in the exact same way for the man who was left to grieve beside his recently deceased family. 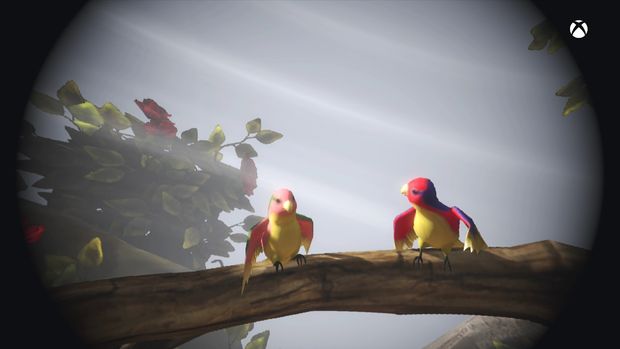 Yet, the controls — a scheme that’s supposed to represent the bond between the siblings — is as ineffective as ever. Again, I never got a consistent feel for how to operate the two in tandem. Everything would be fine for a moment until one veered into the wall, meaning I’d have to stop controlling one to focus on another and the whole harmony was ruined.

I’ve felt this way the entire time, but it’s such a testament to the rest of Brothersthat a central mechanic can be this broken, yet the game is still superb. Brothers‘ relative ease softens the blow, but the vast majority of titles in this situation would be immediately relegated to a mediocre score and a short-lived legacy. Brothershas far exceeded that fate.

With regard to improvements in this version, I’m not sure there are many. If memory serves correctly, I believe this re-release has a deeper palette of hues. Everything seems richer in color which enhances the experience. More notably, the Xbox One and PS4 re-release includes director’s commentary, the soundtrack, and a gallery of concept art. Inessentials, but a nice addition for some people.

The rub here is that nothing in the re-release is far and away better than the versions on legacy consoles or PC. That’s sort of how it goes with games that launched later in the last-gen life-cycle — there’s a fair parity across those versions. Brothers doesn’t feel like a game you needto play on current consoles. This investment is better reserved for those who missed it the first time ’round, or those who have a burning desire to shell out extra money in hopes that it encourages more titles like this to be made.

For more in-depth analysis of Brothers – A Tale of Two Sons, read my review from the summer of 2013. If you need help with the game’s Achievements or Trophies, check out my guide.