And we got to hear the music again!

One of the greatest old-school shooters of all time is returning to thrill (and frustrate) brand new generations of players. As revealed during today’s gamescom Opening Night Live presentation, Turrican Anthology is now in development at Factor 5. 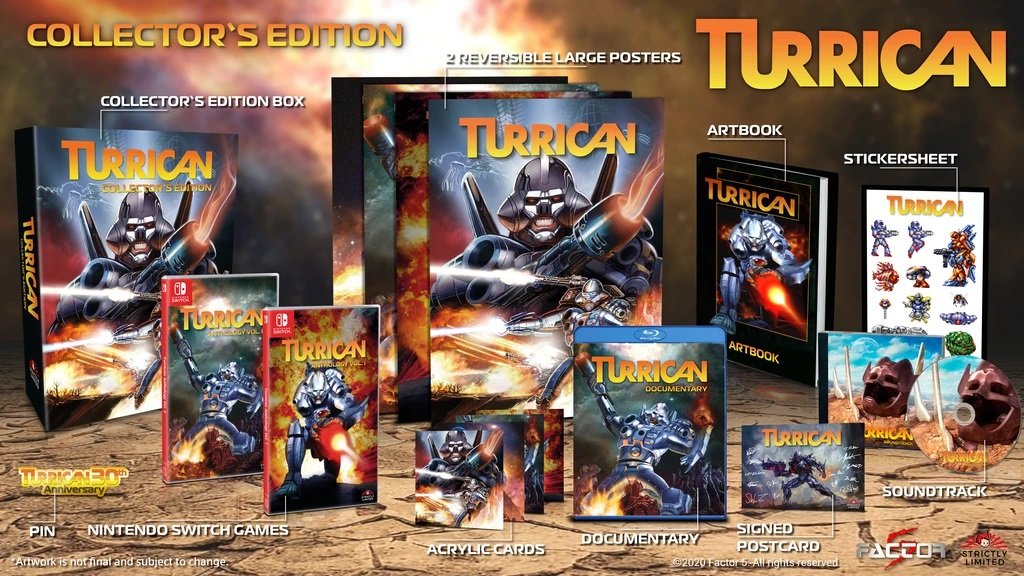 A Collector’s Edition is also available featuring both volumes along with an art book, a sticker sheet, a soundtrack CD, two double-sided posters, and a collector’s box. Finally, an Ultra Collector’s Edition will include all of the above, as well as an enamel pin, an expanded soundtrack, an acrylic diorama, art cards, 4 Amiga coasters, a Turrican documentary on Blu-Ray, and an as-yet-unrevealed figurine. A release date for any of the physical editions has not been listed.

Turrican Anthology is now in development at Factor 5.