The newest day in the Weirdest Timeline sees Ubisoft’s stealth series Assassin’s Creed cross over with Roger Hargreaves’ 1970s children’s book series, Mr. Men. As spotted by Rock, Paper, Shotgun, the two brands are collaborating for a range of six titles based on the time-hopping mass-murder franchise.

“By mixing the Assassin’s Creed sense of adventure and history with the colorful and delightful designs of the Little Mr. Men, these books will appeal to both young and adult readers,” said Ubisoft in the announcement. “Follow Mister Ezio, Little Miss Kassandra, and Little Miss Eivor, as they each try to complete their own missions in the first three books of this series!”

Mister Ezio! He’s a killer! But Mr. Men is a cutesy thing for kids! Much Random! 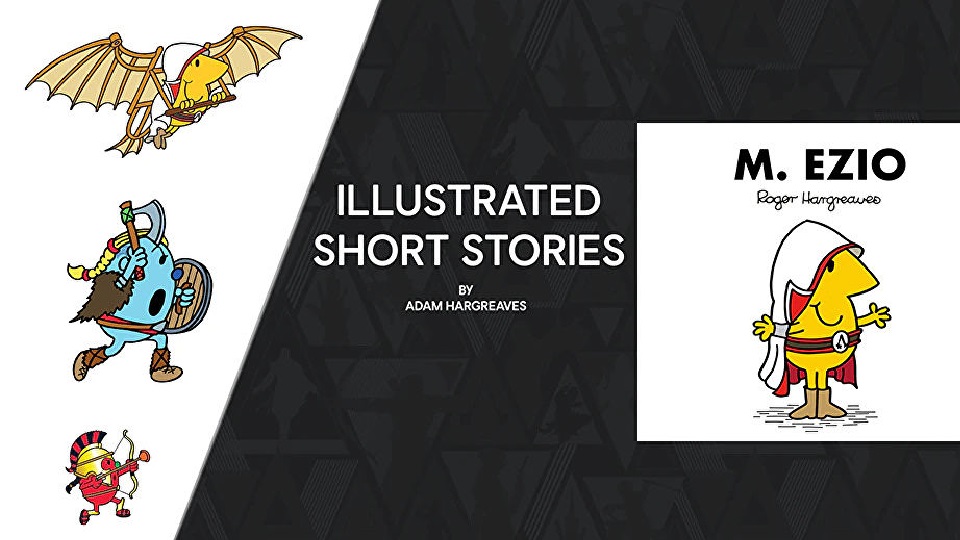 Of course, this range is not strictly intended for kids, and is part of a tongue-in-cheek range of Mr. Men books written “For Grown-Ups.” Previous titles in this series have featured characters from franchises such as sci-fi series Doctor Who, or have themes such as “Little Miss Shy Goes Online Dating,” or “Mr. Grumpy Nails Fatherhood.” The Mr. Men and Little Miss franchise is actually owned today by Hello Kitty‘s Sanrio, although the son of creator Roger Hargreaves, Adam, still writes and illustrates the books.

Now, before anyone thinks I’m getting all “MUH CHILDHOOD!” about this, I’m really not. These books exist for the folk that want to buy them, and that’s fine. I just think it’s tacky, personally. I liken the concept to the sort of brand collision that led to the over-saturation of those dreadful Funko POP! figurines, or those “crappy-on-purpose” action figures that roll out for $30. But I’m not judging, do what you want with your hard-earned dollarydoos.