Just in time for the PlayStation VR launch

With Rez Infinite and now Thumper releasing on October 13, 2016, we’ll be able to go to rhythm heaven and rhythm hell on the same day.

The latter game (PS4, PlayStation VR, PC) sends you, playing as a so-called “space beetle,” hurtling down a winding psychedelic track. The sights and sounds are all very unnerving, which is a major reason why I’ve been so excited about it. That, and the fact that the game has a “mechanical giant head from the future” named Crakhed as an antagonist. I’m dying to know what that’s about.

Developer Drool is preparing a collector’s edition with iam8bit, and pre-orders open tomorrow at 9:00am Pacific. The package includes a game code (region-free for Steam, but North American PlayStation Network accounts only for PS4/PSVR), the digital soundtrack, and a vinyl set. 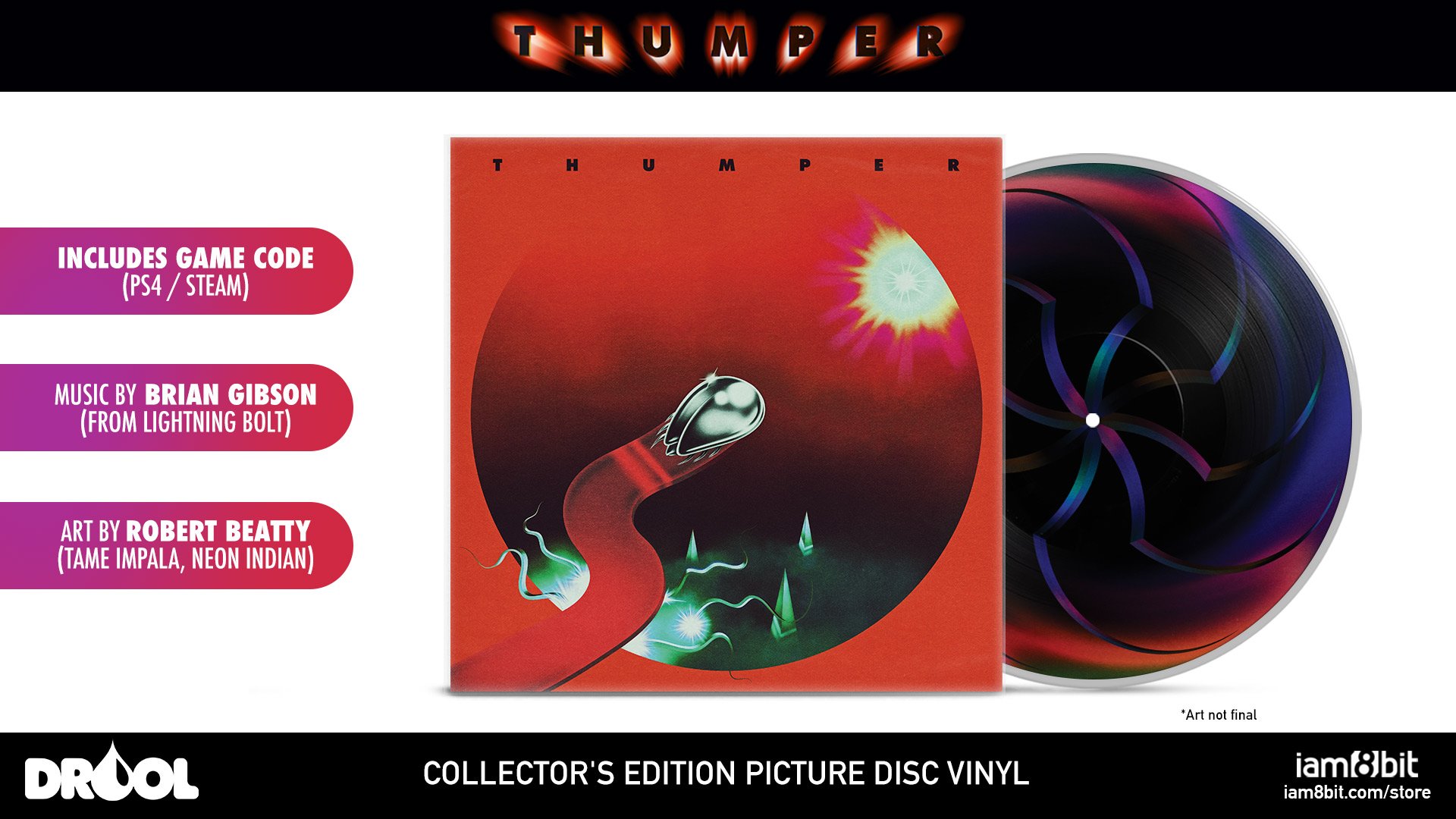 For those of you contemplating playing this in VR, I’m right there with you.