We’ve heard from customers, let’s hear from the devs

[Update 2: tinyBuild has responded to G2A’s response. Referring to the quotes used for the previous update,Alex Nichiporchik told us his team has yet to hear back directly from G2A. “If they provide the tools to combat this — specifically to stop fraudulent key sales on G2A — we’re all for it. They’d really need to come out and be open about this in order for the community to get behind them,” Nichiporchik said.“So far all they’ve been doing is deflecting the actual issue, and this might be another deflection.”

As a journalist, it’s not my job to arbitrate a compromise, so this is where I step back and let these two handle their business. If we hear anything new, we’ll update this story as necessary.]

[Update 1: G2A has responded to tinyBuild’s suggestions. “Tinybuild said that G2A has a smart team who can come up with a solution to solve these issues once and for all. In this statement they are absolutely correct. We accept your challenge tinyBuild,” a G2A representative said in an email to Destructoid.

“TinyBuild CEO, Alex Nichiporchik, and other parties, especially developers and publishers, please co-operate with us to reach a lasting resolution for our gaming industry. Let’s collaborate fast and get a result that pleases all.”

We’ve sent an email to tinyBuild asking for their response, and will update the story as necessary.]

Earlier this week, tinyBuild CEOAlex Nichiporchik wrote a blog post detailing the company’s negative experience with infamous key reseller G2A.Nichiporchik first contacted G2A after the tinyBuild store received a chargeback — a case of someone using a fraudulent credit card to buy a bunch of game keys, only for the charge to fall back on the store itself. This often results in a large amount of debt for the company at worst, and — in the case of tinyBuild — trouble with the shop’s payment processor.

Nichiporchik suspected the charge came from a scammer looking to unload the keys in G2A, which is a totally fair assumption. My personal experience selling and buying through G2A required me to speak with a lawyer beforehand. Anecdotally, some real shady folks do business on that website. This lead him to contact G2A, looking for some form of reparation.

In correspondence with G2A,Nichiporchik learned that keys for tinyBuild games had sold for almost $200,000 USD to date, compared to $450,000 retail value. (G2A did make a salient point in their response; digital games are often sold on sale, and it’s unlikely that any of tinyBuild’s titles sold exclusively for retail value from launch until now)

G2A claims that tinyBuild’s official partners (Humble Bundle, Steam, ect) were the ones providing the keys, a story which Nichiporchik doesn’t buy. “I would be happy to look into that however I will say this requires tinyBuild to want to work with G2A,”a G2A representative said in an email with tinyBuild. “Both in that you need to revoke the keys you will be claiming as stolen from the players who now own them and supply myself with the codes you suspect being a part of this. We will check to see if that is the case but I doubt that codes with such large numbers would be that way.”

tinyBuild refused to procure a list of keys, citing the amount of work that would require. “Having a dozen games out there, and working with half a dozen partners, we’d have to manually trace back through every single batch per game. This doesn’t include the giveaways and promotions we did,”Nichiporchik said to Destructoid. “There’s a general misconception that it’s super easy to track keys — and it could be if you have one game and have done very few promotions with it. We’re a super small team and jumping on that would defocus us from upcoming game launches.”

Nichiporchik is certain some of the keys came from bots trawling giveaways, whereas some came from fraudulent transactions. “Even if we were to compile lists of keys that are suspected to be fraudulent, that’d be thousands and thousands of keys which I’m not comfortable sharing in light of this whole situation.” 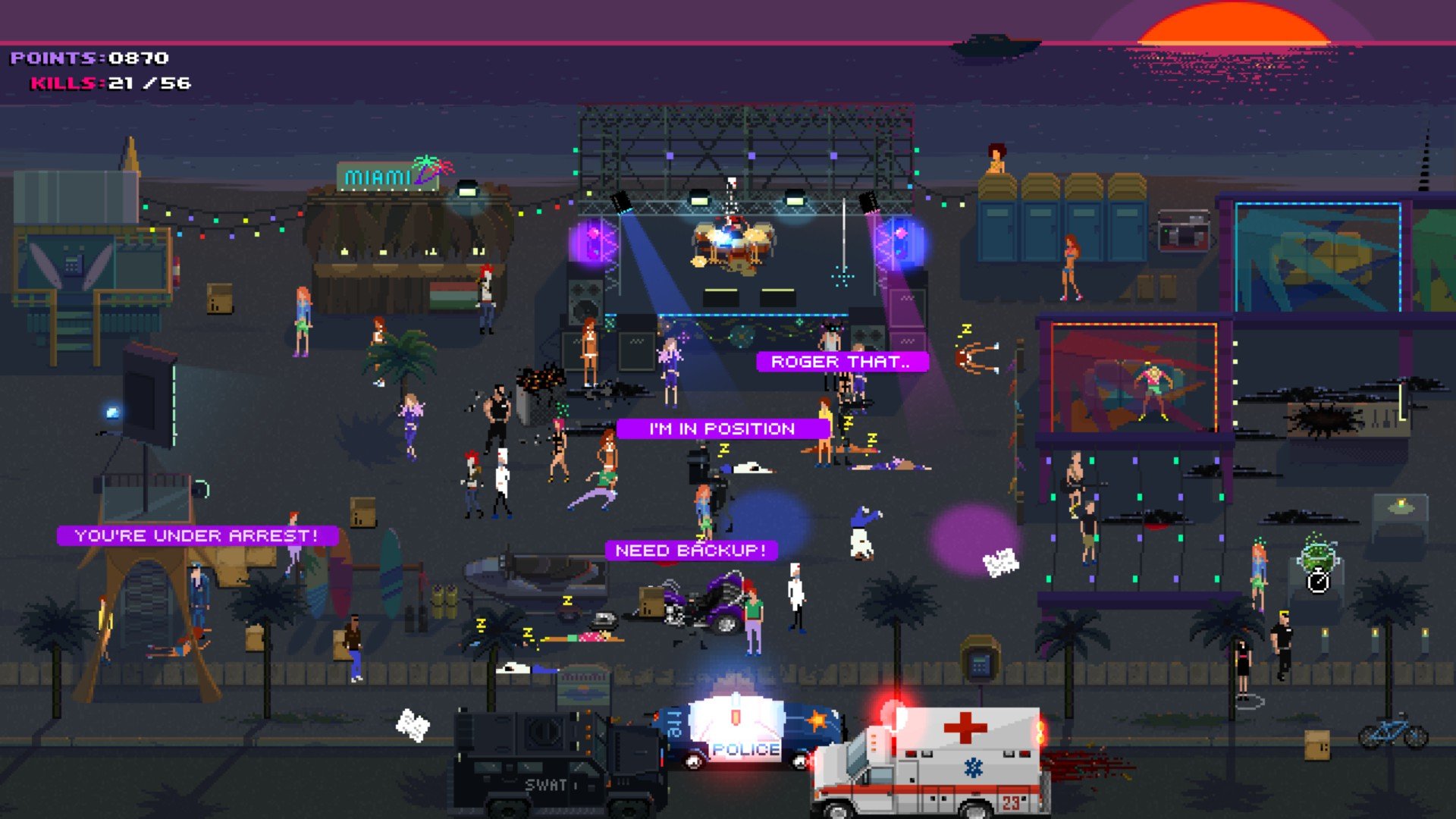 He’s also concerned about potentially deactivating legitimate keys. “We really don’t want to piss off any customers. Even those that buy things on G2A. So as a user on G2A, if I don’t buy their stupid insurance on the site, I am not guaranteed to get a game key that works. So that’d be a bad experience if we deactivate all of the keys right now. It’s not the consumers’ fault.”Nichiporchik cites a previous example, where Ubisoft deactivated Far Cry 4 codes sold through G2A.

G2A, in their official release, doubled-down on the party line regarding the site as a third party. I’ve done my best to legally verifythis claim; it does actually hold water, believe it or not. “It is important to note that G2A is an open doors marketplace where everyone is allowed to sell all types of digital gaming goods. G2A is a common and legitimate point of sale for many developers to sell keys outside of retail distribution, with more than 200 thousand sellers in total.”

In an interview with Game Informer (they’ve been doing killer work on this story, hats off), G2A CEOBartosz Skwarczek claims the company has made strides towards fixing their illicit reputation. “We identified more than 200 TinyBuild product auctions on our marketplace and we suspended all of them, because they violated our terms and conditions,”Skwarczek said.“When there is a suspicion that the seller is not fully compliant or legal, then we ask for ID. We ask for proof of purchase for the product. The sellers haven’t gotten back to us. They didn’t stay in touch with us. We are chasing them, but they have to contact us.”

This is another issue tinyBuild has with G2A’s verification methods. Namely, that no proof is required upfront. “I just made an account and within an hour was able to sell a ton of keys, no verification whatsoever. If Ebay allowed you to sell merchandise without verifying sellers’ credentials, they’d probably under similar fire right now as they’d facilitate stolen goods trade,” Nichiporchik wrote.Again, I can vouch for this. Selling through G2A is dangerously easy.

So, as I understand it, tinyBuild is saying G2A should work with developers to make sure they see a kickback from sales or at least make it harder for criminals to use their site. G2A is saying their keys come from folks like Humble Bundle or IndieGala selling directly through G2A instead of their own storefront, and that tinyBuild should give them a list of codes ASAP.

At first blush, this doesn’t seem that dissimilar to the used game debate we saw during the Online Pass heyday. Except — and this is crucial — GameStop may have criminal trade-in policies, but they’re not exactly known for being a place to move stolen merchandise. They ask for ID when you trade in games, you know? They want verification, on the off chance you stole that copy of 50 Cent: Blood on the Sand. So I don’t think “help us take a bite outta crime” is all that unreasonable of a request.

We’ve reached out to G2A for comment, and will update the story as necessary.