Game developer Cliff Bleszinski has never been a fan of the used game market, and he’s made his feelings on the Xbox One and PS4 policies quite clear — he supports Microsoft’s decision to “redefine” the concept of videogame ownership, in a bid to protect the way videogames are currently made.

“You cannot have game and marketing budgets this high while also having used and rental games existing,” he said.“The numbers do NOT work people …The visual fidelity and feature sets we expect from games now come with sky high costs. Assassins Creed games are made by thousands of devs.”

Clifford’s stance is fairly clear — games are too expensive, and so the customers must be the ones to compromise. This is presented as our responsibility, our fault even. We “expect” good looking games with high marketing budgets, and publishers are forced to comply.

Except … that’s really not true, and while Bleszinski has actually very adequately highlighted the problem with modern videogame development, he’s gone and focused on the wrong part of it. 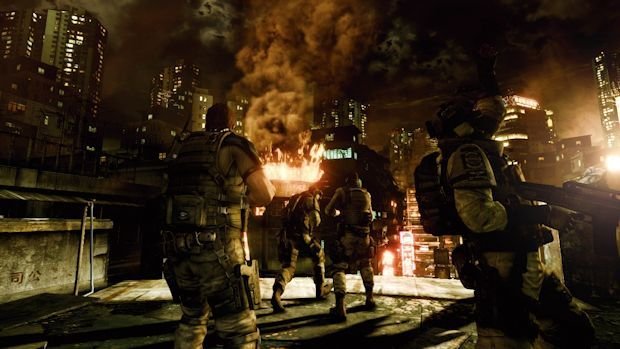 What really infuriates me about the used game debate is that, when people bring up the stratospheric development and marketing costs, it’s treated as though they are noble endeavors, too sacred to be compromised. Rather than ask the question, “Do games need to be this expensive to make?” the question instead becomes, “How can we squeeze more money to keep making very expensive games?”

Why are people like Cliffy B simply accepting the absolutely ridiculous high price of game development as immutable fact, quickly moving on to blame something else instead of examining the problem at its source?

In a good business, the answer to something being too expensive to produce would be to, y’know, make it fucking cheaper to produce. Videogame consoles do this over time — parts become less costly to manufacture, more efficient to put together. You’ll find, with some of the most successful videogames on the market, the same is also very true. It’s just that nobody will admit it.

Look at Call of Duty. Arguably the biggest of the big when it comes to gaming. A veritable powerhouse of profit that tends to be the biggest selling title of any given year. Yet, visually, it’s always a step behind its peers. Infinity Ward and Treyarch have successfully mined years of cash out of the same game engine this entire generation, producing games noticeable less graphically intense than the competition, yet trouncing the pretenders at market every single bloody time.

Even its “next-gen” title, Call of Duty: Ghosts, is running off an enhanced version of the same old engine, and I bet it turns a very healthy profit regardless.

Then we have the PC. A platform famed for being able to produce better graphics than the Xbox 360 and PS3 ever could, and yet let’s look at some of its biggest success stories. Minecraft. Terraria. Hell, Valve and its antique Source Engine seem to be doing just fine, producing games people are absolutely excited for and love to play, despite being nowhere near as expensive to produce or graphically shiny as the Battlefields and the Tomb Raiders of the world.

Even outside of more basic looking games and older engines, we have evidence of smaller teams producing utterly gorgeous games without breaking the bank. I point you to the drop-dead beautiful Metro: Last Light, a game now famous for stunning visuals and an impeccable production value. 4A Games is a humble developer from Kiev, and produced a game that looked as amazing as it did without needing to sell five million copies to survive.

And that’s where we come round to the biggest issues facing mainstream game development — used games and rentals have absolutely bloody nothing to do with the fact that game development is possessed of such total excess that you can’t even succeed with millions upon millions of sales under your belt. I utterly defy you to convince me Resident Evil 6 nearly selling six million copies yet still failing to meet expectations could be blamed upon the used game market. When you’re selling that much, and still failing to make investors happy, something is fundamentally wrong with the process of videogame production itself, not the imaginary dragons of used games and game rentals that are conjured up as quick and easy scapegoats.

If so-called “AAA” games and the used market actually are incompatible, then I say that’s a good friggin’ thing. Anything to dispossesses publishers of the notion that they need to keep dumping truckloads of cash into games to the point where they need to sell more copies than the laws of reality allow. Despite what demagogues and mouthpieces will tell you, the market is not demanding all its games be so expensive to produce. As I’ve said before, the PlayStation, PlayStation 2, and Wii would not have dominated their respective generations if the market put graphics over everything else. People want good games, not these overproduced, pompous, unsustainable exercises in wanton overspending.

It’s not our fault games have gotten so expensive, and I resent the implication that it is. The fact this industry seems utterly fucking incapable of taking some damn responsibility for itself continues to disgust me, and I refuse to shoulder the blame for companies that cannot demonstrate one iota of self-reflection. If something you’re doing is not working, change what you’re doing! Stop trying to bend and break the world around you to try and manufacture an environment where your failed tactics could achieve some perverse form of success.

“You cannot have game and marketing budgets this high while also having used and rental games existing,” says Cliff Bleszinski.