A chat with Alex Afrasiabi and Eric Maloof

It’s insane to me that World of Warcraft has lasted nearly 14 years and is just now preparing to host another expansion in mere days. Having played since the start I’ve witnessed myriad changes first-hand, some small, and some so monumental that they shook the fundamental foundations of the game. Battle for Azeroth, set to debut on August 14 will be Blizzard’s seventh expansion to date.

I sat down with Alex Afrasiabi, Creative Director for World of Warcraft, and Eric Maloof, Lead Quest Designerto get some insight into what made it tick on the eve of its launch. 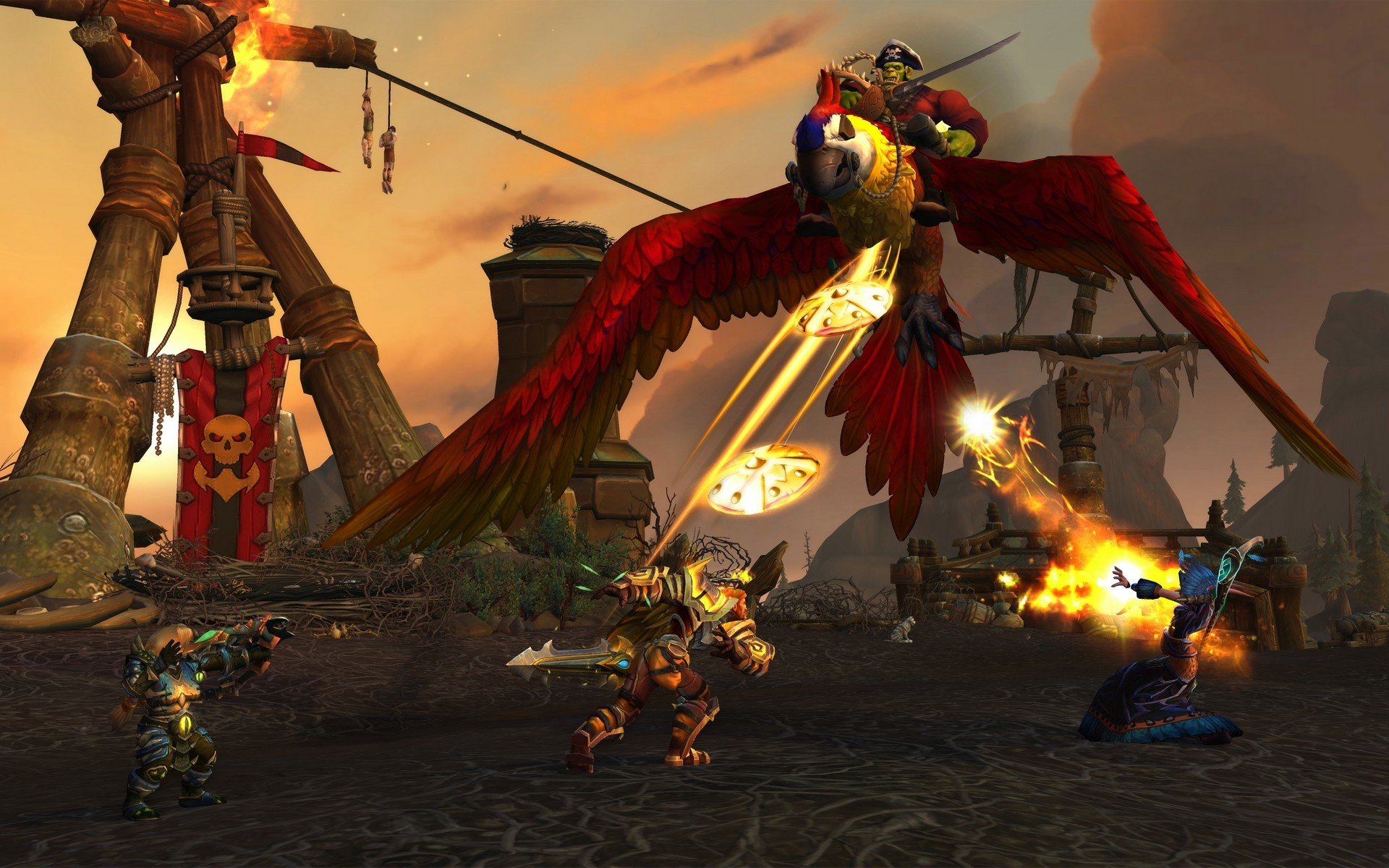 Destructoid: We’ve been waiting to see this whole storyline through before we judge it, but did you expect the response to the recent story events to blow up this much?

Alex Afrasiabi (Creative Director): Does it make me sound cocky if I say “yes?” Eric and I know that we’ve all been planning this for a long time. If people are paying attention this started prior to Legion. There’s a lot more to see, I assure you, and the arguments on the internet are not over yet. Absolutely, this is something we expected. Maybe the levels that people have gone has been a little bit surprising? We were hoping for heated debate but we also got some more toxic behavior and a lot of emotion.

Eric Maloof (Lead Quest Designer): Knowing that the playerbase is simply emotional is good enough for me.

In your view who is the most important character in the lore right now?

Afrasiabi: There are a lot of wheels in motion and a lot of cogs in this political drama. If I were to say on paper who is the most important person, in my opinion I’d say…I don’t know if I should.

Is it Sylvanas? Will I invoke hate mail for coaxing that out?

Afrasiabi: Well it seems like that at the moment right? Well we have a lot of big players here. We saw this withOld Soldier, and we also called this behind the scenes “Lost Honor.” We knew a lot of people would attach to that and his feelings and statements. It’ll continue to resonate for a lot of players. All of them are integral.

What’s the biggest takeaway from the previous expansion, Legion (now that the end has come for that era), that you’re bringing into Battle for Azeroth?

Maloof: On a mechanical side we’re taking the world quest concept and doubled down on the main story arc in our zones. We did not continue the class hall campaigns as you know, but we do have the war campaign that will carry that story over. We have more characters, to be honest [in this expansion] to carry the story side of things.

Afrasiabi: Our storytelling abilities have improved over time from Vanilla (1.0) until today. As we were building Battle for Azerothit’s one of the things we really wanted to push, to tell the whole story. That’s something I think we’re going to continue to push…how we tell a better story in the game. All the books and comics are great and easy to understand, but a lot of those key story moments are missed.

Did you feel like Legion was able to give a proper (if temporary) sendoff tothe Burning Legion, which has been a huge part of Warcraft‘s history,in hindsight?

Maloof: Oh yeah. The Legion really brought it. Our intention there was “no kid gloves” from their point of view all the way down to the culmination of Sargeras trying to finish off the planet, which bleeds over into the new expansion. Everything that we were doing was leading to that moment, I can’t imagine doing anything other than what we did with that degree of awesomeness.

Afrasiabi: I agree, it was a great sendoff for the Burning Legion. It makes the demons way more interesting. Not only did we close a chapter of the game to some degree, but we also opened another chapter entirely. More lore-heavy fans will have a grasp on something like this. There is no more Burning Legion anymore without Sargeras, right? Now without a leader forcing his will upon them what happens? To me that’s an interesting question and tapestry to draw upon. I wouldn’t be surprised to see the return of demons at some point (pauses) unknown to us.

What is the most impactful new idea that’s being introduced in the upcoming expansion.

Afrasiabi: So this is exciting. The most impactful idea is our improvements to [NPC] AI. The Island Expedition feature is incredibly fun and the best part is what’s under the hood. We could have done it manually and spawned that island and characters with set actions and spells and all different types of things for the creatures on them.

But we went a different route entirely with new AI, actual AI in fact, and what that means for the future of World of Warcraftis really exciting. I won’t specify exactly but it’s this real sleeping giant under the cover type of thing that’s exciting for us. You will see this come up in the future.

Tell us a bit about the changes to PVP. Initially it was kind of like the wild west and in Vanilla World of Warcraftitled to all sorts of great emergent situations that were legendary. Now it can be toggled on or off. It took over a decade for this change: what went into it?

Maloof: Well, as with many things when we’re looking at different systems and what works and doesn’t work. I think we were motivated by what was in the DNA of the game. It’s World of Warcraftright? We can do a lot in the realm of PVE but especially for an expansion like this where you have the horde and alliance going at each other, we wanted to create this option so our PVP crowd would be happy. I think war mode is great and I can’t wait to do it as it won’t separate my friends who like to play on the RP server.

Afrasiabi: To me the answer is pretty simple. You have PVP servers that have a whole lot of people on them that didn’t necessarily want to PVP. They were castaways and refugees to some degree. Guilds had been dismantled or they returned to a dead guild and some changes impeded their playstyle. So this felt like a natural decision for us. We want to bring people together who want to do activities. We don’t want to put people into a situation that’s jarring and potentially unfun. In my case going back to a PVP server was a harsh return. We didn’t want to remove the option for PVP but allow them to enjoy it with other people who enjoy PVP. 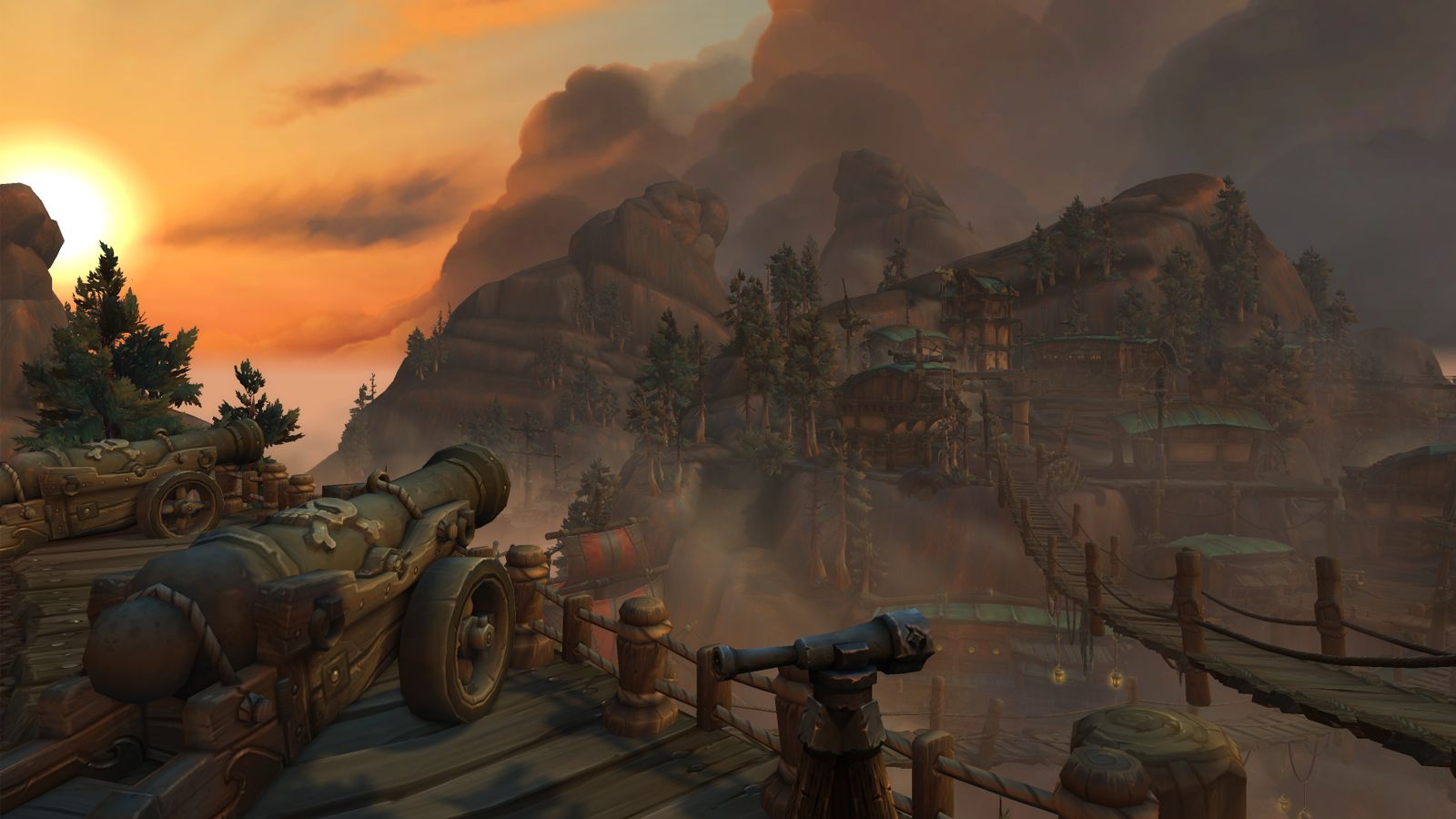 For years folks have been clamoring about “not reading MMO quest text” which has led to a sort of revolution for many developers. To what degree are you aware of this criticism when you write quests?

Afrasiabi: We became aware of it in 2004 (laughs)! The moment where we could basically skip quest text with the instant quest text mod. We became self-aware very early on. That’s why you’ve seen phasing and the in-game storytelling tools. Quest text isn’t one of the best ways to tell the story in the game, it just isn’t.

In fact many of us skip our own quest text. We’re looking hard at a new quest system and although we can’t tell you when that will be ready, it’s coming.

In the recent expansion lead-in quests the Undercity and Teldrassil are destroyed, but players can utilize a feature to go back and time and revisit them. What led to this lack of a permanent impact on the game’s world?

Afrasiabi: WoW is a big game and there’s all types of players and people in the world. The way the story timeline works, your level roughly is the indicator of the story’s timeline outside of the kink of Cataclysm. The original zones hold a story of the Night Elf and Undead, we already have that information distilled out.

Because of the way the storyline plays out it didn’t work out to remove them. It’s a monumental task we might implement in the future.

How much work goes into some of those truly memorable bombshell quests? I’m thinking like theBattle for Lordaeron or the opening moments of Legion.

Maloof: Infinite amounts (laughs). We definitely spend a lot of time on our main storylines both for expansions and individual zones. We iterate on all of our content but opening quests are a little more special I think. I believe with Battle for Azerothwe stepped it up, we don’t want to spoil them but the opening sequences are great.

Afrasiabi: They take about one to eight months if you want a number. It can be that varied.

Maloof: Yeah there’s a reason we have alphas and betas or whatnot. We can’t wait to see people react to what we have in store.