What DLC do you wish was a new game instead?

This conversation is going to give EA a heart attack

One of my most anticipated releases in 2019 is not a new game, but a DLC expansion to Hollow Knight. As a part of its Kickstarter stretch goals, the acclaimed bug-em-up Metroidvania’s developers planned to create a side adventure starring Hornet. To much surprise, Team Cherry revealed on Valentine’s Day that this DLC is instead being created as a brand new game. Thanks to Hollow Knight’s explosive success, a sequel became the best way to deliver on the team’s mountain of ideas to make Hornet’s adventure her own.

It reminds me a bit of Shovel Knight‘s playable character stretch goals. Yacht Club Games originally planned to design Plague Knight and the boys as substitute characters in the existing campaign but instead created fully fledged adventures with new playstyles, level designs, and stories. These expansions even became standalone purchases.

It’s a prime example of Kickstarter design creep, but thankfully, one that paid off well. Even Nintendo is getting in on the action, in a sense.Breath of the Wild’s upcoming sequel exists largely because, according to Eiji Aonuma, the team had too many DLC ideas.

Previously, I had a personal philosophy that adding upon already great games with great DLC was a universally ideal practice (both being great is a requirement, cough cough). And yet, I’m even more excited for Silksong than I would be otherwise and I’m more curious about Breath of the Wild’s successor than I would be for another expansion pack. These developments compelled me to reflect on that philosophy… which reminded me ofRaven’s ChoiceinGravity Rush 2, the one great DLC expansion in a great game I played that left me feeling underfed. 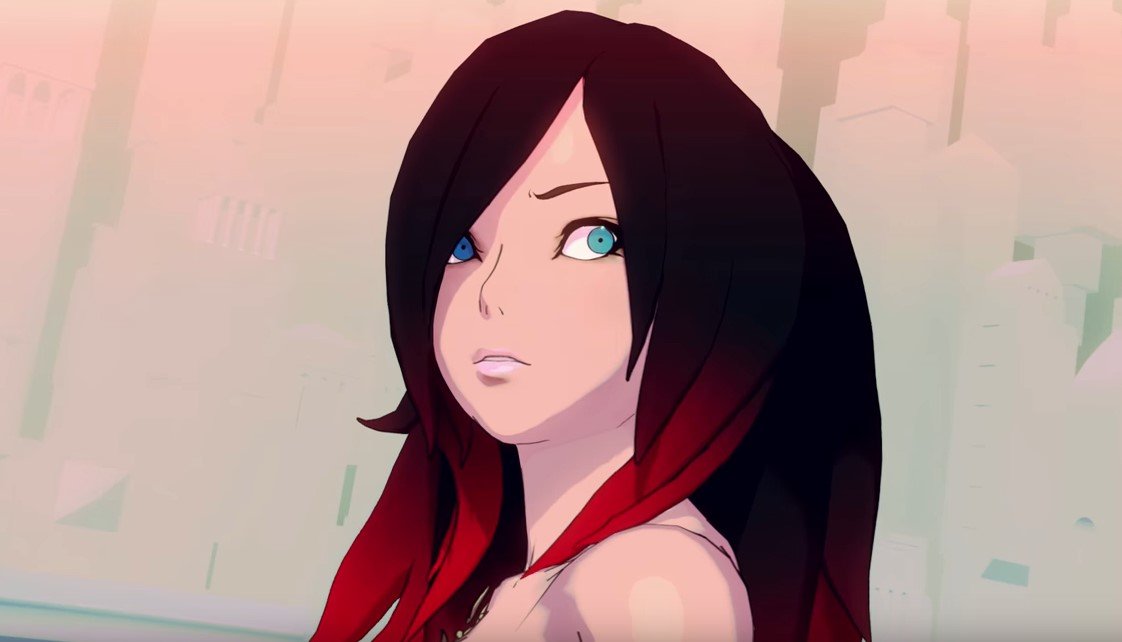 For a bit of context,Raven’s Choice was a brief side story focusing on the titular Raven, who is Kat’s strongest rival-slash-ally and thus this franchise’s most likely candidate for a second playable character. I loved how it offered a deep dive into her past, more of Gravity Rush’s bizarre worldbuilding, and new moves with unique challenges to test them against. But I felt these ideas were more limited by their foundation than most DLC I’ve played.

Whereas Kat’s new Gravity Styles in GR2‘s base game drastically mixed up her playstyle, I felt like Raven’s new moves were mostly vanilla by comparison, as I never felt like I could do anything that Kat couldn’t. The story packed so many answers with so many questions that I still wanted to know much more about her history, her current happenings, and what the heck is up with GR’s mythos. Heck, I would have expected a certain plot point to give her a new Gravity Style-like power if I didn’t anticipate I was nearing the story’s end.

Raven probably wouldn’t have gotten a whole game to herself even if it was pitched in a board meeting. Gravity Rush 2 underperformed so much that its online servers didn’t even live for two years, and this story was still released as a free update. But I envy the alternate timeline where she got that sequel and the chance to spread her wings.I’m going to hand this off to the other staff members as I mourn Gravity Rush’s fate by eating Italian ice. 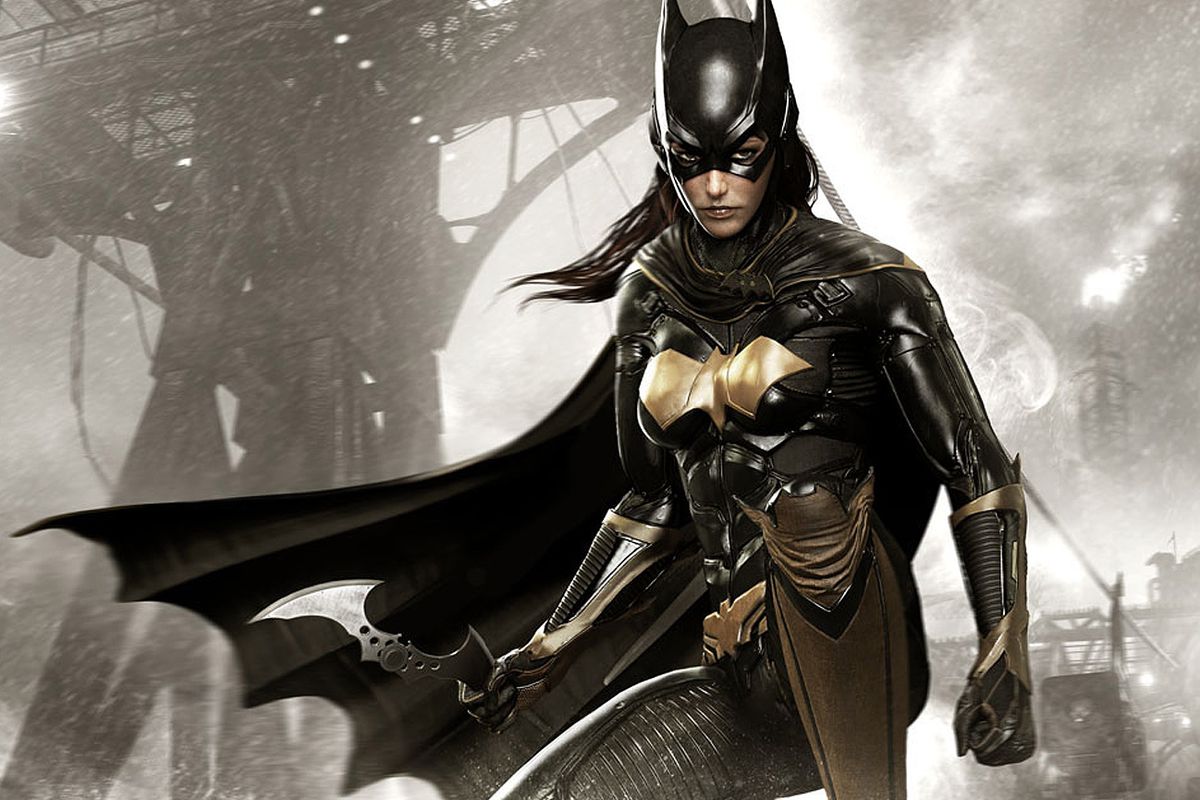 I don’t know why Barbara Gordon is my favorite character in the entire DC Universe. I didn’t grow up reading her comics, wasn’t alive to see Yvonne Craig inject a little bit of youthful feminism into the Batmantelevision series, and couldn’t tell you any of the other women to don the cowl other than maybe a blind lady. I think. She might have been deaf. Either way, it’s a mystery to me why it is I globbed onto her, but the first time I saw the “Shadow of the Bat” episode of Batman: The Animated Series, I couldn’t take my eyes off Babs.

Since then, I’ve consumed just about every piece of Batgirl media I could. Comics, that awful Batman & Robinflick, the various animated incarnations of Batman and friends, hell I even watched an episode or two of DC Super Hero Girls. Those have all been fine and dandy, but what I’ve really always wanted is a Batgirl video game. And we kinda-sorta got one with the Arkham KnightDLC Batgirl: A Matter of Family.

Arkham Knightis arguably the weakest of the Rocksteady-developedArkhamgames. The various episodes released for DLC did nothing to strengthen the product. Most were too short and lacked replay value, but some could also have been turned into their own games. A Matter of Familysees Batgirl teaming up with Robin to save Commissioner Gordon from The Joker and Harley Quinn. It’s set in the absolutely underutilized Seagate Amusement Park, a theme park built on top of an old oil rig. Batgirl controls more-or-less exactly like Batman, and even if the area is small, Rocksteady could have transformed it into its own, stand-alone game, perhaps giving even more obscure villains from Batman’s Rogue’s gallery some time in the spotlight. Roxy Rocket, anyone?

There aren’t nearly enough female superhero video games. For the longest time, there also weren’t a lot of female superhero movies. But we’ve now seen just how profitable female heroes can be, and I can only hope WB gets that message and starts licensing Batgirl out to willing studios. 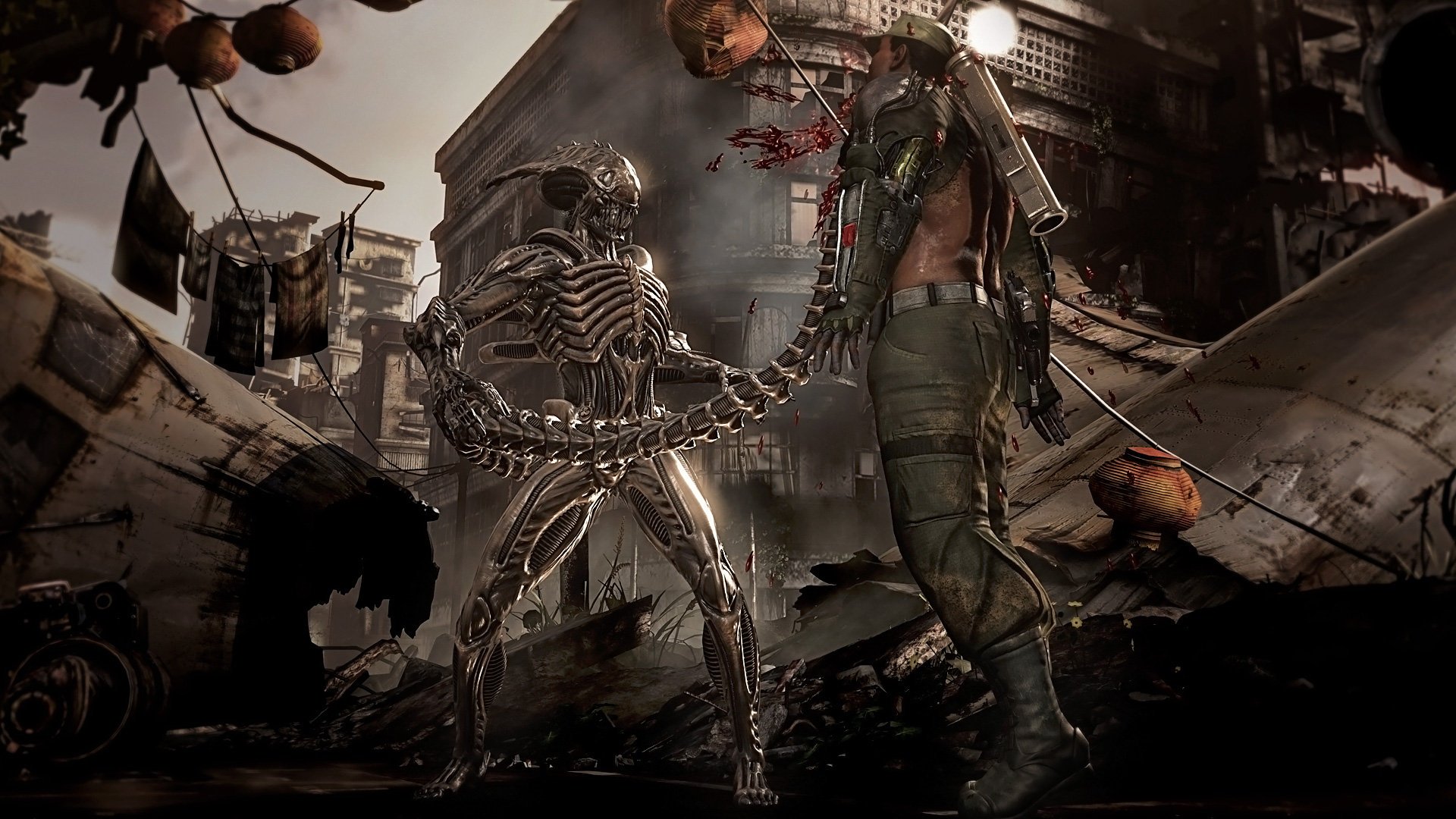 MK9 kicked things off right by adding the nightmarish quasi-pedo Freddie Krueger (I love how absurd his whole trajectory is, BTW). X really brought their A-game with Leatherface, Jason Voorhees, the Predator (not Freddie), and a kinda-shittily-mixed-with-Baraka-but-cool-nonetheless Xenomorph. That’s really, really cool. And if rumors/leaks are to be believed, 11 is getting the Terminator and Ashley J. Williams.

Clearly, getting licenses to have these characters be ripped apart piece by piece hasn’t been an issue for Netherrealm — so why not break them all out and make a fighting game featuring licensed characters from these movies and more? Putting them all in one would finally give us that Freddie vs. Jason vs. Ash adaptation we’ve all always wanted; we could finally settle the debate between Ghostface and, uh, Hookman from I Know What You Did Last Summer; and fuck it, if we’re adding in Ash, why not throw in Mia from the incredible 2013 remake while we’re at it? Give me some Pinhead and Pennywise and baby, you’ve got a stew goin’.

Mortal Kombat is fine and its characters are fine. But man, a full-on MK-style fighting game with all of these awesome licensed horror icons would be awesome. Let’s do that, Netherrealm. 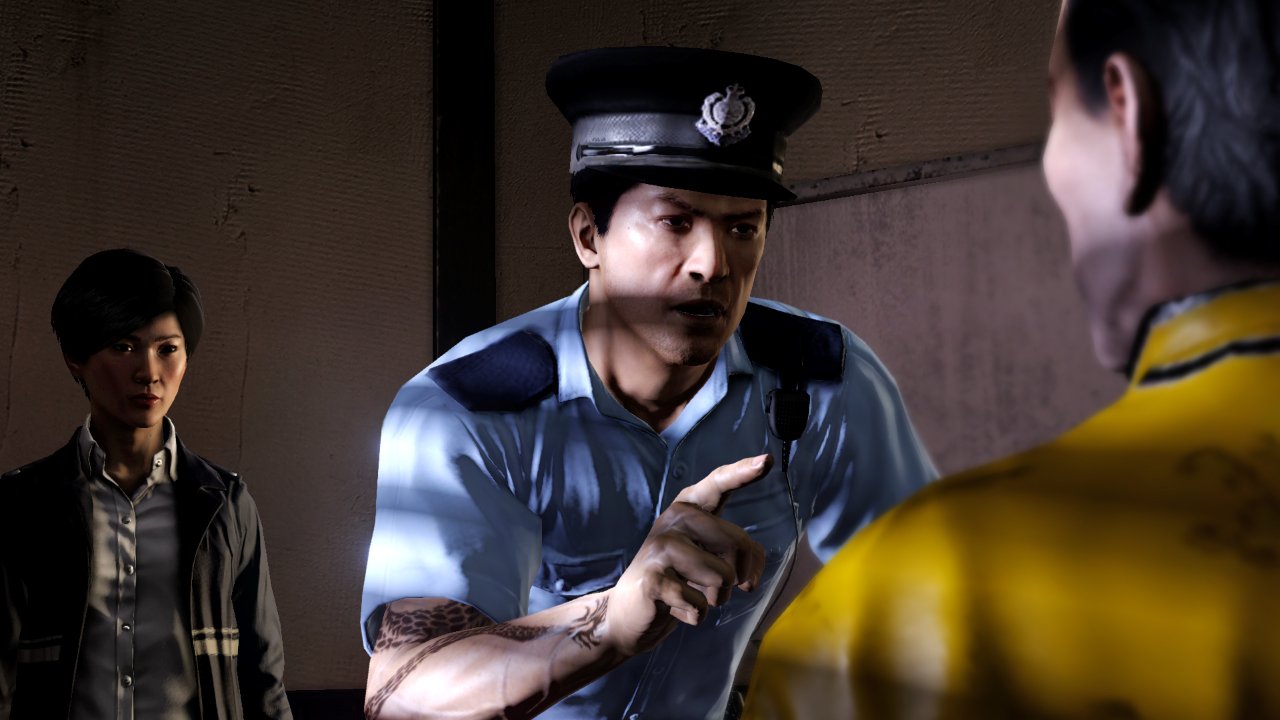 I’m not completely against the idea of DLC expansions, but not many of them stick out in my head. I usually expect something akin to the campaign mode in bite-sized form and walk away incredibly disappointed. The DLC that hurt the most, though, was everything released for Sleeping Dogs. That was an open-world game I wanted to continue to explore with some new characters and plotlines, but each expansion failed to introduce anything clever or new. Worse still, it felt like C-tier stuff that was thrown together to satisfy a publisher demand.

With that ringing endorsement, why am I now saying I’d like to see the “Year of the Snake” DLC as a full game? The obvious reason is that I just want another Sleeping Dogs game. The other reason is that I do believe the setup for that specific pack was something that could have lent itself to a sequel. Wei Shen is fresh off of his exploits from the main campaign and is stuck trying to readjust to regular cop life. He uncovers another criminal gang and is tasked with taking them out. You could have twists, turns, cover-ups, the works.

Instead, Sleeping Dogs got continued with the barely released Triad Wars and is now dead. Square Enix doesn’t seem interested in continuing the series despite how China is becoming a much larger market for digital entertainment now that the country’s console ban is over. Hell, Marvel has found tremendous success in the country and Chinese people love western produced/developed things. C’mon, Square Enix! Now is the time to strike! 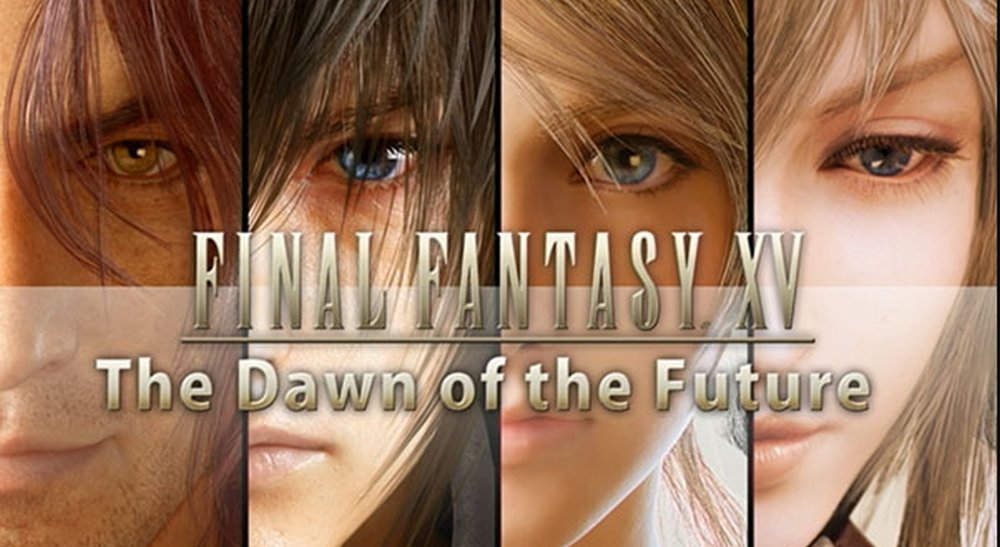 It’s kind of sad that after so many years in development, some of the most interesting content in Final Fantasy XVis locked away in the DLC expansions released afterward, with some of the biggest potential changes and reveals cut off by the cancellation of the final packs. Part of me hopes that more people would be given the chance to play them had they been consolidated as part of a standalone expansion or budget sequel (ala Far Cry New Dawnto Far Cry 5), but perhaps that might have been asking for too much of a delay from a team and fanbase that had had enough of waiting.

I feel better now. The ice was cotton candy flavored. But enough about my taste in coping mechanisms. What DLC do you wish was developed as a fully fledged game instead of an addition to an existing game? How could that DLC’s ideas carry an entire game? How would you expand upon its ideas or shake up the original game’s foundation?