The staff sounds off on the games we want to see

The annual Electronic Entertainment Expo is once again upon us and this year is shaping up to be a strange one. First and foremost, Sony isn’t showing up. Even though it has what is arguably the biggest game of the year set for release this fall, it’s sitting this one out. That’s a huge void to fill, but with a new console generation on the horizon and Nintendo Switch in full swing, I imagine there won’t be a shortage of excellent reveals and news coming out of this year’s show.

Of course, part of the buildup to E3 is fan speculation. Which titles would we like to see announced at the show? We’re always down for what’s unknown, but there is always a part of us that wants to see a new entry in a franchise we love. For the past two years of this feature, I’ve mostly focused on Nintendo. In 2019, I want to see big things out of Microsoft. Specifically, I want to see Fable 4.

Now, when I originally wrote this lede, Fable 4hadn’t been potentially leaked by Mixer on Xbox One. So things are looking good. But the reason I choose a new entry in the Fablefranchise for my 2019 wish and not, say, The Wonderful 102 is Microsoft has been making all the right moves behind the scenes over the past year or so. It’s bought up some of the biggest names in AA game development, including Obsidian Entertainment, inXile Entertainment, and Ninja Theory. Now, the rumor for Fable 4is it’s being developed by Playground Games, another fresh Microsoft acquisition, but I can only hope the RPG masters at Obsidian and inXile are lending a hand creating it and the studio is working with the same tech Ninja Theory used to make the spectacular looking Hellblade.

I’ve never owned an Xbox but one of my roommates in college had a 360. I was blown away by the potential of Fableand maybe now, with its creator out of the way and so many wonderful developers working under the same umbrella, we might actually get a game that meets that potential. 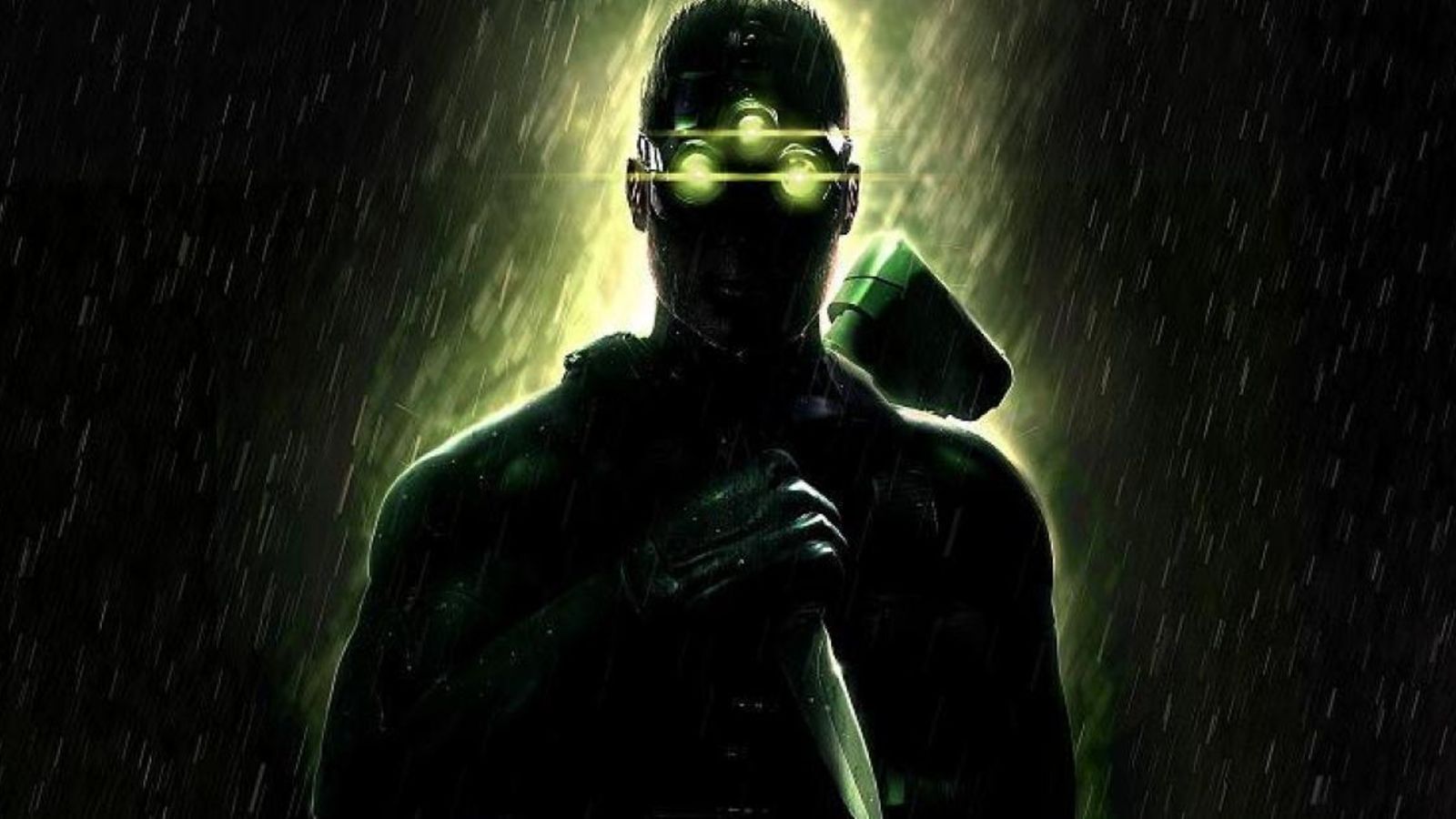 If I hadn’t made it apparent by now, I’m a fan of Splinter Cell. The series meant a lot to me as a teen and it helped me grow an appreciation for more methodical types of games. You didn’t need to be quick on the trigger or take on legions of people at once. Instead, you had to employ smarter tactics to get yourself out of hairy situations. The Xbox original felt lightyears ahead of the competition, not to mention it perfectly encapsulated what made Ubisoft’s “Tom Clancy” brand so intriguing.

Last year I speculated about a potential return for the series that ended up not happening. With Ghost Recon Wildlands receiving what should have been a teaser for Sam Fisher’s return, I was almost positive we were going to finally have the curtains pulled back on Fourth Echelon’s return. A year later and Ubisoft is still teasing something with the franchise, which nearly convinces me it will happen this time.

With Metal Gear being dead, Syphon Filter studio SIE Bend making Days Gone, and Hitman filling out its own niche, Ubisoft has a prime opportunity to corner the stealth-action market for itself. Even if a game isn’t actively in development, just tease something this E3, guys! 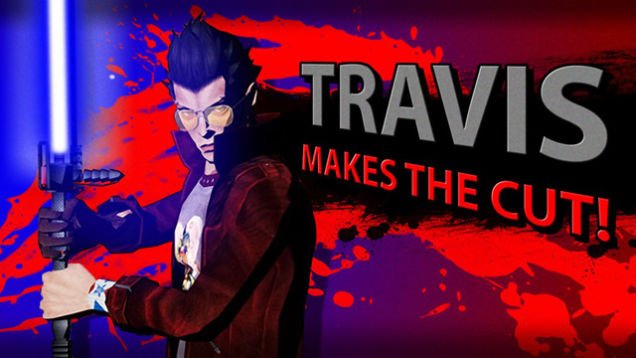 It’s all been downhill for me and E3 since the announcement of Smash Bros. Brawl. That’s in part because I am old and jaded, but I think it also has to do with the fact that many of the genuinely amazing, never-before-seen ideas in games we always wanted to see someday have already happened. Snake can only make his debut in Smash once in your lifetime. The Last Guardian can only be shown off on the show floor as a PS3 tech showpiece, then hidden away for ten years, then suddenly shown off again as scrappy underdog budget title on PS4 one time before you die. Times change. People age out of being in target consumer demographics. Ashes to ashes, musk to Elon Musk.

So what I want out of E3 2019 is to be proven that this isn’t true. I want the Smash Bros. Ultimate DLC to wow me as hard as the Brawl E3 trailer did all those years ago. Maybe the inclusion of the Katamari Prince, PaRappa, Cuphead, and Totoro could do that? Yes, I know Totoro is disqualified but so was Ridley once upon a time so anything goes.

And that’s exactly the feeling I need from E3 again. I need to feel like anything goes, that anything is possible. While I don’t have that feeling right now, I still have hope that I could. I still want to feel that way, while most people I know my age are much more concerned with their 401Ks or anxious that the lump on their shoulder might be skin cancer. So at least I don’t have those fruitless fears in my head. If I have to be worried about anything coming up over the next two weeks, I’m glad it’s No More Heroes 3 related. 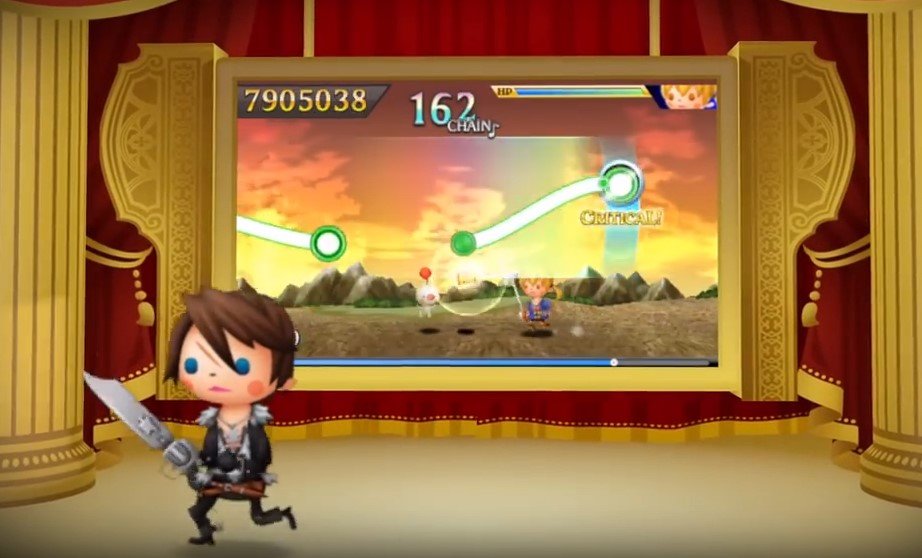 I’m a sucker for RPGs and easily captivated by rhythm games, though I’ve not played as many of the latter as I wish I have. It’s little wonder I’ve played Theatrhythm Curtain Call more than most other 3DS games, and it’s one of very few that I will eagerly pounce on at a whim. I find it fun enough to gradually build a stronger digital army of JRPG parties or to slowly perfect every track one attempt at a time, but combine the two and you just gave me an endless feedback loop of positive reinforcement and an eternal flood of dopamine. Assuming the music is good, of course, but…this is Square Enix we’re talking about. I’m hard-pressed to think of any time I ever didn’t love a Square RPG’s soundtrack.

While TheatrhythmDragon Questnever saw release overseas, I’m holding out hope for one more Theatrhythm game. But not just any new Theatrhythm, oh no, I want to see the Super Smash Bros equivalent of a rhythm game. I want Square Enix to pull out all the stops and bring in all of their IPs for one massive RPG music festival. I want Neku, Torneko, Crono, and Sora to jam out to “Megalomania” while stabbing the Ethereal Queen with drumsticks. Heck, “Megalomania” and a bunch of other non-FF tunes were already used as DLC in Curtain Call, so it’s not that big of a stretch by comparison. I mean, it is still a stretch, but that’s a part of why I’d be more psyched for it than anything else. 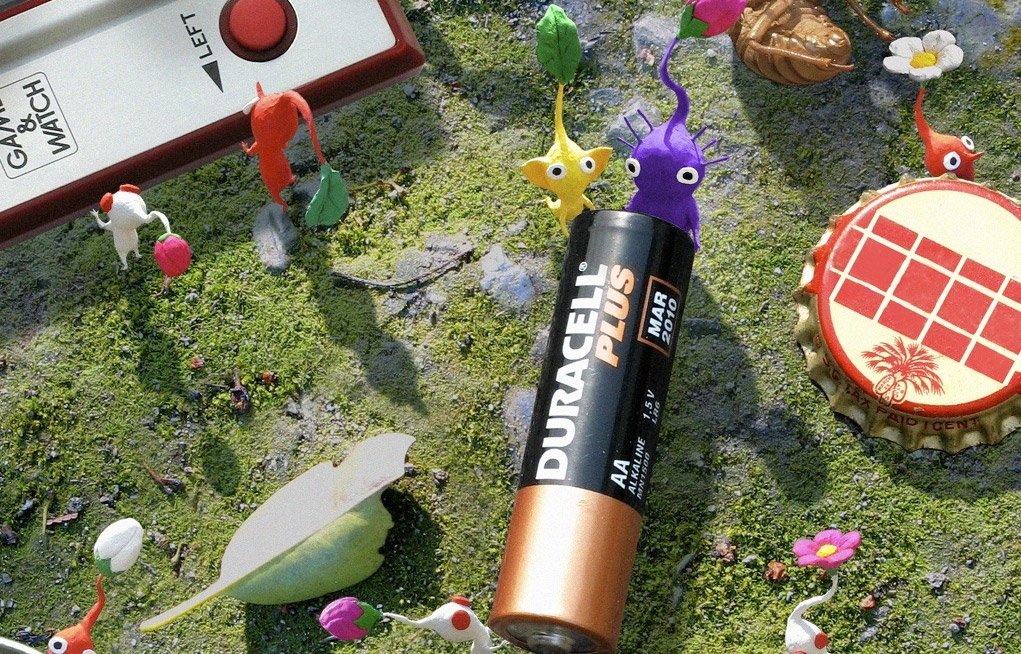 I don’t know what’s going on with Pikmin 4. It’s been a total no-show ever since Miyamoto brought the game up once in an interview in 2015 and then referenced its existence again in 2017. All I know is that I want another Pikmin, and I want it badly. It’s one of my most treasured Nintendo series.

The creature designs, sweeping miniature landscapes, and resource-gathering loop bring me so much joy. Just now, typing this out, I started daydreaming about how a larger-scale format could work for Pikmin. Let us start small and build up a trinket-gathering empire à la PixelJunk Nom Nom Galaxy.

At this rate, I’d settle for a Nintendo Switch port of any of the three prior games. I’m that desperate. 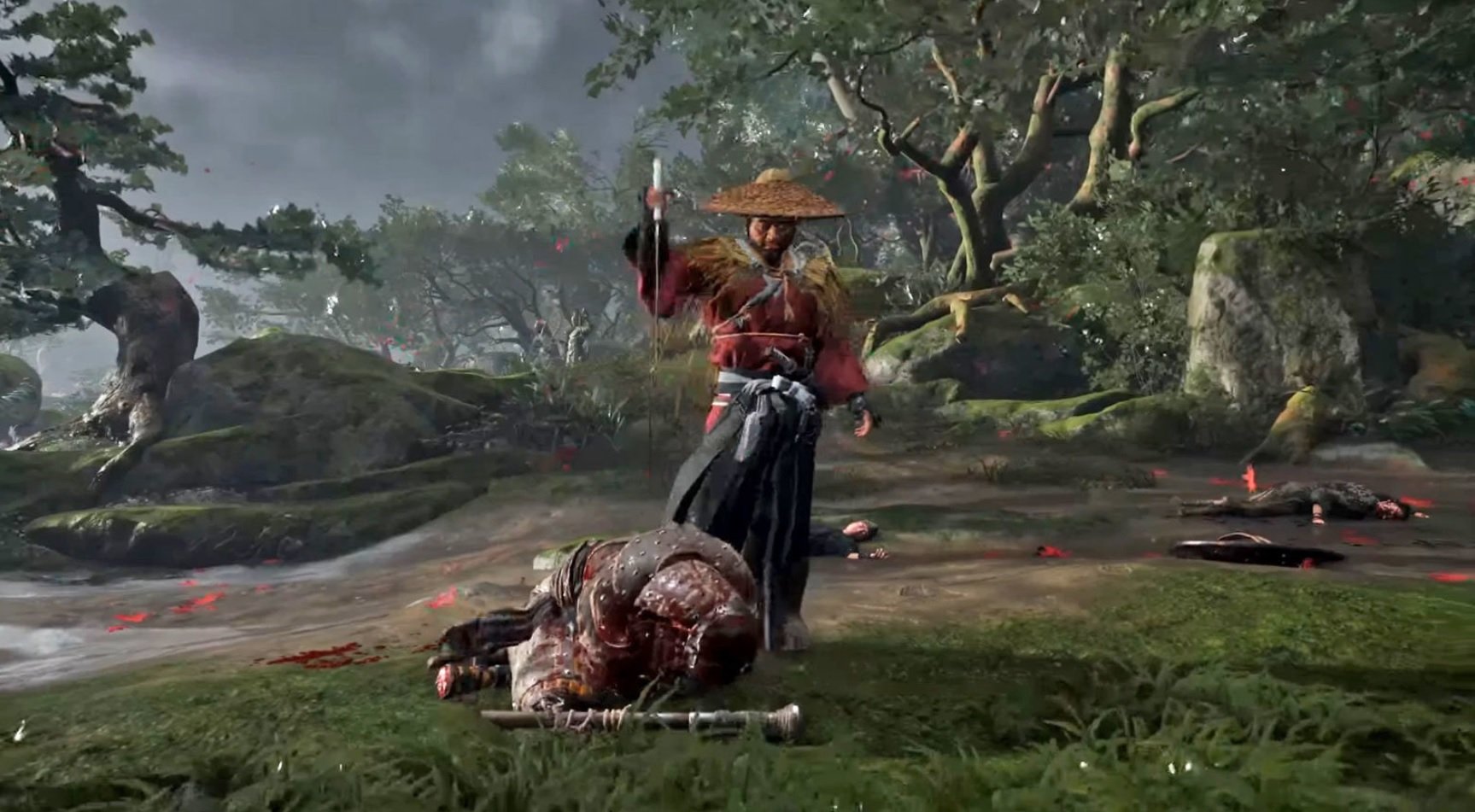 Sony may be skipping E3 this year, but I suspect they’ve got a few announcements and further details waiting in the wings, either for sometime around the event or at their own big thing to be held whenever.

Ghost of Tsushimahas my interest, as their next big planned exclusive, and as what seems to be an action game based around the 10th-century Mongol invasion of Japan. It’s an uncommon topic to see in samurai-themed titles, even those coming out of Japan itself, and it could be pretty fascinating if it comes out right.

In the meantime, I’ll be catching up with the recent anime series Angolmois: Record of Mongol Invasion to get hyped up, 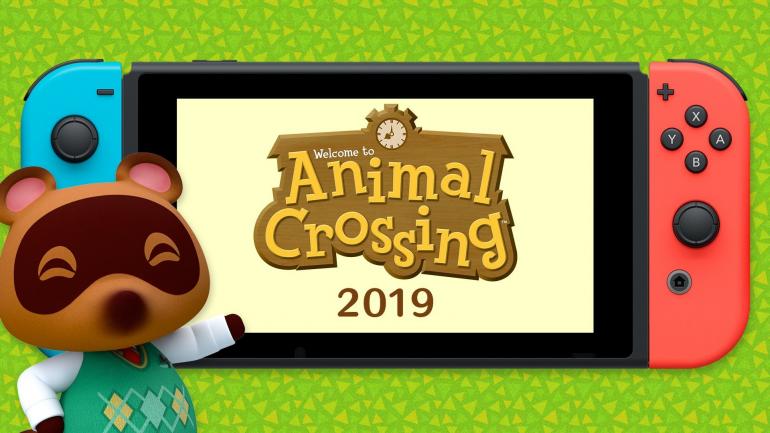 Ever since we saw Isabelle for Super Smash Bros. Ultimate, we knew this title was a thing. However, we don’t know anything about it or what kind of time table the game is on. Can we hope for it within 2019 or is it a much more likely early 2020? What kind of cute gimmick or mechanic will make it stick out? We know literally nothing about the next Animal Crossinggame except that it is in development and that’s it, eat shit loser.

Animal Crossing: New Leafwas the last game I played. I didn’t pick up Animal Crossing: Happy Home Designerand played only a few days of Pocket Camp. But I know enough about all three to have ideas about things I’d be excited to see in a new title, such as expanded homeownership that includes front yards and more involved living spaces. One Dtoider pitched the idea that the next Animal Crossinggame will ask you when you usual work hours are so that it can offer unique situations based around when you’re actually available to play the game. I called that idea Animal Crossing: 9 to 5.

E3 means all I can hope for is a proper reveal trailer, so we know what the basic premise is, and a release date to be announced. A very pessimistic part of my brain says that we may get even less than that, like just a name with a TBD attached to it. A release date is absolutely detrimental in order to determine the bare minimum I must live and avoid potentially dangerous situations so that I may live to purchase and play the game.

That’s what we want to see. Let us know your hopes and dreams for E3 in the comments below.