And don’t say the Zelda CDI games because, true fact, there is no evidence anyone actually played those

Since starting this weekly feature back in January, I’ve tried to keep things positive. There is so much negativity throughout gaming that the last thing we need is another article on a somewhat popular website throwing shade and trashing the art tens or dozens or hundreds of people spend years trying to make a reality. That’s what I’ve only asked happy questions, for the most part, and plan to continue doing so going forward.

But this week? Fuck it. I’m in a mood so let’s get nasty talking about the game or games we hate the most.

One of the reasons I’ve avoided this topic is I couldn’t think of a game I absolutely despised. I never played E.T. or Superman 64 or all the other stereotypical games that always end up on these lists. (Side-note: Knowing what we know about E.T. and its development, can we all just agree to lay off it?) It’s not that hard for me to find fun in gaming so I end up enjoying most of the titles I play. Sure, there are some I don’t like. Aero the Acrobat for instance or last year’s Langrisser Re: Incarnation – Tensei – are both garbage titles. But I don’t hate them. They’re just bad.Major Minor’s Majestic March, however, is a game I absolutely despise.

If you haven’t heard of it, good for you. It’s a Wii-exclusive title by the Parappa the Rapper designer and artist. In it, you take control of Major Minor who leads a marching band across several maps as you attempt to keep the tempo going using the Wiimote. I was in band during high school (no surprise) so I enthusiastically bought it when it released eight years ago. The very next day I traded it into GameStop for like four dollars in credit.

Major Minor’s Majestic March is a broken game. It’s a cute concept and the artwork is adorable, but holy hell do the controls on this piece of crap completely fail and fuck over any chance of getting a good score. Like the awful Wii port of Samba de Amigo, the Wiimote has to be barely moved to work, completely ruining the Harold Hill fantasy this game is supposed to take me on. The developers might as well have just made it a standard push-button control scheme. At least then I would have been able to beat it.

I’m sure the Destructoid staff and community members will come up with more well-known titles than me to shit on, but I hope to black female Jesus I never play a game as awful as Major Minor’s Majestic March again. 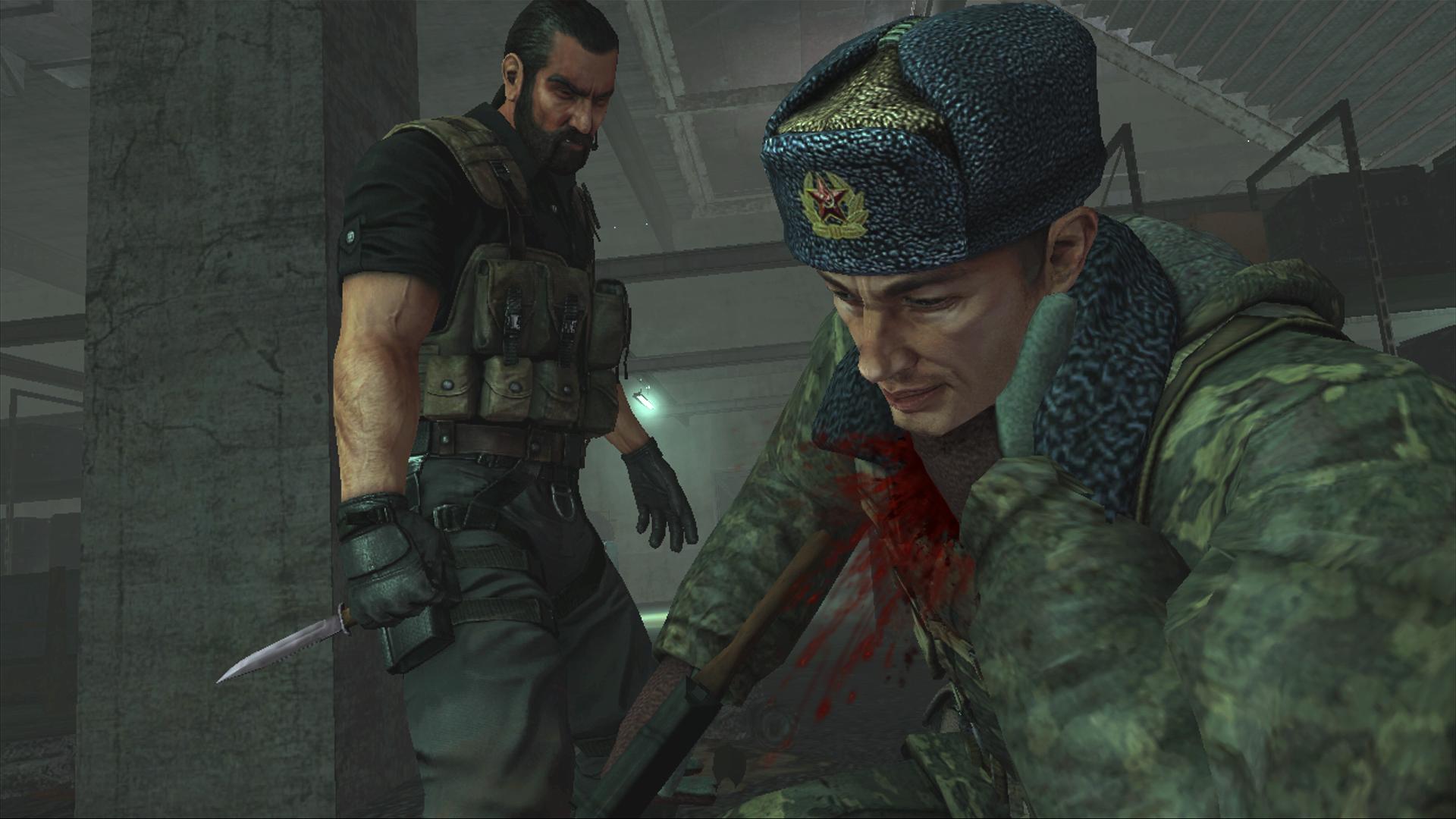 I’ve never been a fan of “so good it’s bad” type of media. I typically can’t power through the low points to get to any of the unintentionally humorous moments. I also don’t see the point in watching something so poorly made that you’re laughing at the lack of quality. Someone may have actually tried to put effort into that and you’re just telling them they are terrible.

So when I say Rogue Warrior is probably the worst game I’ve ever played, I really mean it. The grotesque use of curse words, the extremely pointless hyper-violence, the contrived scenarios and level design; there really isn’t a single thing about the game that works.

The PC port is, at least, adequate, but this is a thoroughly unimpressive game that fails to capitalize on the legacy of its real-life inspiration. Not even the ludicrous Mickey Rourke rap song can save this. You just get tired scenarios, a glitchy cover system,and some drab looking visuals for a few hours before the game unceremoniously ends and kicks you to that stupid rap.

The only reason I’ve ever even played this is due to getting the Quakecon bundle on Steam in 2011. It came with literally everything ID Software and Bethesda related, so now my Steam library has a few black spots on it. I figured what the hell and soon regretted that decision. I want my two hours of life back! 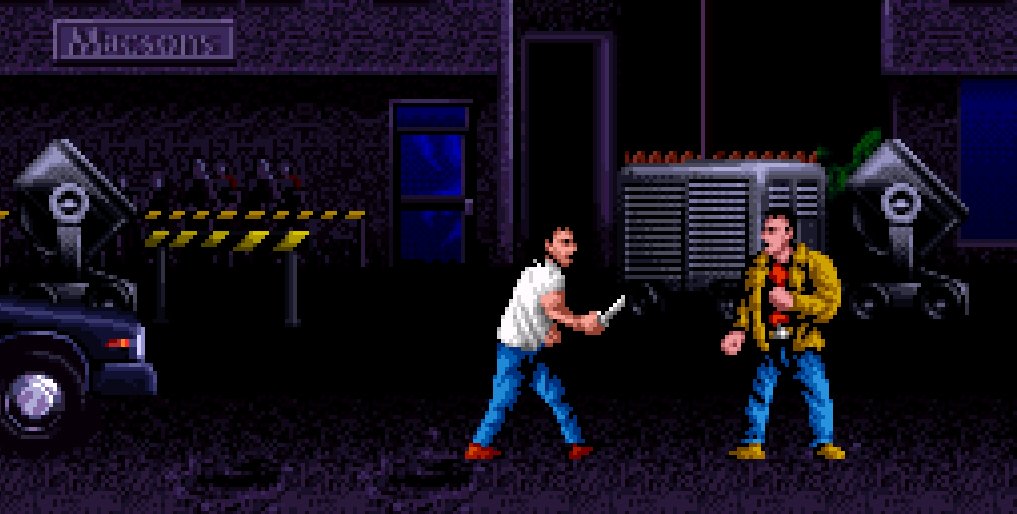 Last Action Hero, and I have a simple story behind it.

As a kid, sometimes my mom would rent games for me on a special sale week called “Two for Tuesday” at a local video store. We didn’t have much money so it was the perfect way for me to try out tons of games, especially since the pricing was cheaper than Blockbuster even before the BOGO offer.

To sort of toot her horn a bit, my mom was a beast game-picker because she actually listened to my interests (even though she wasn’t big on games herself), and asked other trusted confidants for advice, sometimes even consulting magazines. So one day she rented me Last Action Hero, a beat ‘em up on SNES. This one was out of the blue and she decided to surprise me because I liked the film andArnold Schwarzenegger. It was…not good.

When the time came and she asked me how it was, I still remember getting really sad — after telling her it was good initially, I couldn’t hold in the white lie anymore when she asked me again at dinner if I was still enjoying it. She was even more cautious after that. 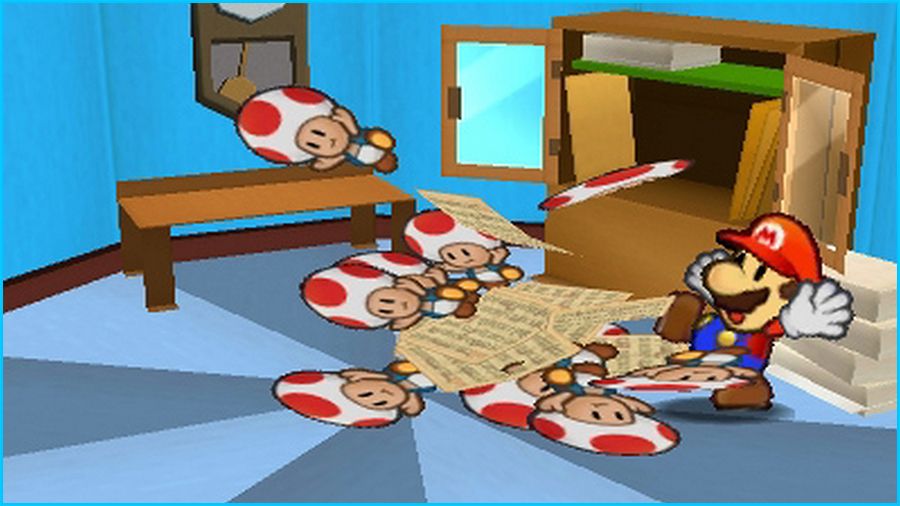 When talking about the «worst», it’s always difficult to figure out if we’re meant to talk about games with the most objective technical issues or just what we liked playing the least. Of course, some people mix the two and say that the games they dislike are objectively the worst, but we don’t talk to these people.

There’s something enjoyable about playing absolutely broken games, as far as I’m concerned. When I first played Sonic the Hedgehog (2006) I didn’t mind its glaring bugs and egregious loading times… I was 12, and at that age, you don’t have any standards yet. But with time I’ve come to find the numerous glitches in that game pretty darn enjoyable. That’s a totally different take because you acknowledge the bad parts! Unpolished Unity games hold that special kind of charm as well.

I’ve personally had the least amount of fun playing polished games with problematic game design decisions. The “best” example of that would be Paper Mario Sticker Star, which I unfortunately pre-ordered. It was a very polished game, and a nice visual and musical feat for a handheld device. I hated playing it, more than any other game. The game routine consisted of simply fetching randomly scattered real-world objects to progress forward while avoiding all its pointless and time-consuming combat. The game simply required me to stare at it with a blank expression for hours on end. No thought was needed to play the game, and there wasn’t anything in it that got any reaction out of me either. Sticker Star felt like a turn-based RPG without the character progression, without the gameplay, and without the story. A big game of nothing. 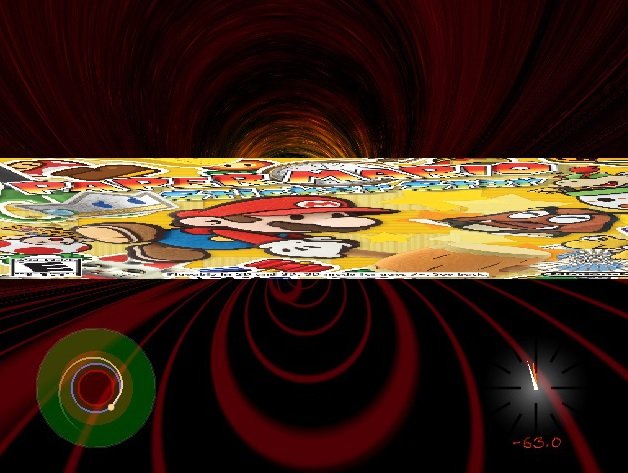 I was crossing the event horizon, and all I could see before me was pure darkness stretching infinitely.

But not everyone has to mind that. It was a pretty game, with pretty music. Action commands still do wonders to make a turn-based battle system more dynamic, and it’s okay to enjoy something that just lets you shut your brain off after a long day of work. After all, nobody gets to decide what the best and worst is, and I’m no exception.

Don’t forget to check out my Game of the Year picks when they go live in a couple weeks!

My Name Is Mayo is by far the worst game I’ve ever played. It’s so fucking bad that it, literally, bribes you to play it. That’s right. It promises one of those coveted PSN platinum trophies, in under 45 minutes, for the price of just one dollar. Also, your soul. It wants that too.

You could be playing any other game on the face of this planet, but still, you find yourself pressing that same goddamn button over and over again in the hopes of raising that ever-important gamerscore.

If you asked me right now, while the memories are still swimming around haphazardly through my skull, I’d tell you this is the definition of hell itself. It takes the thing you love (video games), makes it as utterly unappealing as possible, shows you hilarious pictures of jars of mayonnaise wearing different outfits to ease the transition, and then BOOM! You just spent almost an hour clicking the same stupid fucking button in the hopes that you’ll get a digital trophy which you will probably never even look at again. If that’s not hell, then I don’t know what is.

For the record, I beat this game twice: Once on the PS4 and once on the PS Vita. Approximately thirty minutes after beating it the first time, I was informed that the Vita had a different set of trophies. I could, with enough patience, have yet another easy platinum.

Weak-willed as I am, you bet your ass that I dropped everything I was doing at that moment just to put this demon to rest. I’m a total fucking trophy whore. I’m not proud of it, but it’s true.

If there’s any good at all left in this world, they will never release My Name Is Mayo on another platform again. Mentally, I don’t know if I could handle it. Despite the mind-numbing repetition, we all know I wouldn’t resist that urge….

That sultry, bikini-clad jar of mayonnaise. Staring at me. Teasing me, Beckoning me……..

Now that is a list of some very bad games and also Paper Mario Sticker Star. And I think all of us oldsters played a game or two we ended up regretting during “Two for Tuesday” promotions.