Not exactly the most unusual bit of social media advertising. Swordand Shield are just a few weeks away and The Pokémon Company and Nintendo haven’t been gun-shy as of late when it comes to revealing new pokémon. However, when you click the link, it takes you to the regularPokémon Swordand Shieldwebsite. There doesn’t seem to be anything out of the ordinary, almost as if this is a tweet encouraging us to look up week-old news, until you look in the bottom lefthand corner of the screen.

There, you’ll find a small image sort of glitching out. Hover your cursor over it and it flees. When you’re able to click it, you’ll hear its cry before being shown this unusual and censored profile of the new ‘mon. 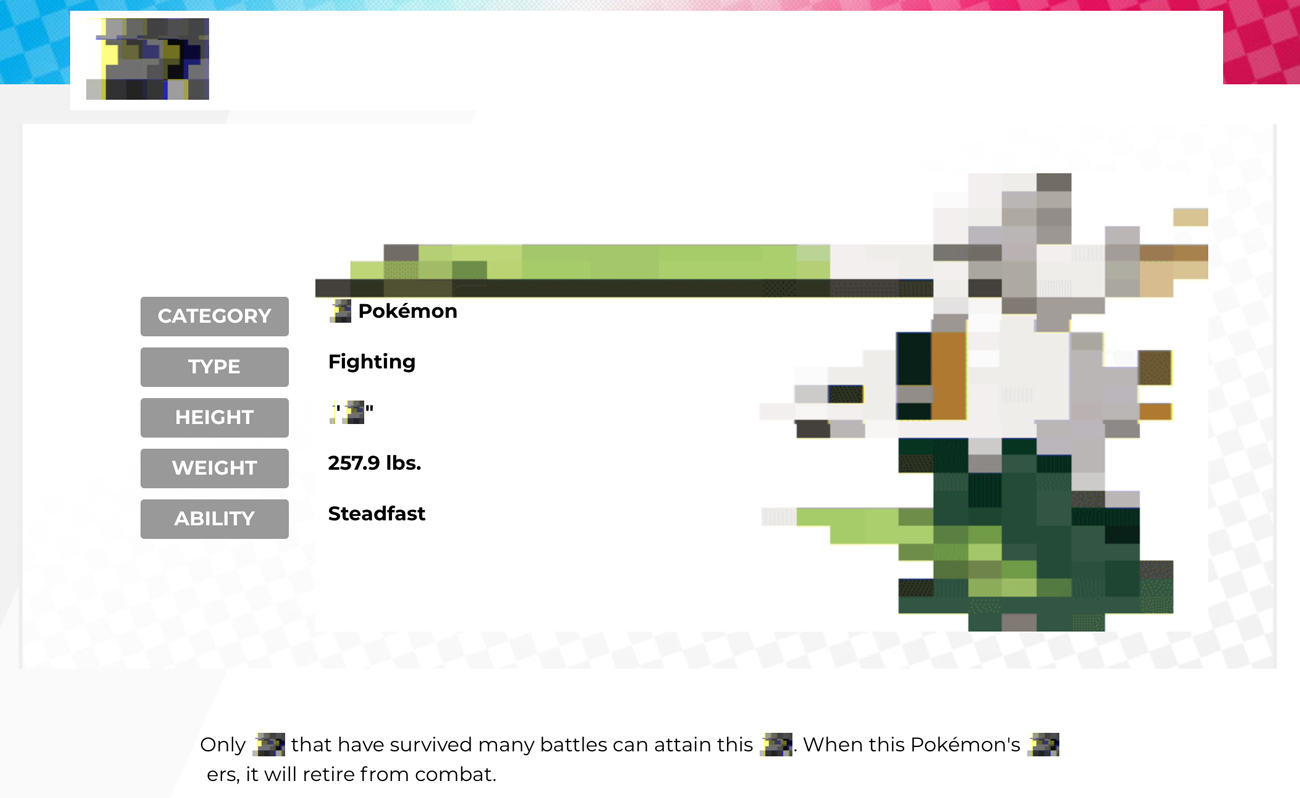 What the heck is that? Is that Cubone with a new Galar Region look? Is Farfetch’d finally getting an evolution to be holding a kale leaf? Will this actually be revealed in Pokémon Gobefore appearing in the mainline series? Will this whole thing be solved by the time I wake up?

So many questions, so much more time until the launch of Pokémon Swordand Shieldon Nintendo Switch.