You guys might not know this, but some of us here at Destructoid are big fans of videogames. For a change of pace, we’d like to share that interest with you all and fill you in on some of the games we’re playing right now.

Unlike last month’s Mario Kart 8fervor, just about everyone is playing something different, thanks to the merciful summer game “drought.” Until our lives are ruined by a month or two of multiple big games a week. Next year looks even scarier.

Anyways, let us know what you’ve been playing these days in the comments! 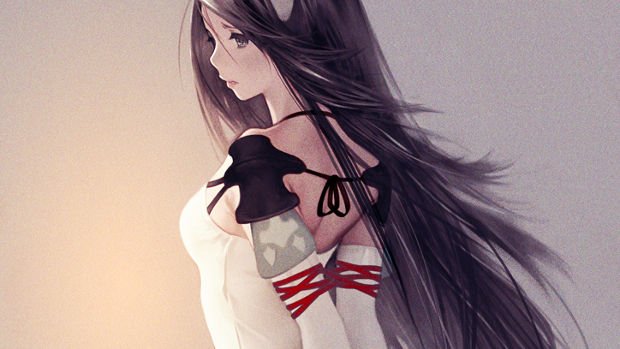 I am still trying to wrap up Bravely Default. After about 80 hours, I have seen the “bad” ending, but I am still a couple chapters away from the true ending. Otherwise, I have been playing Halfway for review. It is a little rough around the edges, but it has some good tactical gameplay with great pixel art.

Smash Bros. 4 is the first thing I think about every morning and the last thing I think about every night. It’s an obsession. When I can’t take thinking about it anymore, I’ll play Melee, Brawl, or the N64 original for a few minutes. Like a great corpse once said “it makes the pain go away“. Also been playing Rogue Legacy on PS3, Animal Crossing: New Leaf (I can’t get enough of watering flowers, dawg), Shovel Knight, 1001 Spikes, and a few matches of Wii Sports Club Boxing online to get in some cardio.

I’ve been playing Steel Empire for review, and found myself completing multiple playthroughs of it. I’m also enjoying a few Mega Man games like Battle Network and X3 before the Wii U versions hit. My static raid group is currently on Turn 8 in Final Fantasy XIV — we almost “beat the game” (until the next patch). I switch off between Dragoon and Paladin for raiding, and use my Bard and White Mage as often as I can in Ramuh. 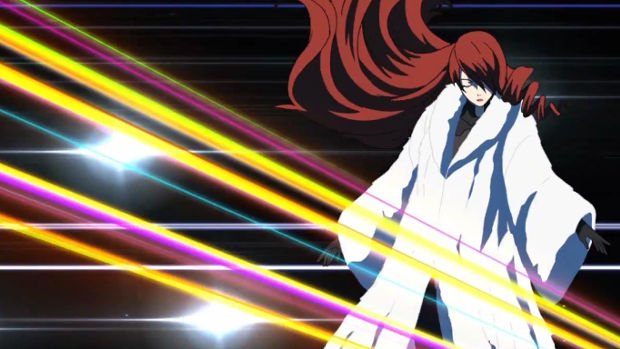 I found myself with some time in July to finally sit down at play the Burial At Sea, the BioShock Infinite DLC. It’s a bit uneven but like Minerva’s Den from BioShock 2, I’m like small 4-5 self contained DLC packs like this. I also finished off The Wolf Among Us, a game which I kinda feel the opposite about; I was struggling to remember earlier plot details and in a whodunnit mystery that’s vital. Still a solid series overall and I’d be keen to play another. I was playing Sacred 3 for review but the less said about that the better…. a game worth talking about is The Fall, a wonderful, sci-fi adventure game. At least an adventure game with shooting and stealth sequences in it. There’s a darkly humourous tone to the game and whilst it might only be a few hours long, I’m really excited to play future episodes.

Without much time on regular systems, I’ve been on a Persona kick the last month or so, replaying Persona 4 Goldenon PS Vita. Even after seeing Persona 4‘s story for the third time now, I’m amazed just how much morethere is to Golden. Pretty much everywhere you thought the original could’ve used something extra, Atlus has filled in. And for those who haveplayed it already, there’s yet more hilarious fan service in this season’s Persona 4 Golden the Animation, which is possibly one of the least necessary but most appreciated shows I’ve ever seen.

I have a weakness for Legogames. They help me unwind as I mindlessly smash stuff into oblivion while solving mildly challenging puzzles to bring myself ever closer to one-hundred percent completion. I just attained that goal on Lego Marvel Superheroes, a game that was entertaining enough that it never let its glaring flaws turn it into a slog.

Since then, I’ve moved onto a hard-mode run of Guacamelee! Super Turbo Championship Edition. It scratches the persistent Metroidvania itch that I have. Of course, that’s all in between my many runs of Binding of Isaac. I should really stop playing so many videogames and focus on preparing for gamescom.

Let’s see, what have I been playing? Not much actually. My family just made the move from Florida (Orlando) to Illinois (West Dundee), so that pretty much sucked up all the free time I had to play, because you know, loading the truck, driving 21 hours away, unloading, unpacking, etc.

That’s not to say that I’ve had no time to play games; however, I’ve managed to squeeze in a few minutes here and there, and when I have, this is what I’ve been playing:Braveland and Halfway on the PC. I’ve had this turn-based itch lately and both of these games have really scratched it, especially Halfway.

Once the console side it’s been Battlefield 4 multiplayer (when I can) and three new games I picked up on the Wii U. Bombing Bastards, Shut the Box and Wooden Sen’Sey, with Wooden Sen’Sey taking the cake as the best of this bunch, it’s a very pretty and very fun little platformer. The only other game I’ve managed to play is Mario Golf World Tour, which has quickly become my most played game this year.

I’ve gotten back into playing Plants vs. Zombies: Garden Warfare, but this time on PC. The decreased load times alone made double dipping worthwhile. Many hours later, I’m still finding it to be super fun and it’s also nice to be good at a multiplayer shooter, just this once.

Also tried out Astebreed, which I haven’t fully wrapped my head around yet, but being able to wield a sword in a shoot-’em-up is rad all the same. Lastly, Mega Man Battle Network has been good in short bursts and/or while watching TV. Too many damn random battles, though!

I have sort of been in a post Destiny Beta video game depression lately and have been spending most of my days working on music. My consoles have been collecting dust and I have only really been playing David O’Reilly’s “relax ’em-up” Mountain on my Iphone.If you haven’t checked this game out, do it. It heirs heavy on the side of ‘experimental art game’ but I love it so much. One of my favorite features is an on screen musical keyboard which adds spacey reverb as you zoom farther from your mountain — neat!

I finally got back to my replay of Catherine, watching myself laughably make the same awful decisions that led me to an earned disappointing end the first time around. I am bad. But I am good at Catherine. The puzzles, at least. Trying to unlock all the Babel tower challenges.

I’m ashamed to say that I haven’t actually played very much at all lately, but I’ve gotten a whole lot of Timberman in on my iPhone. I also finished “Looking for An Apartment That Isn’t In The Gross Part of Town,” as you may recall that I was playing last time, and am now playing through the bonus stage, “Buying Things For Said Apartment Is Expensive.” It’s solid, but there are waytoo many IAPs. I also spent a little time playing through The Journeyman Project earlier this week, a favorite from adolescence. Should really give it a look.

In between races with the wife and kid in Mario Kart 8 (my daughter is in love with Rosalina), I finally managed to go back and finish my first playthrough ofThe Darkness, which was wonderful! The story was dark and surprising, and the awesome Darkness powers more than made up for the “floaty” gunplay; I haven’t had that much fun shooting out lights since the first time I played Splinter Cell. I also recently acquired a used 3DS (thanks, Qalamari!), so I’ve been trying to figure out that whole thing. Did you know you can pass people on the street and then do thingswith them? Amazing.