Super Monkey Ball was magical. It’s a series for which I have so many fond memories. I have this vision in my head, a strong mental picture of half-a-dozen guys in a dimly-lit college dorm room playing Monkey Target 2. There was also the time we crowded around an old CRT television to play some… Huh. You know, come to think of it, every memory I can conjure involves that mini-game.

No offense to the main game or anything (I’m sure it’s a perfectly tolerable Marble Madness clone), but for my friends and I (as well as Dtoid’s own Steven Hansen, who has a similar story) Monkey Target may as well have been the only part of the game that existed. 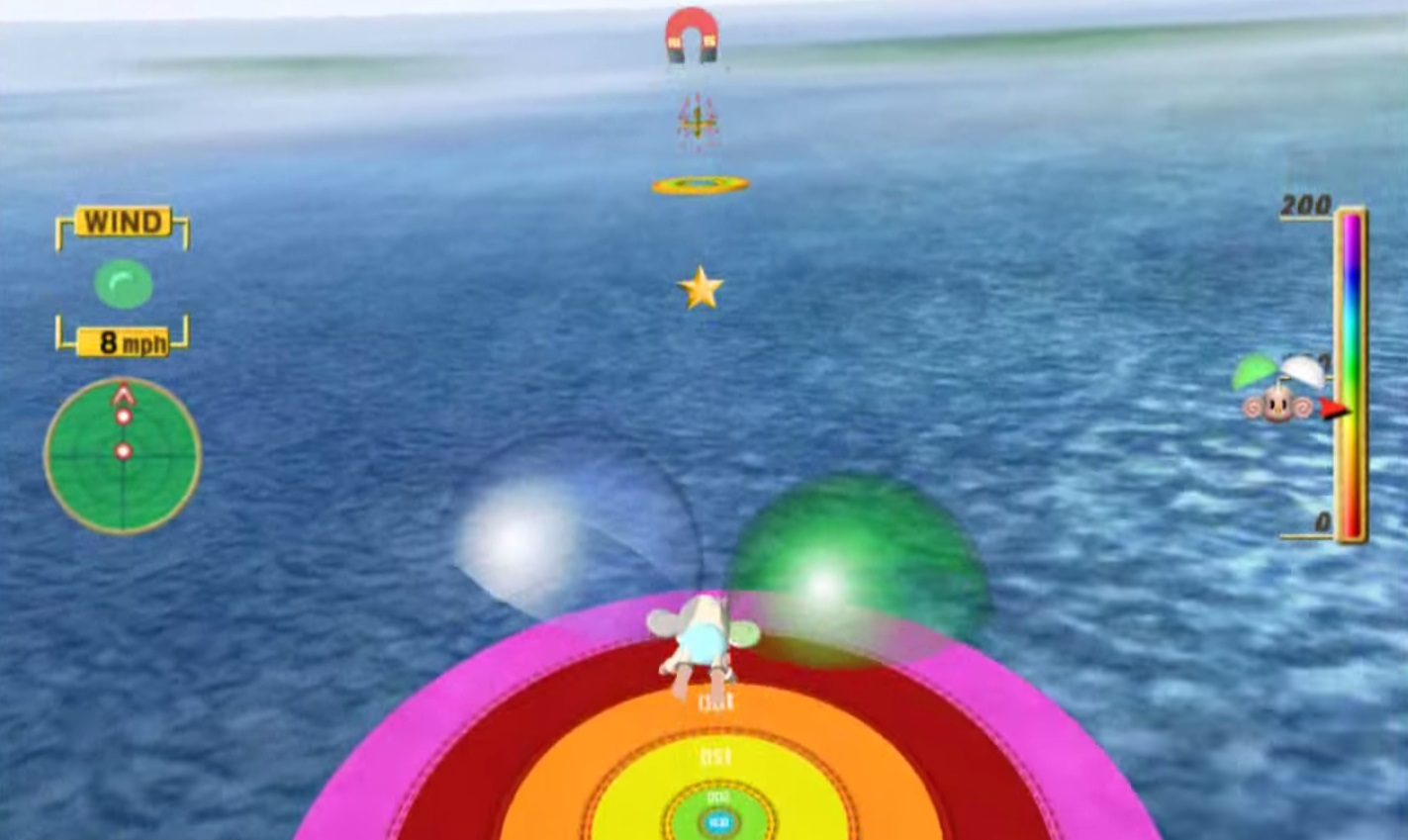 There’s just something about Monkey Target. It seemed to have the power to transfix random passersby that might otherwise have little interest in games. Perhaps it was the peaceful music, which never seemed to get old no matter how many times you heard it.

Maybe it was the bright colors that pulled people in — a vast cerulean ocean stretching out as far as the eye can see, rainbow-coated targets, and rows upon rows of golden (and bizarrely Dole-branded) bananas hanging in the air. Maybe it was just the alluring concept of a bunch of monkeys in translucent balls rolling themselves down a slope toward the sea, popping the capsules open and gliding over the water toward faraway bull’s-eyes. It’s strange and fantastical — the sort of thing you would have never dreamed up on your own in a million years, something you can learn in a minute but take a lifetime (or at least countless hours) to truly master.

I’m not sure what it is about Monkey Target that I love so much. Everything, probably. Even today, I dusted off my old GameCube and fired the game up for a little “research.” An hour later I was still trying to best my high score, just as enamored as I was 10 years ago.

Are there any extra modes you enjoy more than the main games they’re attached to? Funnily enough, the Chao Gardens from another Sega series, the Sonic Adventure games, also come to mind. Please share your favorites with us in the comments below.