Where has Goth Marina been all my life?

This weekend saw the Splatoon 2 community take to the ink-stained arenas once again in a replay of another classic splatfest. Entering into the spirit of the season, players battled it out over the most important Halloween question of all: Trick or Treat?

Once the dust had settled, Marina’s Team Treat successfully retained the crown, once again securing the victory over Pearl’s Team Trick. While Team Trick won 58% of the public vote, Team Treat captured both Normal and Pro play points for the 2 – 1 victory, cementing – once and for all – that Splatoon players are all about getting hold of those sweet treats.

In addition, Nintendo released some fun new artwork showing Marina and Pearl, along with squid sisters Callie and Marie, chilling at the dining table in what appears to be a spooky mansion. To be frank, it doesn’t look like our pals are enjoying themselves, I’d hazard a guess that someone “edgy” brought Cards Against Humanity to the shindig. Regardless, we didn’t know how much the planet needed Goth Marina until this very moment. 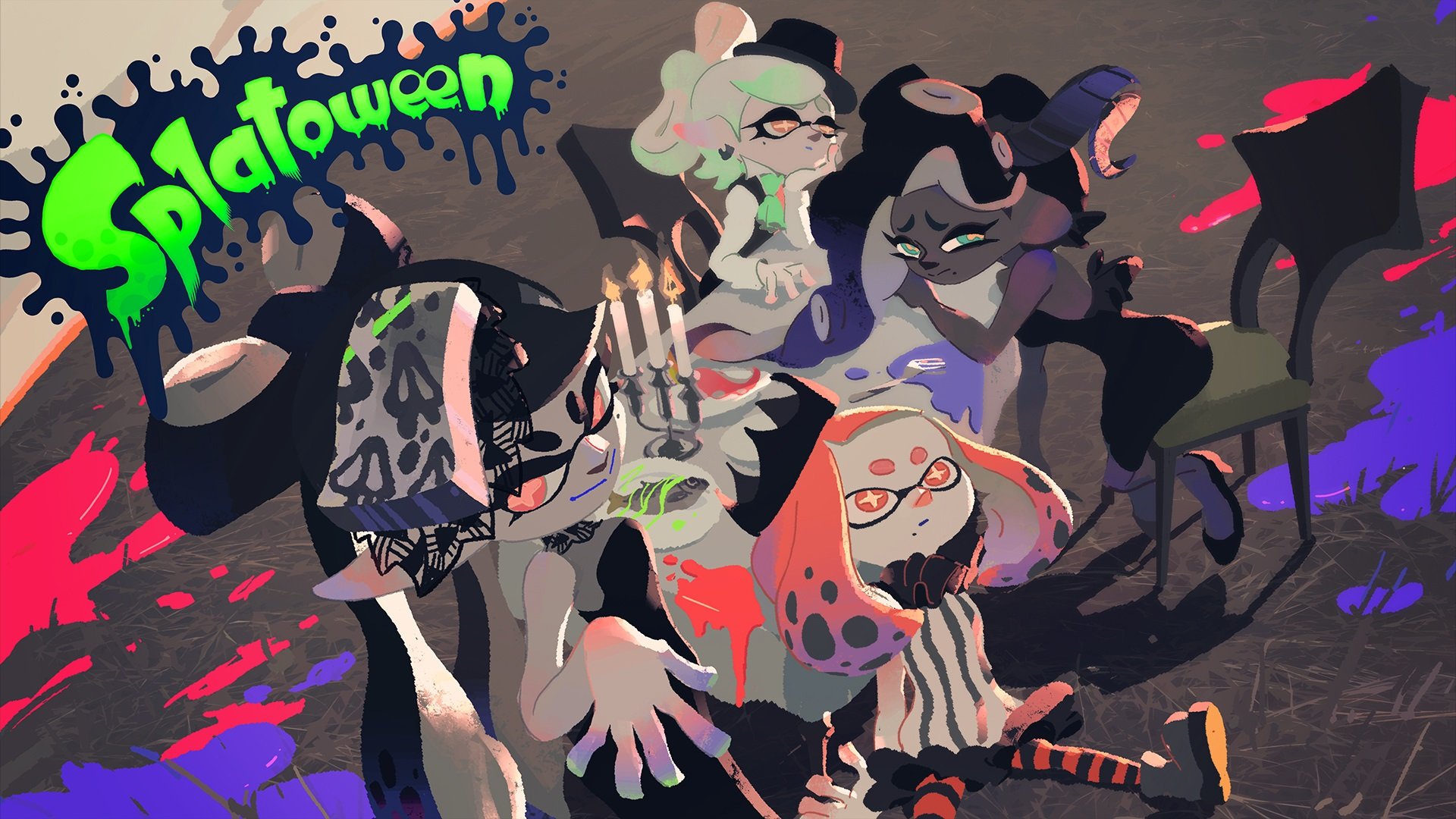