The digital version of course

It’s flying in a bit under the radar, sandwiched between some of the biggest games of the year, but the new Ubisoft toys-to-life franchise Starlink: Battle for Atlas has launched for Switch, PS4, and Xbox One.

Judging by the comments, people mostly want to know about the different versions of the game available. So, to clarify this for anybody who might be confused, I’ve created this spreadsheet to show you exactly what’s being advertised with the StarlinkStarter Pack, Digitial Edition, and Digital Deluxe Edition. 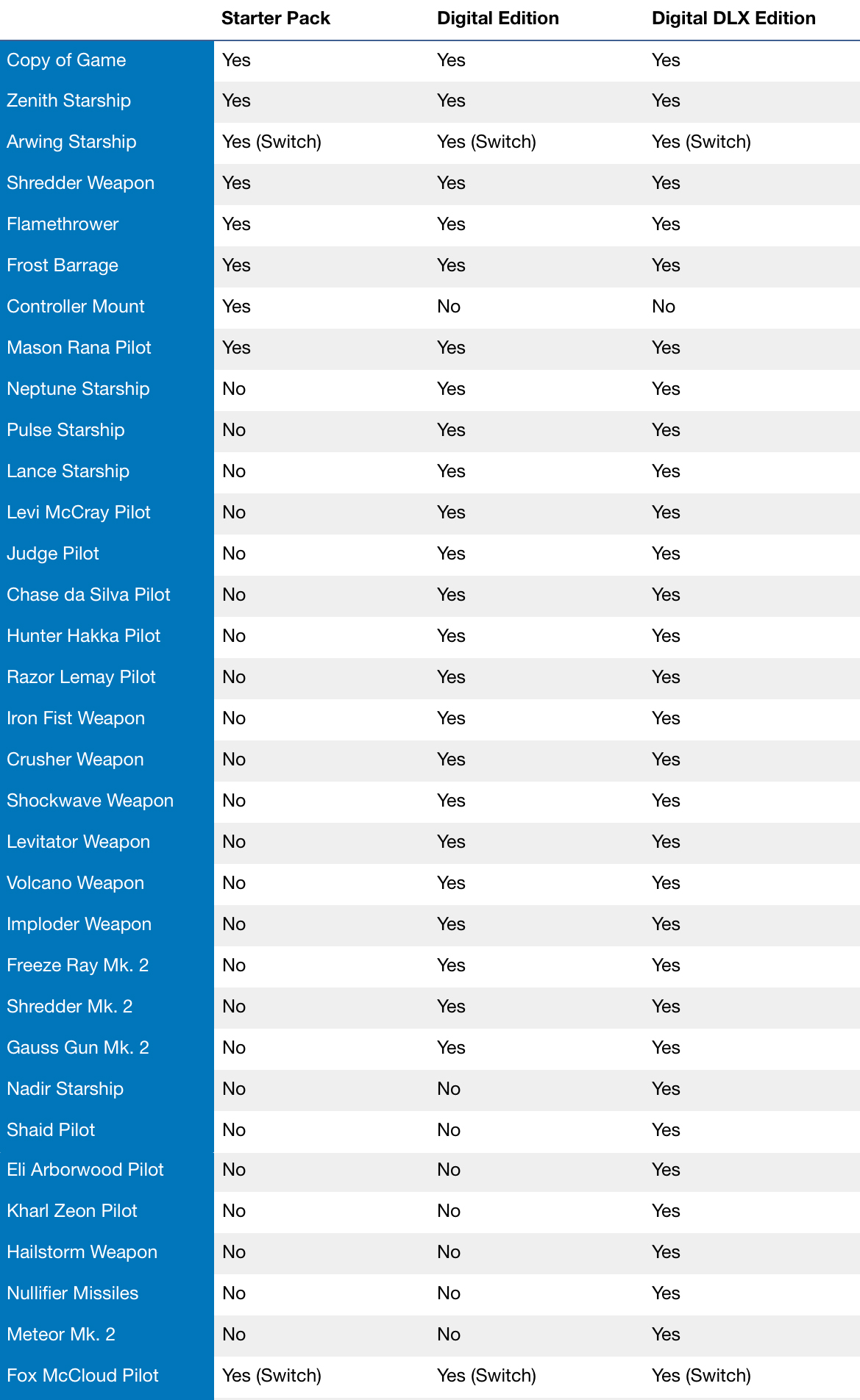 Everything listed above is based on available information found at the Ubisoft store and Starlink website, as well as the PlayStation store and Nintendo website. Of note, the Zenith ship and Shredder weapon included with the Starter Pack for Switch are digital, not physical. Anything not included with either the Digital Edition or the Starter Pack can be purchased as DLC or as a toys-to-life accessory from a retailer. If you purchase a digital edition of the game and then buy some of the toys-to-life accessories, you will need to purchase a controller mount to actually use them.

In addition to everything above, there are also two store-exclusive ship packs: GameStop is selling the Cerberus ship with Razor Lemay pilot and the Shockwave weapon, while Target has the exclusive on the Scramble ship with Levi McCray pilot and Fury Cannon weapon. And of course, the Switch version of the game comes with an exclusive Star Foxmission campaign.

I hope this helps you decide which version is right for you. Find our final review of Starlink: Battle for Atlas here.