Some GTA fans want realism taken to the next level

Grand Theft Auto may place players in a large, expansive, living world, but one couldn’t ever accuse it of being realistic. Death and punishment are slaps on the wrist, you can enjoy life in the city without paying bills, or needing to eat to survive, and you never go the toilet. Some fans wish that easy lifestyle to end.

Over on the GTA forums (thanks, Racecarlock!), a number of fans express some surprising wishes for a crazy realistic Grand Theft Auto V experience. From having to pay taxes to serving full jail sentences, there are all sorts of wacky suggestions for turning GTA from sandbox nuttiness to full-on life simulator.

Take a look at some of these community suggestions (along with responses for and against), and decide for yourself whether they’re fun ideas or millstones that would make the experience less fun. Can realism be too realistic? Is the freedom to live a full life ironically limiting? You decide!

All posts are quotes with their original grammar and potentially offensive turns of phrase. 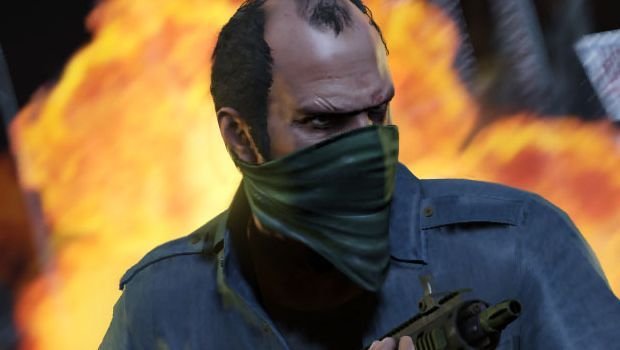 “What about having diseases in the game? Suppose if a protagonist is suffurring from a diesease then to get treated he must visit the hospital. In this way the hospitals will have some unique roleplay!”

“That would be much fun to see the protagonist suffer and die of disease. Yes, going to the doctor would be funny too like in reallife. Injections and so on.”

“Why the f*ck? Of all things to put in a videogame why diseases… that doesn’t sound like fun to me. Also, I’m sure some people at cancer foundations etc would get their knickers in a knot.”

“Skyrim did it and no one said anything. Hell, it made me enjoy treating my warrior after an NPC told me I looked sick and I noticed my damage output is off. Turns out I cought some bone diesease after a wolf bit me which made me do 20% less damage.”

“ve how the player use to get struck by malaria at times in Far Cry 2. Would love to see them in V too. IMO, they’ll make the game far-more realistic. That said, there should be a limit for it. I mean, I can’t stand HIV!”

“Yeah great idea,while we’re at it let’s add guns that jam every 5 minutes.” 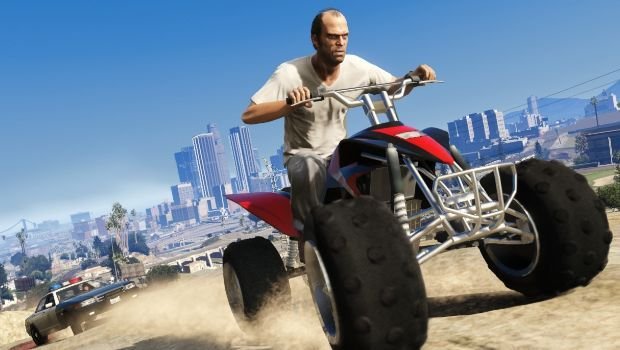 “In mafia 2 u have to refill a fuel on your Car I also want that feature in GTAV. In GTAIV The Gasoline Station is useless besides on blowing it. It adds realism on the game as well. Feel free to share ur thoughts and opinions.”

“It’s a terrible idea, that’s one of the reasons why Mafia 2 sucked in comparison to IV”

“How can u say it’s terrible? It works well in mafia 2? It also adds realism to the game. Why not in GTAV?”

“OH FOR f*ckS SAKE JUST PLAY MAFIA 2!!!!!!!!!!!!!!!!! GTA IS NOT THE MAFIA GAME SERIES! HOLY sh*t! How many more “Be more like mafia II” suggestions am I going to see on this forum? GTA V is not the next 2k mafia game. No one intends it to be. Furthermore, i’d rather not have to stop every 5 minutes to gas up my car thank you very much.”

“I see it as a benefit in terms of strategy and planning. IE, before doing a mission, you check if you’ll have enough health, ammunition, and fuel to get yourself out of whatever situation you may turn up in.I don’t see it being any more inconvenient than Pay ‘n Sprays, provided you are given a reasonable amount of fuel. Unless stopping the car for a few seconds is really that much of a problem for somebody.”

“Well if you could disable and enable it in the menu that would be awesome so everyones happy!”

“Super idea! Whoever said the idea was ‘suckish’ how the hell is it? In every road trip, you see the car being refuelled. It’d be superb! Realism and a bigger reason to use fuel/petrol/gas-stations! Imagine jacking a car that ends up being out of fuel/petrol/gas… In a car-chase with your car running out of fuel/petrol/gas… ditch the f*cker. It’s a superb idea. A tank would take you from the bottom of Alderney, to the top, to the bottom of Algonquin, to Broker, to Bohan. The idea is great… I don’t see whats wrong with people and their minds.”

“Oh wow… what is with the bitchyness of people, they’re like women! (not being sexist, just stereo-typing

)Just think about it, if it runs out in a car chase, on RARE occasions, it’d be funny… your saying you don’t want it too realistic, then you won’t want to be too serious. Games are made for fun, so how can you not find it funny? Don’t get irritated, just laught it off.. bitch.” 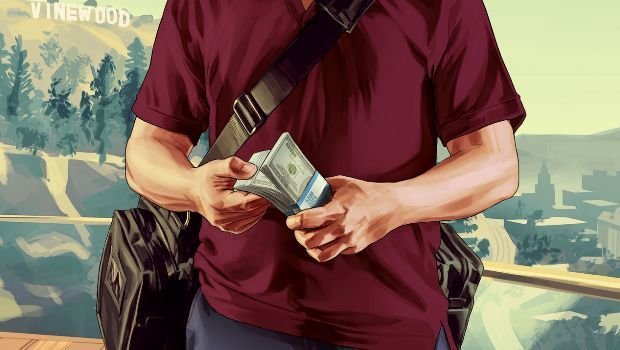 “i heard someone say that it would be a good idea to buy groceries to stock up for health , soounded likely , so this got me thinking.Will we get to pay taxes or electricity bills? this could be linked for everything, if you dont pay your electric bills, then you cant charge your phone and you cant use, and if you dont pay any taxes, then they send like 1 star on you.what about car insurance? if you dont car insurance, then your car gets scanned by police in the distance and they try and pull you over, that would be so COOL!WHAT DO YOU THINK?”

“Sure, if there’s something I like when I’m playing videogames is paying taxes.”

“Seriously, I just got done paying my taxes, why the hell would anyone want to do that in a game? It’s about stealing cars and killing hookers, nobody is going to worry if Trevor hasn’t filled out his 1080ez. “

“That sounds quite fun if you’re from bizarro world and have a severe head injury.”

“Like a good neighbor state farm is there… with a RPG. Could work out”

“Sounds like a cool idea, there could be different gameplay modes in the storyline. Incognito Mode (Just do missions at a simple difficulty, no need for hunger or anything like that) Criminal Mode (Police are tougher, missions are difficulter, money is tighter) Fugitive Mode (You need to eat, no cheats, everything is way more expensive, missions and cops are tougher, minimal health, pay taxes on owned properties)”

“he just wrote on another topic (will we be able to steal trolleys) Quote ‘inside sauces say you can buy groceries, and you obviosly need somethin to carry the groceries in, so i think its a good bet they will be in it to add realism to the game’” 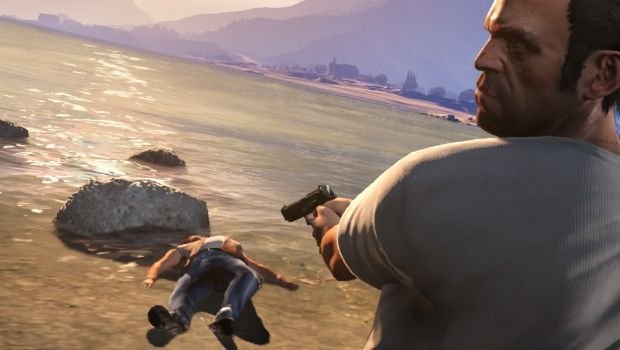 “This is just an idea, could probably get annoying but would be cool if done right.Ok so you’ve been shot 15 times and your health finally runs out. You get driven to hospital and enter a mini game where your the doctor and you have a certain amount of time to remove a couple of bullets. If you succeed you check out, if you fail you go back to the last save point! Imagine the anger when you haven’t saved in ages. Would make you more concerned about being shot and feel more human than indestructible videogame carachter.” 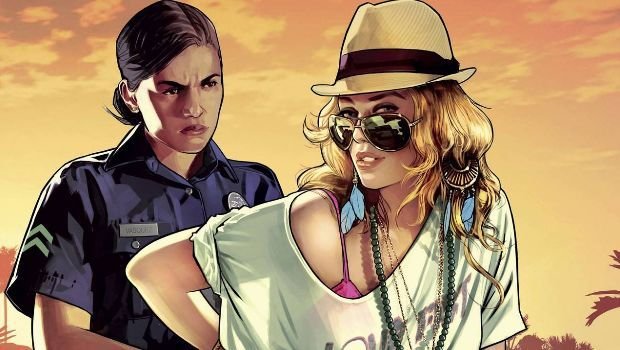 “Alright so I believe it would be a cool concept to throw into the game. Imagine having some sort of consequence after you’ve been arrested by the police. This would depend on what you did and how many stars you have. For example, you’re busted for a DUI so you’re taken into custody…given a fine and you’re in the drunk tank with the option to skip. The bigger you’re crimes, the bigger the consequences are. Eventually if you take the crimes far enough, or you’ve repeated them enough, you end up in the state penitentiary where you’re either expected to pay bail or escape. You also can learn things while in prison. In my opinion, stealing cars can be boring because it’s constantly the same…but each car has it’s own alarm system, especially when you get to the luxurious and exotics. Prison is like a school for criminals. So you’re cell mate could show you a thing or two, maybe it has to do with breaking into cars, or telling you about a contact for drugs, etc. I’m not suggesting you spend 25 years in prison because your murdered someone. You usually have tons of money to begin with, I think trying to escape from prison or have you’re friends bail or help you break out like that one mission in gta iv would be really cool.”

“Seems like an interesting idea, I dont see why it couldn’t work.”

“Going to the prison every time you get arrested would be kinda annoying after a while. However, if there’s some sort of plot attached I could see it working. Say at some point you are arrested ‘for real’ and you spend a few missions confined to the prison grounds, doing jobs for a few other inmates, and ultimately leading a breakout. I could see some fun with that.”

“great idea, but not for GTA. If I’m thrown into prison in GTA for the whole game, I won’t like it cause there are no cars. if I’m on the street one minute and in prison for a couple of missions, I won’t like it even more. Its forcing me to do misions. If I’m in prison for getting arrested, I would HATE it, cause then I would have to wait around to get out to go on a spree again.Maybe a different game, but NOT gta”

“Maybe you can bail yourself out, sneak out or just wait 1 in game day to be released.And if you feel like going to prison just to do it, you can turn yourself in.”

“I’d love the idea of breaking out and trying to stay under cover for a while. Laying low, change your appearance, grow a beard etc. If you owned any mansions, the police would be all over it and you’d have to find a small unknown hideout for a few days until the police give up search. And if the police get a good look at you, you could instantly get 3 stars or something.”

“love the idea of prison in the story line. and yeah after a while it WILL get boring. but wat if there was an option to enable/disable the option. like if its enabeled yeah u can serve ur time by working out, b-ball etc. and if disabled u just pay a fine (depending on crime) and u free again i think it will benefit both sides of this argument. but only have that option if actually busted (caught alive) but if dead and w/ a wanted level u just watch a skip-able cutscene of doctors doing surgery etcetera and pay a fine. that would definetly be sweet.”

“so we all wanna turn GTA into ‘Second Life’, eh?”