Why Titanfall won't be my next big gaming obsession

I’m just not that into you

Unless you’ve been living under a rock, you know that Titanfallis the talk of the gaming world right now. With the game in the middle of an open beta on both Xbox One and PC in preparation for its March 11 release, everyone’s checking out what Microsoft views to be a system-seller for its new console. Titanfallis being received generally positively by most that have played it. Our own Hamza Aziz even said that it’ll be his next big gaming obsession. I know for a fact that it won’t be mine.

After playing the beta for maybe five hours and hitting the level cap, I can’t see myself ever going back to it. I have no problem giving credit where it’s due. Titanfalldoes a lot of things right to breathe some life back into the first-person shooter formula. Particularly, adding substantial gameplay across the y-axis through its use of verticality goes a long way toward making it feel like a different game than we’ve already played.

There were even a fair number of occasions that had me temporarily thrilled. The first time I used the mech successfully to take down several opponents was supremely rewarding. The same goes for the lives where I would rodeo to destroy many titans and rack up big points. However, these moments were fleeting. 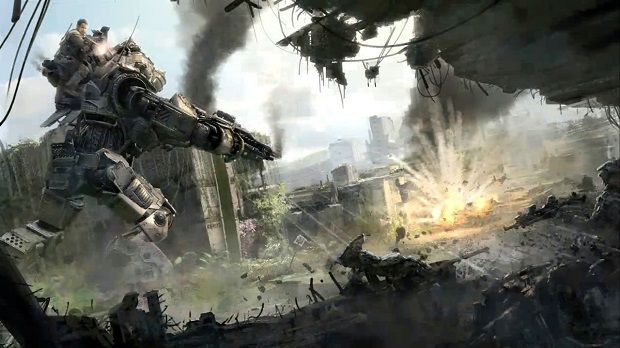 Once I had gotten the hang of Titanfall, the sheen began to quickly wear off. Every single time I hit the lobby, I was overcome with the staunch realization that another match would mean essentially the same experience for around ten minutes until I found myself back in the lobby.Déjà vuover and over again. I had known it for a while, but this strongly affirmed my mindset — competitive multiplayer just isn’t for me anymore.

In all honesty, I haven’t enjoyed playing multiplayer competitively since Assassin’s Creed: Brotherhood. Before that, BioShock 2was the last first-person shooter multiplayer I really got into. Both of those games had different takes on the tried-and-true formula that made them unique, and, as a result, refreshing. Apart from those two examples, it’s been a long time since I’ve felt the urge to establish my gaming superiority over another human being.

Rather, the elements that I value in videogames are largely missing from Titanfall. A compelling narrative, unique mechanics, relatable characters, and noteworthy art design are a few examples, but Respawn doesn’t seem too concerned about these aspects. Sure, there will be two short multiplayer campaigns, but given Respawn’s outlook on single-player storytelling, I doubt we can expect too much from these. 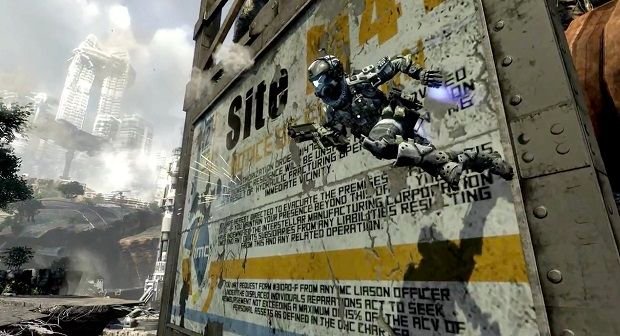 My personal issue with this is that we all want to be rewarded with progress, but in different ways. For me, videogames keep me pushing on because I want to know what happens to the characters, what twists might lie in the story, what setpieces may be ahead, etc. For others (largely Titanfall‘s core demographic), the promise of unlocking perks, weapon modifications, and prestiging is enough to keep them pressing on. That reward system just doesn’t do it for me anymore.

For all that’s been made of Titanfallbeing more than just “Call of Dutywith mechs,” that statement only really resonates with aficionados of the first-person shooter genre. If you haven’t dedicated substantial time to the likes ofCall of Dutyand Battlefieldover the years, enough to know the quirks and nuances of each, they begin to feel very similar. The experiences quickly blur together until you’re repeating the same actions ad nauseam. 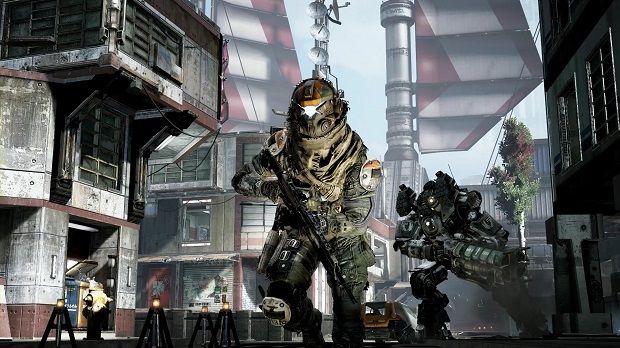 My point of ad nauseam — when I finally became sick of it — came within one day. Aside from showing some friends what it was all about, I had my fill of Titanfall by the end of Thursday. In fact, it was a relief of sorts; I probably would’ve succumbed to the hype of everyone playing it in March and bought it if the beta didn’t already leave me content that I had given it a fair shake. But, I was burned out in one day, and it’s highly unlikely that the beta and full-game release will be so vastly different that it changes my perspective.

I realize full-well that I’m in the minority with my viewpoint. If I wasn’t, Call of Dutywouldn’t routinely rake in one billion dollars with each game’s release. But, after giving the beta a chance, this still isn’t what I want from gaming, even as revolutionary as fans of the genre might regard it. To each his own. Let’s just chalk it up to a difference of tastes.