I see lots of endless nights in your future

“Hey man, you want to go out tonight?”

How many times have you either saidthat phrase, or heard itfrom a friend of yours? Whether you “get” MMOs or not, the fact remains that upcoming MMO WildStarwill have a major focus on raids, which is either good or bad news for your social life. 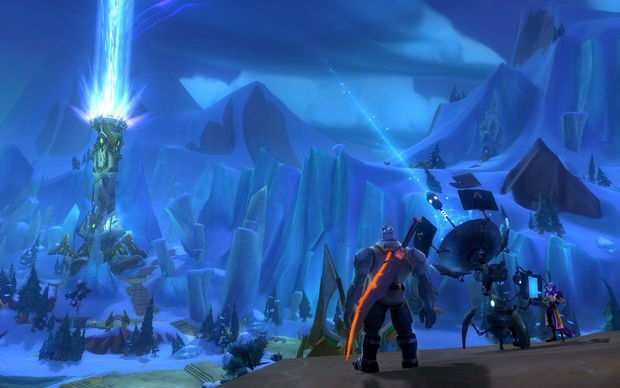 I’ve talked at length on why I love raiding here and here, so let’s presuppose you fully comprehend what makes it so magical. Onto the important stuff — what is WildStar doing differently?

First off the “telegraph combat system” has been revealed, in addition to the emphasis on teamwork. In Wildstar, raids are 20 and 40 man affairs, hearkening back to the glory days of vanilla World of Warcraftand beyond. The telegraph system is advertised as a mechanic that makes dungeons unpreditable, by either shifting patterns around or introducing new ones occasionally. The aim is that you can’t just watch a video on YouTube and basically learn the fight — you have to learn it first-hand and adapt. In theory, that sounds pretty incredible for people who don’t want wins handed to them.

Another important aspect of WildStar‘s raiding system is the “dynamic universe” idea. The developers don’t want raiders to go in, master a fight, and put it on “farm” status so they can replay it 100 times over for easy gear. Instead, the goal is to have enemies learn from you, and shift strategies on a weekly basis. This is basically developer speak for “we’ll hotfix fights if people exploit them,” but it’s a noble effort nontheless if it does actually keep current.

All of these changes require a lot of data mining and effort from the developers, but if they work out, this could be the destination to go for hardcore raiding. Expect lots of thoughts next month when I dive into WildStarmyself.