It was announced this week that Apollo Justice is to be released for the 3DS, bringing the complete run of mainline Ace Attorney titles to the Nintendo handheld. To this end, Capcom have announced a box-set of all six games, and even Phoenix Wright himself would have a tough time defending its price.

The Ace Attorney Premium Edition is available to order at a whopping 150,000 yen, roughly $1300. The set, apparently made for Ted DiBiase, features all six titles, a mini-CD of the Apollo Justice soundtrack, a collection of 15 gorgeous art-cards, signed by art director Takuro Fuse, and a small sketch card by series designer Shu Takumi.

It’s quite the visually-attractive package, I’m certainly not denying what a beautiful collector’s piece it is for the ultimate Ace Attorney fan. But wow, that price tag. Regardless, you earned your money, you can spend it on whatever you choose, I’m not your dad. Unfortunately.

The Ace Attorney Premium Edition is now available for order over at Capcom’s Japanese online store. 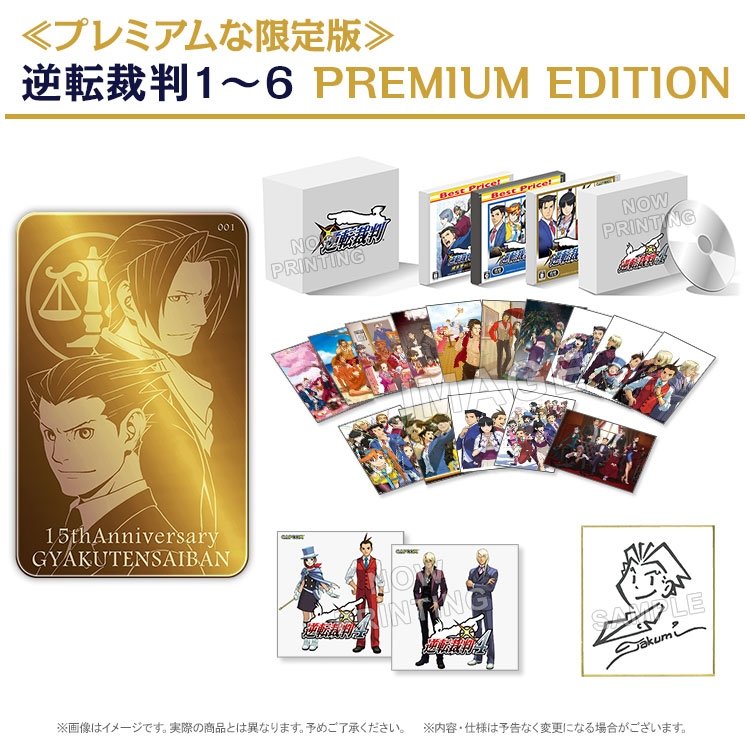