Zen Studios is teasing some sort of Valve crossover

It’s pinball-related, to be sure

You might know Zen Studios as “The Pinball Guys.” The Hungary-based developer has more games under its belt, but in recent years, it’s most well-known ventures have included flippers, steel balls, and franchises from elsewhere in pop culture.

It seems as if the next project in Zen’s pipeline will take on a theme from one of gaming’s most prolific developers: Valve. Zen recently tweeted out a picture of the two companies’ logos with a sleek pinball sheen.

Valve has a fair repertoire of games that lend themselves to be prominently featured on a Zen table. Something set in the Half-Life/Portal universewould surely be a hit. Left 4 Deador Team Fortress 2could be viable candidates too. There are a lot of possibilities here.

But, entertain me for a second, and imagine that the development roles are reversed. What if Valve is creating a game all about pinball? What if Half-Life 3‘s Gordon Freeman has suddenly ceased to care about the Combine invasion, and only yearns to be the world’s best pinball player? What if he’s also deaf, dumb, and blind for some reason? 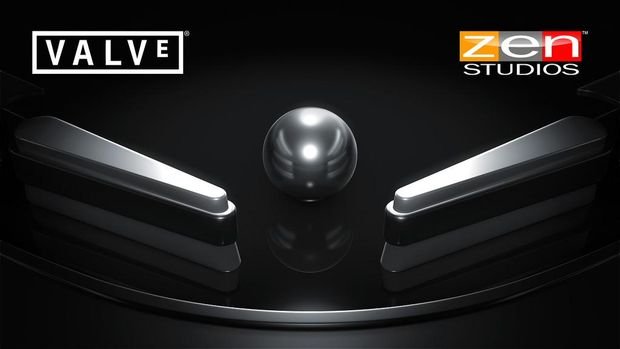 Share
Facebook
Twitter
Pinterest
WhatsApp
Previous articleSince Japan is awesome, they get their Devil May Cry 4 Special Edition in a pizza box
Next articleBored with your games? Make your own with this dev tools bundle