The joys of being a spectator

I’m really enjoyingMetal Gear Solid V: The Phantom Pain, despite the fact I’ve never played it, and probably won’t do so for a while.

My understanding is that The Phantom Pain plays a lot like a cross between its two prequels, Ground Zeroes and Peace Walker, with some optional open-world elements and bear kidnapping thrown in for good measure.

I really likeGround Zeroes and Peace Walker, and bear kidnapping is pretty much second nature to me, so I have every reason to think I’ll enjoyThe Phantom Pain as well. However, that doesn’t outweigh the fact I’m currently on newborn baby duty pretty much every waking hour of the day (the little booger needed to be changed twice while I was writing this post), so trying to get into a game about being immersed in another world for hours at a time probably isn’t a wise idea at the moment.

Still, hearing friends’ stories about The Phantom Pain, watching videos of it on YouTube, and reading spoilers about its story on message boards and social media this week has been a lot of fun. I’m going to guess that in-between baby care, I’ve spent an accumulated four hours in the past few days just thinking about the latest Metal Gear release, through either passive self-education or talking to others about it. Not a bad deal for the grand total of $0 I’ve spent on the game so far.

Looking back on it, I’ve always enjoyed watching friends playMetal Gear. My first time with Metal Gear Solid 3, my favorite title in the series,was mostly spent as a spectator. It wasn’t until the friend I was playing it with got stuck on a few bosses that I took over playing for us both completely. Having had it both ways, I found that playing the game was different, but no more or less fun, than just watching someone else play.

That’s probably because Metal Gear Solid does such an amazing job of melding movie logic and game logic together into a seamless whole, creating an action/comedy/drama that’s larger than the sum of it’s parts. You don’t necessarily have to control the game’s characters directly to enjoy that formula, In fact, it’s often easier to enjoy if you aren’t the one left frustrated with being spotted by an enemy that you had no way of knowing was there, or stuck fumbling with the sometimes unwieldy button layout. Where the player may be left annoyed with these moments, they can be laugh-out-loud hilarious for the friend in the passenger seat. 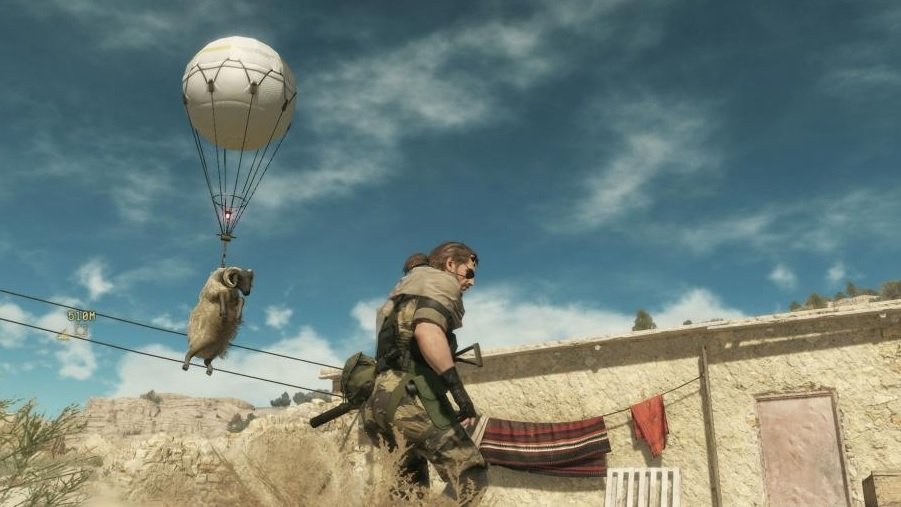 Thanks to the Internet, I’ve been able to experience a lot of The Phantom Pain from that perspective, and it’s left me loving the game just as much, if not more, than if I had actually played it myself. I’m sure to run through the game first hand someday (maybe after my son is able to dispose of his own poop independently), but for now I’m a happy to enjoy it as an audience member, rather than an actor.

I’ve heard people say the same thing aboutEarthBound and games in the Persona series as well. People love the characters, settings, and fandoms around these games, but the act of actually playing them doesn’t add up to enough fun moments per minute to justify the time sink.

Of course, many fighting games today have way more fans than they do players, but as “Smash 4” world champ ZeRo told me not long ago: you probably need to have some understanding of Smash to get the most out of watching high level play. But the same probably isn’t as true for Minecraft, which has millions of fans who are quick to say they like watching Let’s Play groups like The Cube play the game way more than they like playing themselves.

How about you? Are there games that you like watching, talking about, or thinking about more than playing them? If so, why is that?