And others, for no real reason

FUS! RO! DAMN IT! Why do I keep covering this kind of stuff? I think there’s something wrong with me. Well, I know there is, I’m just not sure what.

Good thing upcoming FPSGoat of Duty just announced some new costumes. Battle your friends in zany, capra-corny action as pop culture icons such as the Dovakhiin from Skyrim, a Vault Dweller from Fallout, or Major from Ghost in the Shell.

Those not weird enough for you? How’s about Ronald McDonald? Batman? Goku doin’ anything for ya? What about a goat Skrillex? I just know someone out there wants to play as a goat version of Donald Trump. There’s gotta be at least one person. 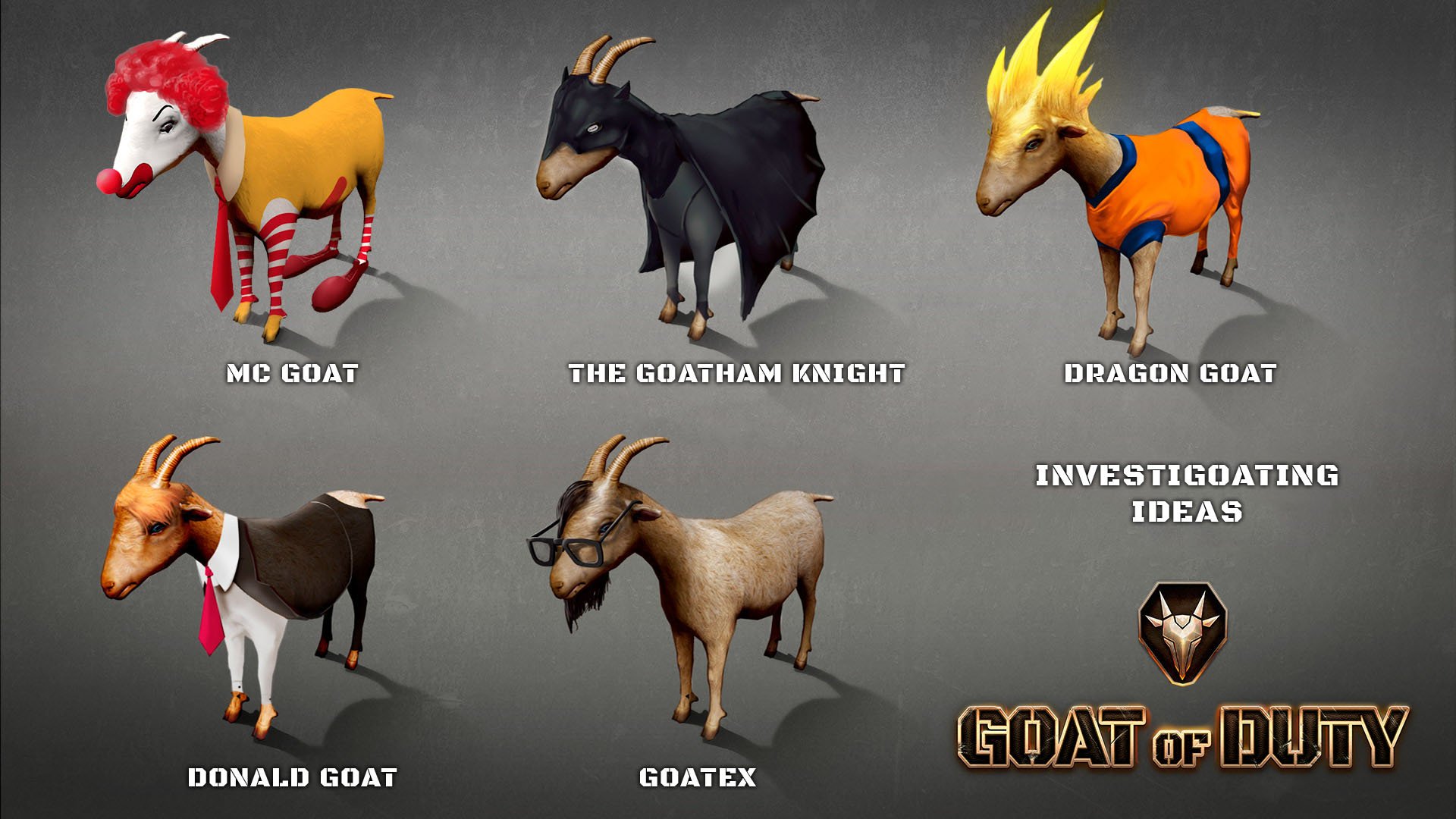 Goat of Duty is a first-person shooter where you play as goats with rockets strapped to their backs. You can climb things and jump really high. Because you’re a goat. As of now, the game is planning to ship with 2-10 player multiplayer in free-for-all and deathmatch modes, with two special original modes in the works.

This news post counts as my official announcement: In addition to being Chief Dog & Cat Correspondent, as well as Master of Asinine Fast Food Gaming-Related News, I now serve as Destructoid’s official Czar of Goat of Duty News. Please contact my agent for my forwarding address, Nobel Prize Committee.

Goat of Duty is expected to release later this year on Steam. You can join their Discord for Beta access, as well as other goat-based shenanigans.