While most of us took that snazzy E3 bootup screen effect during Bethesda’s conference for granted, the astute Duke Bilgewater managed to catch a special reveal hidden within the DOS text.

It seems like under the “Wolf3D” heading, which includes New Order (released in 2014) and Old Blood (2015), there’s a new entry for “New Colossus,” which a starred-out release date.Whether this is a brand new game, stand-alone release like Old Blood, or a DLC, is unknown. In fact, it could be nothing. But with the publisher gearing up for more announcements at QuakeCon and August, anything is possible.

After all the love and care that went into Old BloodI could go for another. 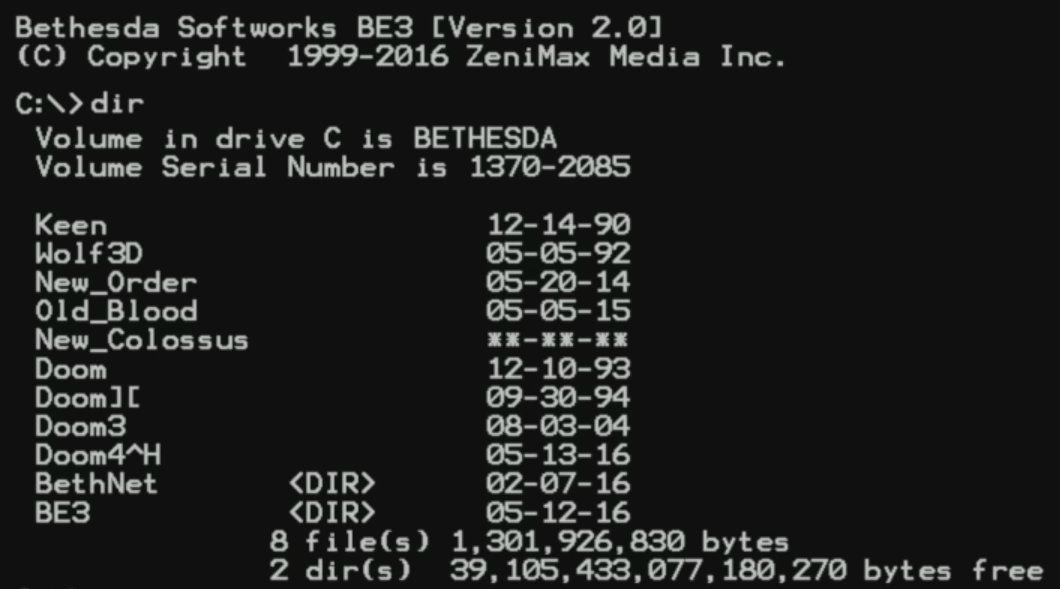