Brawl, the apology letter for the abhorrent Basement Crawl, is a decent improvement

A fun Bomberman clone with some worrying framerate issues

[Disclosure: Before I talk at all about Brawl, it’s time for some fun disclosure stuff. I was flown to Poland to visit the development studio and take a look at this game there. The team paid for my flights, a hotel for one night and some pizza. Don’t worry, I’m still going to describe aspects of this game as having “shit the bed.” So, look forward to that.]

Brawl is a game made as a form of apology. Back in late February last year we reviewed a PS4 game called Basement Crawl which wasn’t received well. We gave it a 2/10 for being a Bomberman clone missing a tonne of features, failing to make use of it’s own intriguing opening cutscene narrative setup and in many ways just being broken. It was a multiplayer only game with too few character models for players to avoid having to double up, no tutorial, no single player and nothing to differentiate the playable characters.

Yep, it was a broken and unfinished product,with an online feature littered with lag and very little actual content. So, developer Bloober Team has spent the last year entirely remaking the game to give out for free to players who bought the original buggy mess. 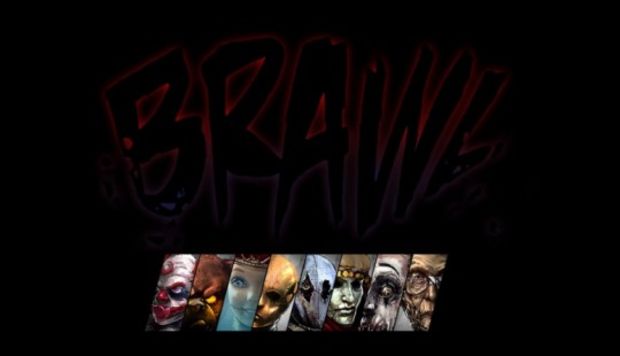 Yes, Brawl is a far better Bomberman clone than Basement Crawl was before it and manages to fix most of the issues we had in our initial review. That said, it’s still not perfect and has some issues to iron out before launch. Let’s start with the good.

Basement Crawl has upped its original four character roster up to eight characters, meaning that you can now have a full eight player online match without players having to double up on characters. The characters now all have unique move sets that shake up how they play in interesting ways. One character can throw knives that stick in place then swap positions on the map with the knife. One character can cast an area of effect that flips control directions. One character has a bunch of melee attacks that can be fired either in a single direction or as an area of effect to stun other players or break blocks. There’s actually some reason to try out multiple characters now which is a nice addition.

The game also has a bunch more multiplayer modes added. From a mode that resembles a top down Splatoon where you paint the level with bombs to challenge modes about protecting flocks of sheep from robot attacks, there’s certainly more content in the game now. There’s also now an hour-long single player campaign added to the game for each of the eight playable characters. Each campaign is tailored to teaching proficiency with that character and their move set and comes with a creepy narration. The stories are suitably eerie to deliver on the promise of Basement Crawl, and had me interested in putting some solo time into clearing the single player content.

With this all said, you might be wondering when I’m going to get to the issues with the game. Oh, they’re coming. 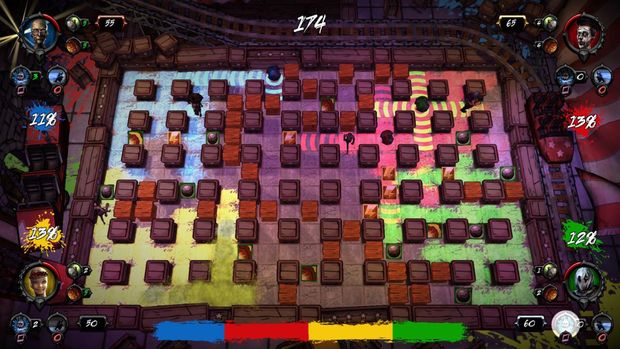 So, Brawl‘s biggest holdup for me was frame rate. For a Bomberman clone on PS4 made in Unity, the frame rate should not suffer nearly as much as it did. Too many paint bombs go off at once? The frame rate slows to a terrifyingly slow crawl. Play the single player mode? Frame rate dips for seemingly no reason at all. More than once the developers had to restart the PS4 in order for the frame rate of even walking around an empty map to recover.

More than once the frame rate simply shit the bed. See, told you I’d say it.

I put about eight hours into playing Brawl while in Poland and I came away feeling very mixed. It’s undeniably a massive improvement on Basement Crawl and I had a lot of fun while playing it, but frame rate chasms repeatedly drew me out of the experience. The character move sets made for an interesting shake up to the standard Bomberman clone formula. The single player narrative was well acted and written. It was a fun game until the frame rate nosedived. Assuming the framerate issues are fixed then Brawl could end up being an enjoyable Bomberman style party game with a dark theme and little if any competition on the system. I certainly got a good few hours of fun out of it.

I have been told by the developer that the frame rate issues are being patched before launch, but I was also told when playing the game that I was playing final retail code. I’m hesitant to praise the game too highly before release in case it’s not fixed, but there’s a really interesting game hidden under those frame rate issues.