Tutorial, or not tutorial

I first started playing Citalis, now available on Steam, last month after the developer sent us an email about its then-impending release. With its clean lines, and simple-yet-elegant art, I was immediately drawn to it and requested a review code. The last time I did this I ended up despising the game and vowed never to take a chance like that again, but I broke that vow thinking this would be different.

Citalis is a grid-based city building game with elements of the clicker genre that has exploded in recent years. You start with a little bit of money and three different grids: commercial, residential, and parks. You have to build your city, its business, and its scenery without going bankrupt. Success means balancing your commercial growth with your available housing and park areas. If you don’t have enough parks, crime will grow in your city, eventually shutting down your businesses. At the end of each day you have to pay a fee to keep your city afloat, and if you go just $1 into debt, you lose. 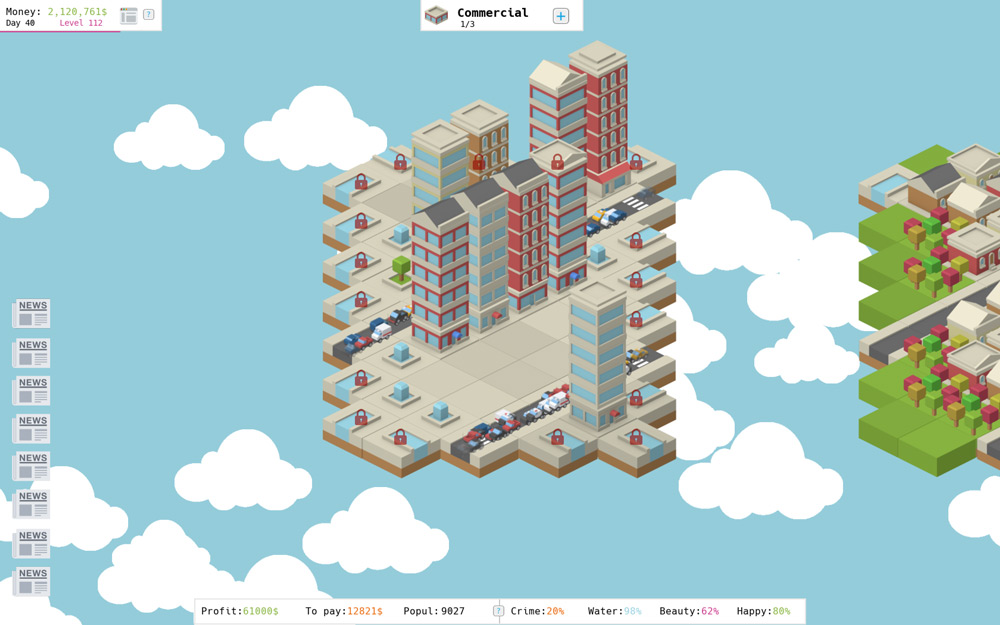 If that at all sounded like it could be difficult, it’s not. Well, it’s not now. When the game first launched, it did so without a proper tutorial. Because the mechanics weren’t adequately explained, I kept going bankrupt. I could barely make it five minutes in the game without losing. With no steady internet connection, I was unable check the forums and had to rely on trial and error. About a week in I reached out to the developer who was able to help me build my parks, which I had not been able to do at that point. Once that problem had been fixed, other issues popped up. I wasn’t making any money and crime kept corrupting my businesses. I honestly thought the game was broken, but it turns out all it needed was for its mechanics to be explained.

A few weeks after release, I finally got access to a new tutorial that did a more thorough job of explaining how you play. Money and crime? Those issues could be solved with a simple click of the mouse. When you open a business, you have two bars: profit and crime. Profit starts to fill as soon as you open your business, while crime will build once your city starts to expand. To cash out your profits and to wipe out your crime bar, all you have to do is click the bar. 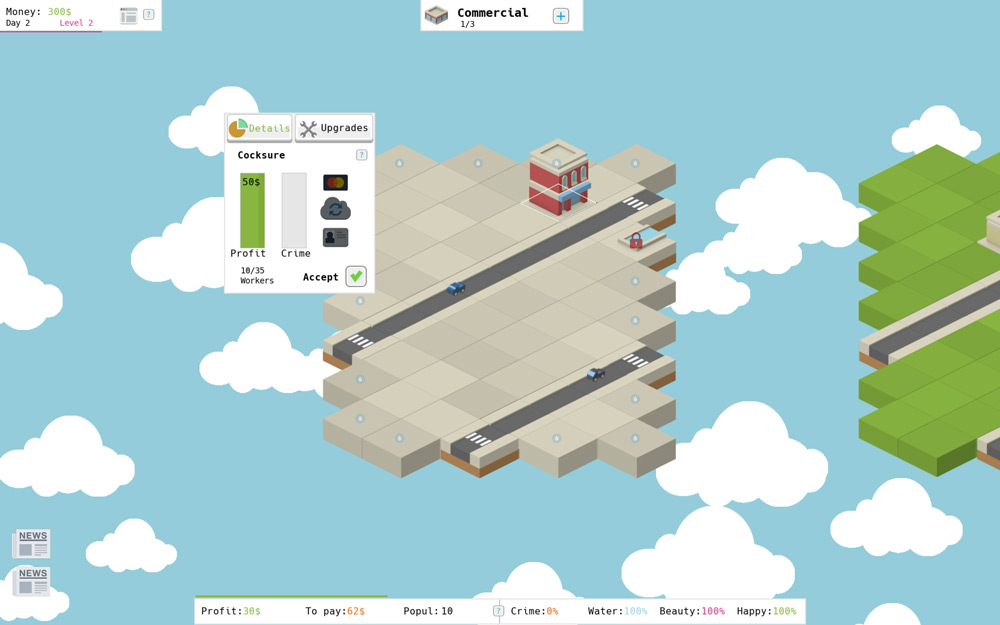 At this point Citalis ceased to be a city building game, instead devolving into a mindless clicker management game. With an upgrade, profits can be cashed in automatically, so I found all I had to worry about was clicking the crime bar on my different companies. Within minutes I had millions of dollars and no way to lose. I kind of like the game better when I didn’t know what the hell I was doing, because at least then I was trying to win instead of just coasting to victory.

I dig the basic idea of Citalis and its limited, grid-based design. I think there is a great game to be found here if more traditional city-building elements were implemented, even if that meant starting from square one. If anything, this game has taught me the importance of having a decent tutorial.