Guaranteed to blow your mind!

Hello my little stars and shines, it is me once again, FakePlasticTree. Can you all believe we’ve almost clocked 20 entries of this thing? Only a 100 more to go before we can place ourselves next to our predecessor, who did all of this on his own. I’ve recently found myself playing Bloodborne again, among all other games I want to finish, and I’ve become enamored once again with the Gothic Victorian setting, and its many creatures that would give H.R. Giger nightmares.

Dressing very fashionably in cool looking trenchcoats while you slay the armies of Cthulhu never gets old. But I digress. This isn’t the Cblogs, let’s get on with what matters – your comments!

Nioh is getting a complete edition later this year

FakePlasticTree:Kiff, we have a conundrum.

FakePlasticTree:T’is the truth, which is why we have both the original Crash 2 and Warped on the Vita, whereas the Americans don’t.

FakePlasticTree:Nothing says freedom quite as much as a chestnut-coloured horse with an anime elf boy riding it. I can’t think of any other animal that does that.

Golf Story is out this week on Nintendo Switch 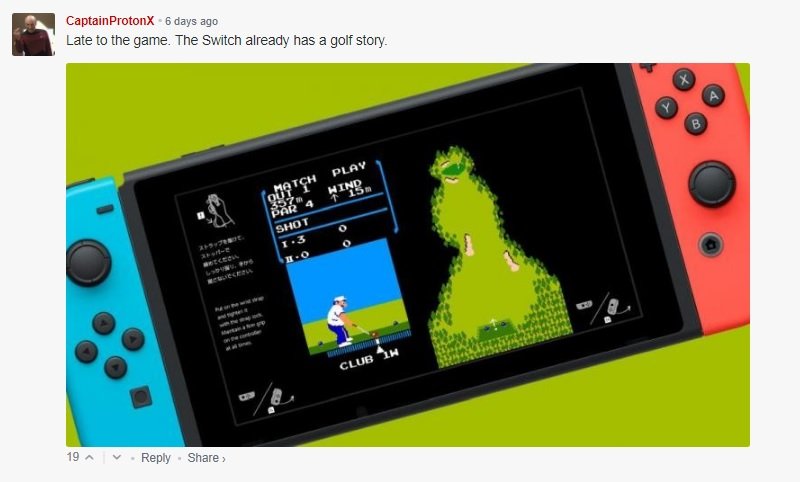 FakePlasticTree:Get these kids off my lawn, I’m trying to play golf on my Switch here!

The Chinese Room is taking a break, partially because it’s bored with walking sims

FakePlasticTree:Incidentally, do any of you guys know where I can find some Chinese people?

Street Fighter V gets an abundance of Halloween DLC today

FakePlasticTree:Damn it you guys, I fold.

FakePlasticTree:I prefer great framerate over good resolution but even I found this funny.

Waluigi mod makes Legend of Zelda: Breath of the Wild worth revisiting 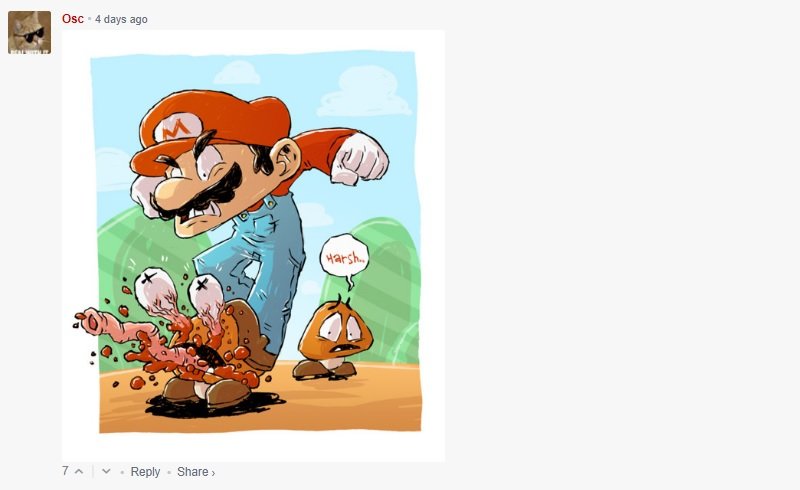 FakePlasticTree:Truly, we gamers are all monsters.

FakePlasticTree:SNES Classic is like an owl: It’s out there somewhere, you just don’t know where.

Love, loss and water hazards as Golf Story tees off on Switch today 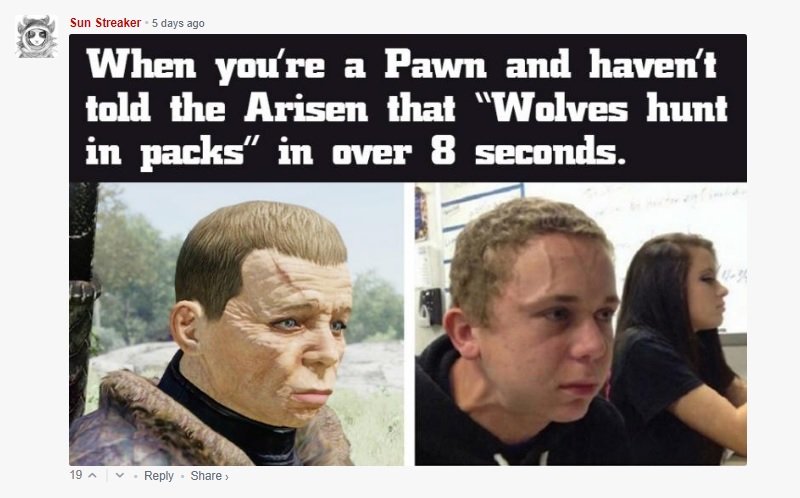 FakePlasticTree:Hey Arisen, where are you running off to?! I must endow you with more useless trivia! Don’t you want to hear more about Gran Soren’s scenery?

I’m so obsessed with this fluffy bat from Monster Hunter: World

FakePlasticTree:A license to kill, if you will.

The video game voice actor strike is (tentatively) over

FakePlasticTree:What do you mean I’m not supposed to dry my cat off with the mircrowave?

FakePlasticTree:As long as developers like Atlus continue to support these consoles I will continue to play on them, but honestly I’ve bought plenty of great games on the Vita. The fact that I can play old classics on them is great too. Especially classics I never got around to play in the first place.

According to John Boyega, this is Star Wars Battlefront 2

FakePlasticTree:There can only be one Battlefront 2.

FakePlasticTree:This is the same issue I’ve had with Hitman, the fact that unlockables are tied to the online component and thus are only accessible through a limited time period. Manufacturers tried to sell consumers on the “always-online” narrative and it hasn’t worked out, still doesn’t. But some games do manage to make the online component work, and compliment the game like the Souls games. I know for sure I’ll be putting my attention back on Gravity Rush 2 soon. Anyway, onward!

IT is the highest grossing horror film ever, but Kingsman: The Golden Circle is crowned 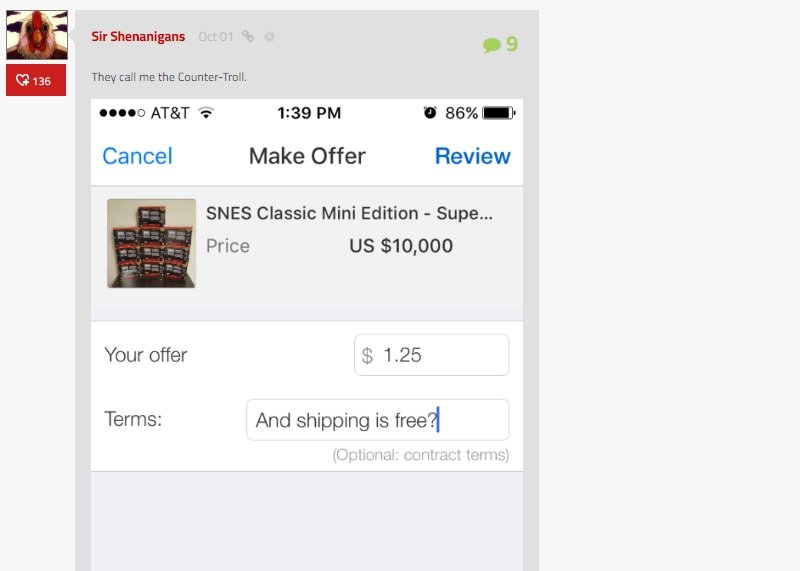 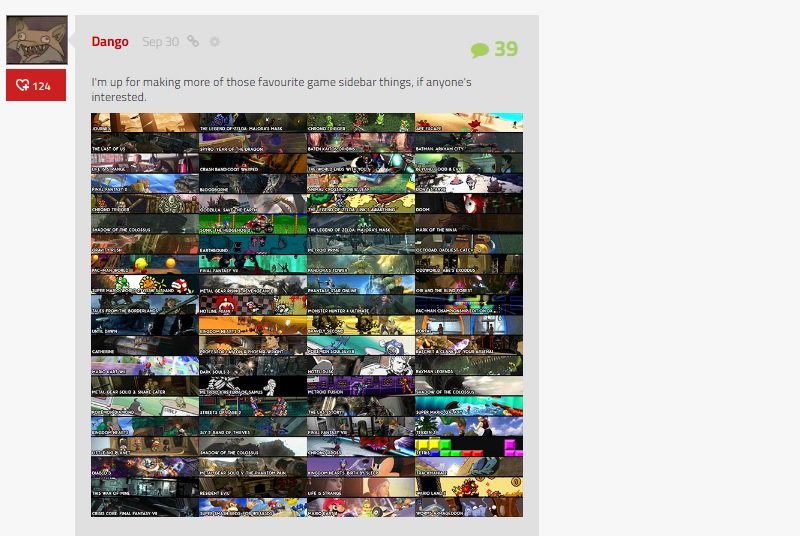 FakePlasticTree:Dango doing the lord’s work for anyone who want to pimp out their profile sidebars. 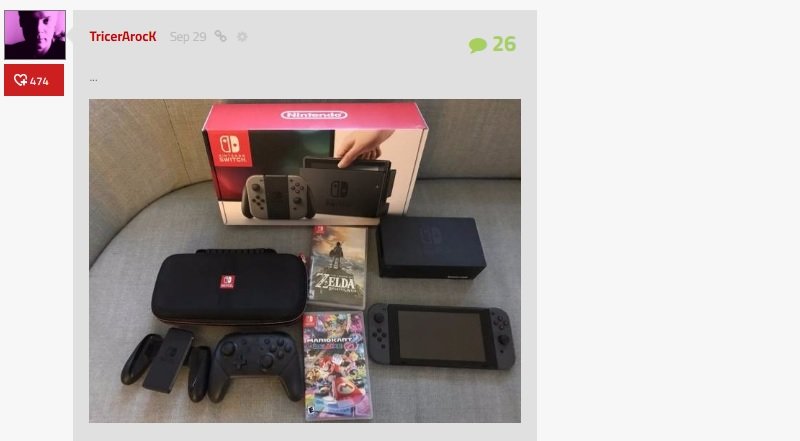 FakePlasticTree:Tricer is now Switched on.

And that is it for this week! Tune in next time to see if Goku will finally have enough energy to launch the Spirit Bomb on LimoMaker, if Carmen Sandiego will be found, if Bowser will finally try online dating, if Chris Redfield will finally give up on the human race, and if Luffy will ever find that damn One Piece, whatever it is. But even better, you get to experience LimoMaker’s final CotW entry, presumably before he gets sent to hell by Goku. But of course he won’t…*whisper* he’ll be back in the sequel!