Comments of the Week 58: Lateness is apparently an option

I am down with the sickness, unfortunately

According to my doctor, since I have lost my job I have been working my body too hard and am now suffering the consequences: tonsillitis and a head cold, as well as consistent fatigue, has done a real number on me over the past two days.

My day, before falling ill, consisted of job interviews (at least one a day) on top of exercising, socialising, gaming, working on my final dissertation project for next year, and applying for internships (which only led to more interviews).Laying it out like that, I can see why my body betrayed me — especially when I consider that I suffer from anxiety, especially now I’m stressed due to having no job.

It is also why this edition is five days late; unfortunately my stubbornness prevented me from telling the otherCotWmembers about what ails me, so here we are.

I’m five days late, medicated to hell, still in bed despite it being late into the evening (I always write these things last), and am going to forget my worries as I bring you last week’s edition of Comments of the Week!

reward me with medicine please

TheLimoMaker: “The ole pump and dump” is also the name of my sex tape, volume 2.

WWE 2K19 has been counted out on Switch 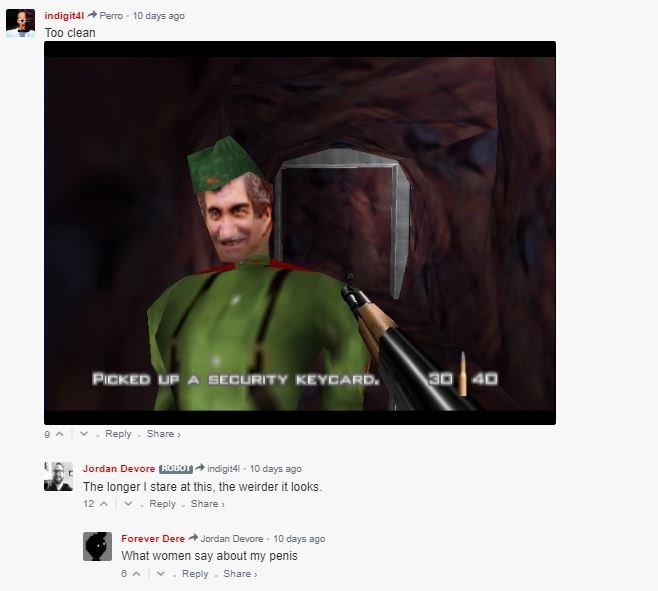 Pokemon GO has made a staggering $1.8 billion in two years 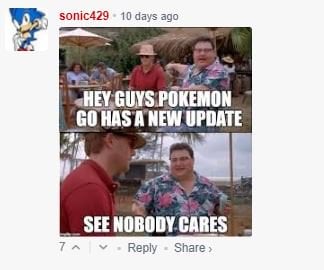 Hold the phone: All 151 Generation One Pokemon are getting plush toys 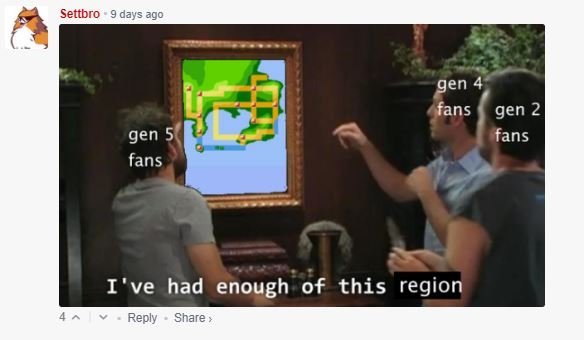 TheLimoMaker:As a Gen 4 fan, I can relate.

No one allegedly recognized this Zelda Fierce Deity Link cosplay at a con: do you? 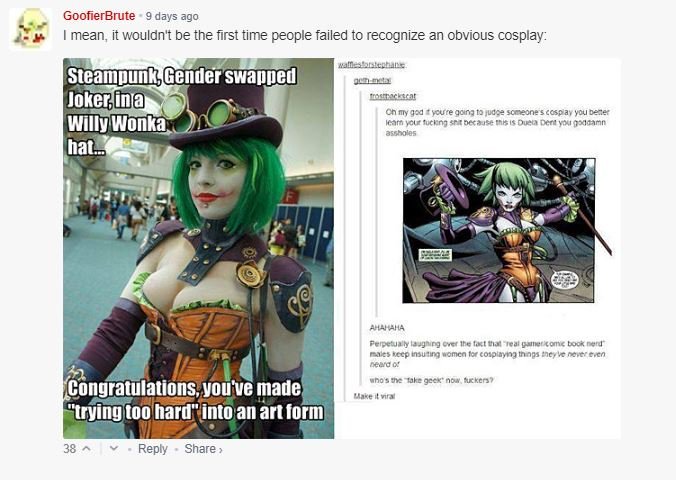 TheLimoMaker:Truly, I am a fake gamer for I did not know.

TheLimoMaker:I am terrified of his foresight.

Zombieland 2 is happening with the entire original cast

TheLimoMaker:Unfortunately it breaks everyone in the end, my man.

Whatcha been playing this week, Destructoid? 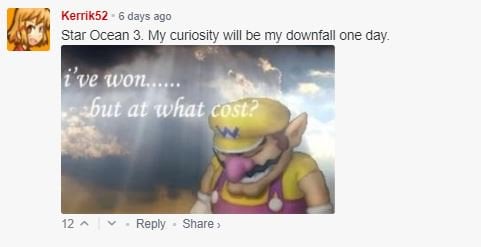 TheLimoMaker:Never played aStar Oceangame, and the way the series is talked about I don’t think I ever will. 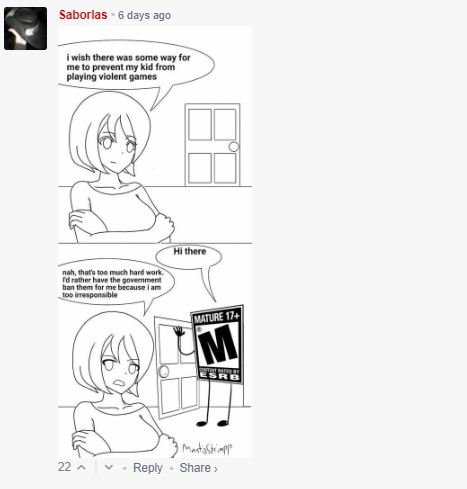 TheLimoMaker:Parents eh, who needs them? Especially your dad! *cries* 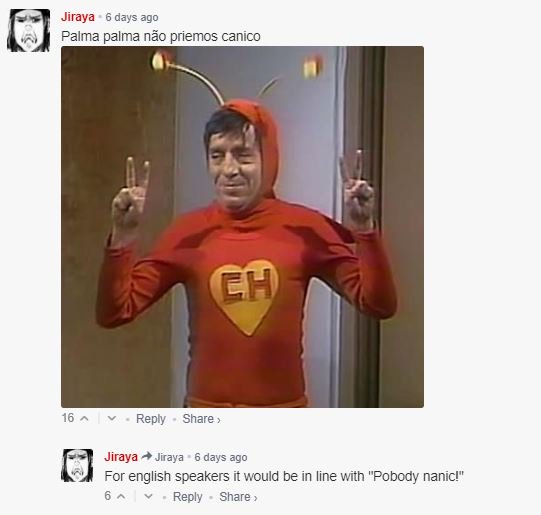 And that’s a wrap folks. Apologies for the lack of QToid stuff, but trying to write this has literally taken me all day, as I keep doing off sporadically. Hopefully this was passable and I can come back with a bang in a few weeks.