Wired or wireless — your choice!

Upgrade your gaming setup with today’s contest: Win a PDP LVL50 Headset for your PS4 or Xbox One!

Winning free games is pretty cool, but honestly I much prefer the times when I can give away cool physical stuff. It’s just so much more fun! Except the shipping part. That’s not all that much fun. But I do it anyway, because I love you guys.

Today we’ve got PDP’s LVL50 Headset up for grabs, one each for PS4 and Xbox One! 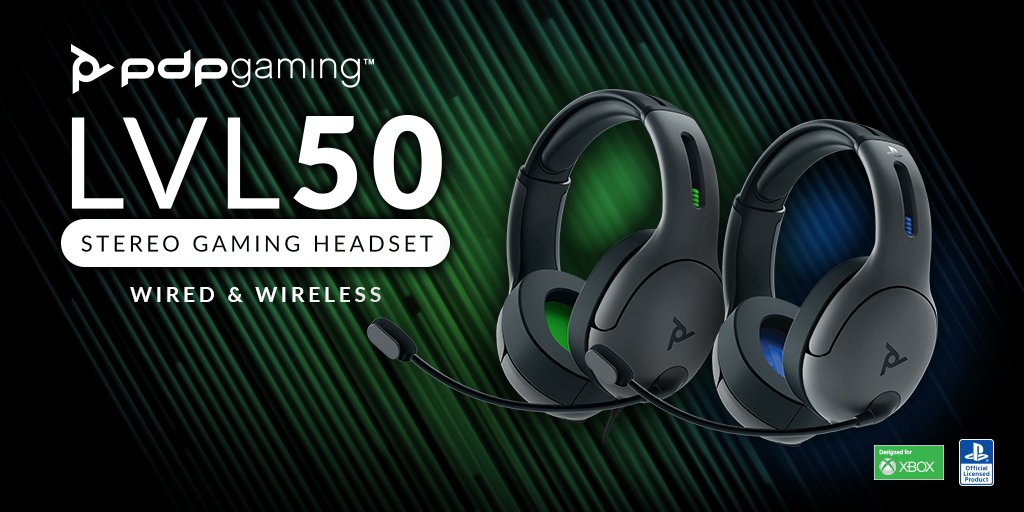 The new LVL 50 Headsets are designed to offer exceptional comfort and consistent performance, with functional and rugged construction, and high-fidelity audio, making it the best new headset for serious gamers — whether they’re popping into a quick match before dinner or hunkering down for days with a new release. Hear what victory sounds like with the 50mm High-Definition drivers that deliver a clear and balanced sound.

And here’s an infographic with specific details! 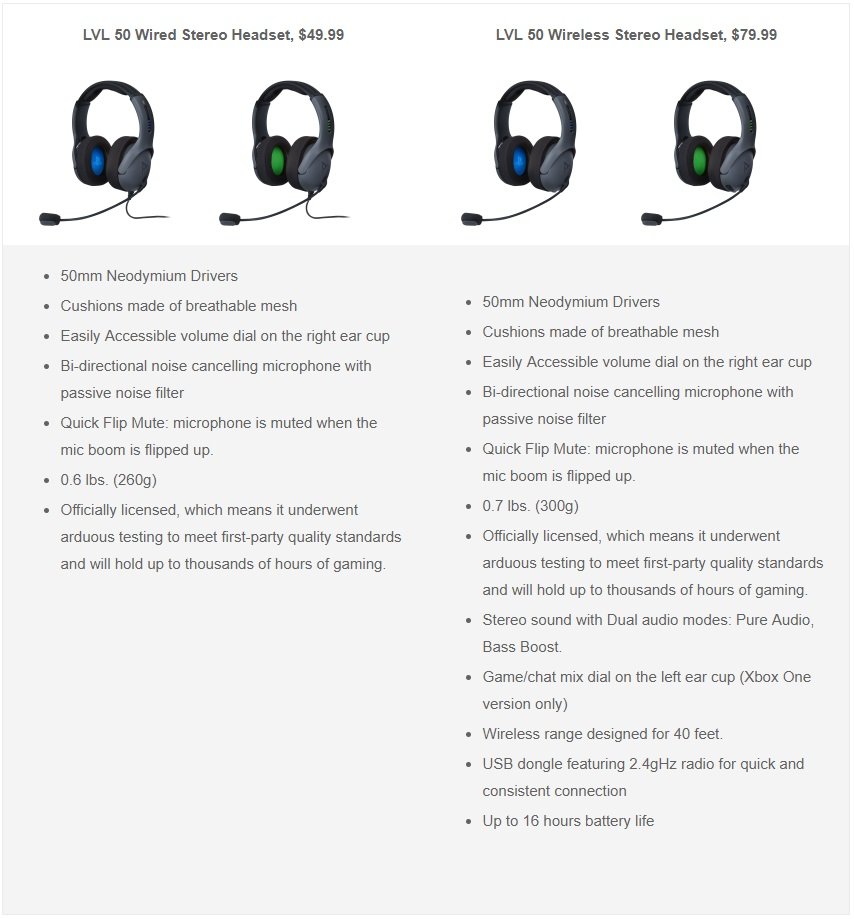 And here’s another sentence ending in an exclamation point!

We’re giving away one PS4 and one Xbox One set — it’s your choice as to which platform, and whether or want the wired or wireless pair. Options! To enter, just leave your name and email address using the widget below. You can repeat daily for additional entries. For bonus entries, follow PDP and Dtoid on Twitter, and share our contest post with your friends.

While you’re waiting to see who wins, tell us in the comments which game you’re going to use these bad boys on. I’ll probably boot up some Mortal Kombat and yell at people while I hit them with Leatherface’s Chainsaw. I still can’t believe they shoved a Xenomorph, a Predator, Jason Vorhees, and Leatherface into that game. It’s nuts. I’m looking forward to seeing the goofy crap they come up with for the next one.

We have two winners here: One PS4 headset winner, and one Xbox One headset winner. Winner’s choice on wired or wireless model. Since this is a physical prize, you must have a United States shipping address in order to win. Winners will be drawn Monday, February 25.

Contest: Contest: Win a PDP LVL50 Gaming Headset for Xbox One or PS4