In today’s contest you can win Let’s Sing Queen for Xbox One, PS4, or Switch!

I’m going to say it, and you’re going to listen to it: Let’s Sing Queen is the Dark Souls of singing games. Like, legit. Freddie Mercury has the absolute best voice EVER in rock, and probably outside of it, too. I’m nervous even thinking about trying to hit any of those notes playing this one.

Well, you can give it a shot! We’ve got some Xbox One, PS4, and Switch copies to give out, so everybody play the game!

It’s simple: Queen rules, and you get to sing along to them in Let’s Sing Queen. Or at least try. Dude’s got some range. If you don’t still have a microphone laying around from the era of games with plastic instruments, you can connect your phone to the game and belt into that! That’s a pretty cool feature. There are also six games modes, but I’m pretty sure they’re all revolved around singing about riding bicycles. Or females with voluptuous backsides. You know, all the normal Queen stuff.

Check the full tracklist so I don’t have to copy and paste it all! 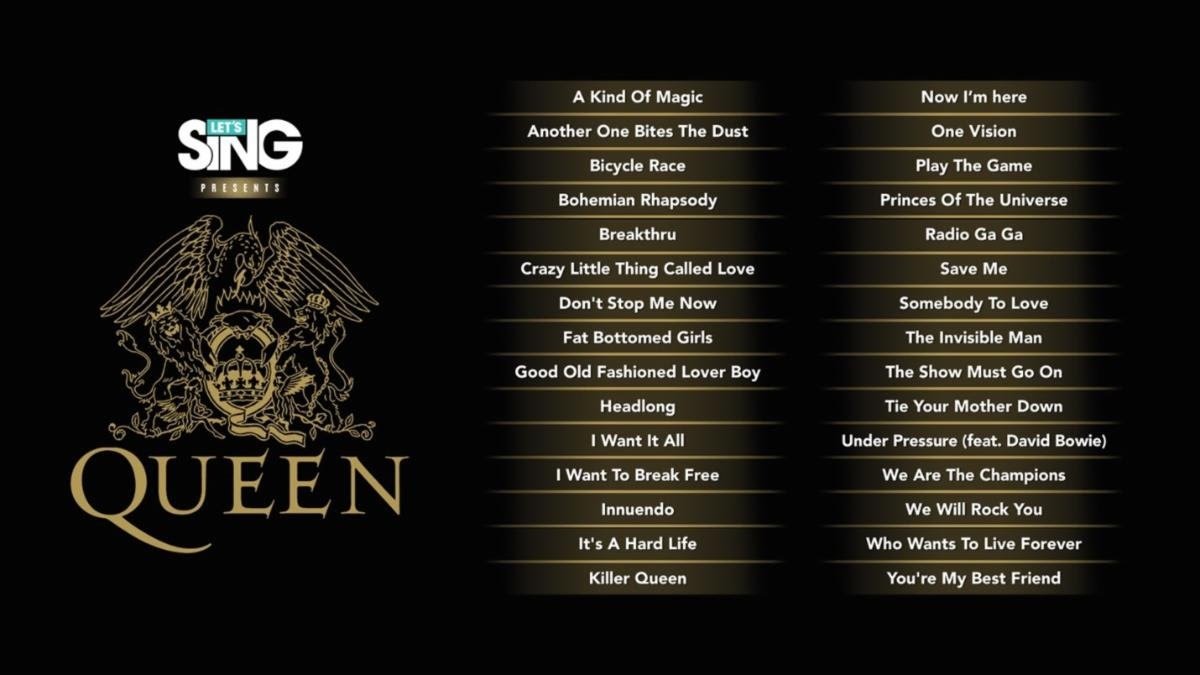 To enter to win, tell us which of the 30 songs above is your favorite. I’m an absolute sucker for “Don’t Stop Me Now.” If you don’t have a favorite or are new to Queen, tell us your go-to shower or karaoke song, instead!

We have three copies to give away for each platform; we’ll randomly draw winners next Friday. Make sure to comment with a Dtoid-generated Disqus account, and that we have your current email address on file. If you’re new, sign up here to get all radio ga ga with us.

Let’s Sing Queen is available now for Xbox One, PS4, and Switch.