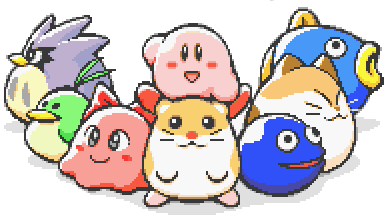 It’s been a while since the last Community Interview, so what better person to interview than the person who talks down on your choice of waifu? Torchman is known for a lot of things: robots, waifu judgement, anime, the 1996 ice skating championchips. He used to be Adachi, and he’s a regular on the official-unofficial Discord chat server and he may never get around to finishing that Super Robot Wars review, here’s Torchman.exe!

Striderhoang: ok, so we’ll start how we always start. How did you wander onto Dtoid and what has kept you chained to this infernal hellscape?

Torchman:Oh lord I don’t even remember. If I had to guess, probably some news article that was covering stuff that other sites were missing. It’s the jokes and community that keep me around however.

Striderhoang: If I remember correctly, Adachi was your avatar for the longest time. Was it your first? And whta prompted you to change it, unless that’s too obvious because obviously its because you got sucked into SRW and Mazinkaiser.

Torchman: On Dtoid it MAY have been my first. There’s a chance it may have been something else. My absolute first avatar was of Fireman.exe, who’s ‘localised’ name in the Battle Network anime was Torchman.exe, the origin of my username.

Striderhoang: WHAT. THAT WASN’T MY QUESTION. DO OVER.

Torchman: I’M SORRY.IIRC, I think I was influenced into changing it by Nekro’s constant changing. Started out with switching to the anti-spiral from Gurren Lagann, then it spiraled out of control.

Torchman:Good times. I went out of my way to find that exact moment too.

Striderhoang: Oh yeah, I remember Anti-Spiral now. So what is the origin of your username?

Striderhoang: Favorite game and console, besides from SRW.

Torchman: Oh that’s a toughie haha. Kirby’s Adventure for NES is my favourite game hands down. Going to say my favourite console was probably the DS though. Such a treasure trove of gems right there.

Striderhoang: Is that the original? I know the very first one, Kirby couldn’t even copy yet

Striderhoang: Ok, so we’re talking Kirby. That begs the question, favorite power of all time and favorite animal buddy.

Torchman: Aw that’s not even fair with the new title not out yet haha. Probably a tie between Smash and Mirror. Although embarassing moment, haven’t played any Kirby games with the animal buddies.

Striderhoang: well, Robopon being not out yet seems like an ok trade, but a lot of the powers are mostly returning of not worth my time personally. WHIP SUCKS. Leaf is interesting, but super weak. And ok, Archer is awesome

Torchman: I am totally ok woth turning Kirby into hawkeye. Although ya, a lot of powers from Returns to Dreamland and onwards are generally meh

Striderhoang: For the record mine is Pitch, the smaller green bird. Kirby’s agility is generally unhindered while carrying him and copy powers tend to completely transform the entirety of Pitch for Kirby to use

Striderhoang: Like, I think cutter turns Pitch completely into a huge boomerang, and shock has Kirby RC control an electrified Pitch

Torchman: That sounds amazing. Which titles is Pitch in?

Striderhoang: Pitch was one of the new buddies introduced in DL3,along with Nago the cat and Chuchu the… blob?

Torchman: Oh geeze. I think I have that downloaded on VC. Probably give that a go tomorrow

Interview over, I have Kirby 3 to play now.

Striderhoang: Ok, anyways. Kine is a runner up despite how useless he is on land. Cause Kine is the fish

Torchman: I think I’ve seen him before

Striderhoang: If you could pick a Dtoider to teleport to and demand a fun time with, who would it be and how against their will will it be?

Torchman: Hmmmmm… I’d have to go with Larx. Although not really against their will. I’d feel bad about it.

Striderhoang: A o you chose Larx. So what? A rousing time sitting in a room together. On chairs. OOOH, CHAIRS. I don’t drink. I tend to imagine a good time is drinking. Burger run maybe.

Torchman: Hey now, I have some god damn comfy chairs here. Drinking and pizza is always a solid combination. Although he’d probably be forced into watching Big O the whole time. Big O is love, Big O is life.

Striderhoang: Vanilla. And so we move onto the true meat of the interview…

Striderhoang: So we can have it here on record, officially, your waifu, please

Striderhoang: I got the button mixed up. So Naota was just a political ploy used by your opponents during the great presidential race for President of Waifus.

Torchman: lol like Naoto ever had a hope of being a good waifu.

Striderhoang: Where do your standards for waifus come from. Were your parents shot by a criminal waifu, forcing you to become a caped crusader who punishes wicked waifus?

Torchman: Family got caught up in a waifu shoot out over two shit waifus. On that day I swore to punish all shit waifus.

Striderhoang: Anything in particular about Angel that compels you to champion her cause?

Torchman: Well I mean, the Big Venus part helps. But just how she’s just on another level from the shit waifus most of dtoid has in all regards.

Striderhoang: I mean, it’s mostly been about shit waifu secret policing and SRW lately. We might as well crossover into mech territory. I guess it’d be obvious that your favorite mech answer would be Big O. Unless of course its not. Since SRW has been exposing you to a lot of different mechs.

Torchman: Haha it would definitely be Big O. Although Gurren Lagann is a close second

Striderhoang: That’s surprising. I didn’t know you had any attachment to GL.

Striderhoang: I actually love GL, but I have trouble putting a rank to the actual mech. I think it’s because GL is more about manly magic rather than engineered science. But on a scale of manliness, yeah, go GL, go.

Torchman: Ya it’s fantastic. I especially love the ending of the second movie

Striderhoang: I wish I could find it legit. I’d have to probably, *ahem* use underhanded means to see it

Striderhoang: Which now that I think about it, splits your decision for favorite mech down the middle. Big O is very rooted in some sembelance of reality, with big, weighty movement and slow, methodical mechanics but GL is just magic, which weapons appearing because fuck it whatever.

Torchman: I guess I’ve never thought about it that way. 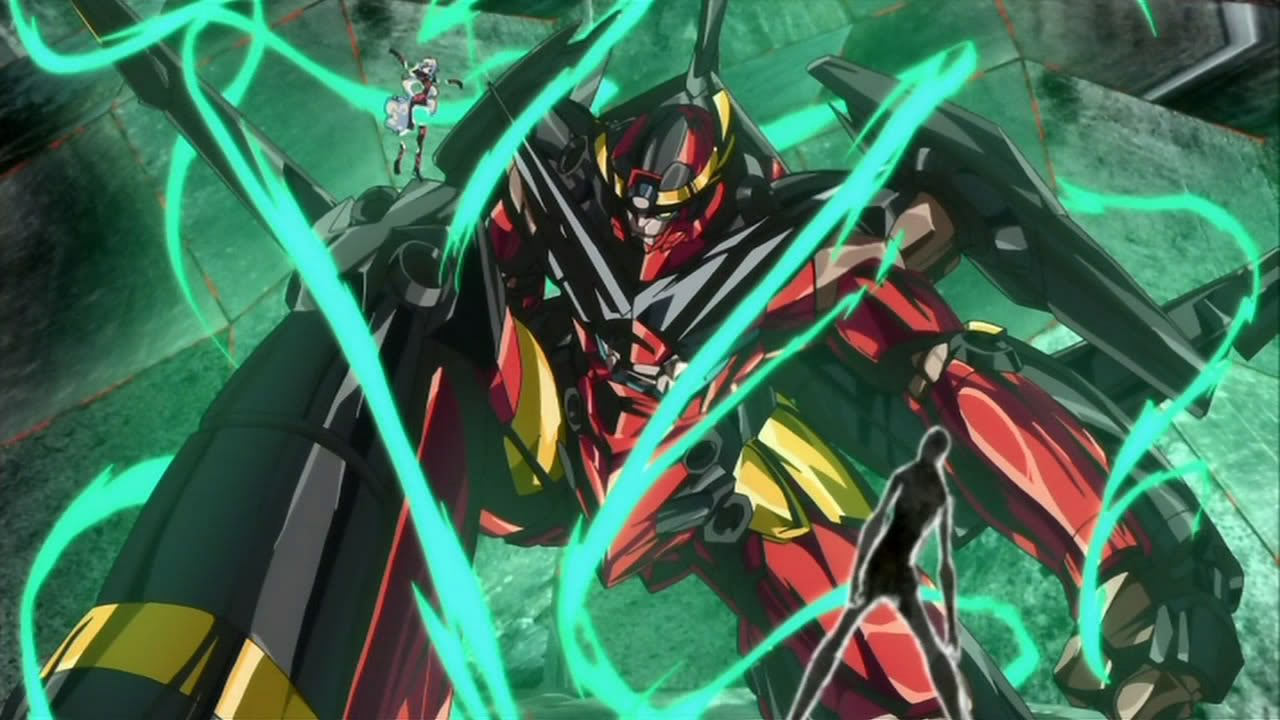 Striderhoang: I guess most mechs thrive for some sembelance of plausibility but some moreso than others. Any mech that has artiulation points in their fingers for example, I immediately know should not exist.

Striderhoang: Where is there room to control fingers for fine motor movements.

Torchman: Ya. If there’s a second pilot or AI though I’m willing to go with it.

Striderhoang: Ok, we should probably be winding down.

Striderhoang: It feels soon. Maybe it just because you know what you want out of the questions I so obviously tailor to each person.

Torchman: Aw how nice of you.

Torchman: Oh god I was hoping that wouldn’t come up.

Striderhoang: Ah I see. Your favorite anime is Musashi Gun

Torchman: What is that even? 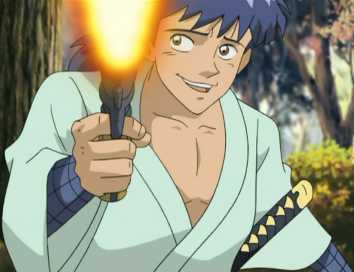 Striderhoang:I think circa 2001 shit tier anime that made rounds for being a punchline for being bad.

Torchman: Oh god. Is it a so bad it’s good kinda way?

Striderhoang: Usually people on 4chan talked bad anime and this screencap would pop up at some point as a shitpost.

Torchman: Going to be avoiding it like I do Gundam Destiny then.

Striderhoang: Nobody’s actually clocked into work bad. I once watched a little bit on YouTube and just closed it.

Striderhoang: I think it’s a supposed to be a treasure trove of bad animation screen pauses.

Striderhoang: So not enjoyable as is but enjoyable if someone else watches it and posted screencaps and gifs.

Torchman: Ah, like a Telltale game for me. Good god that’s bad. 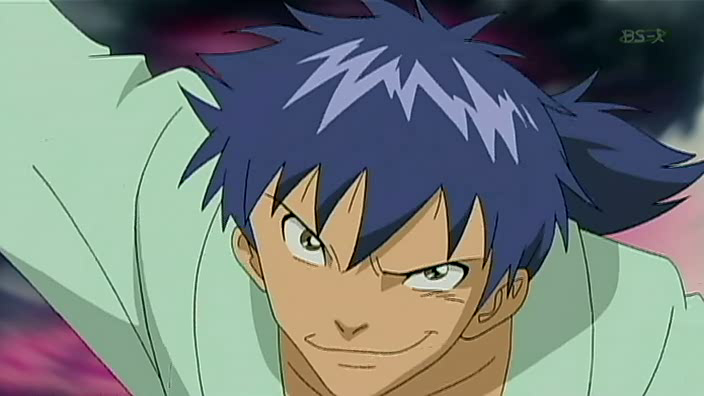 Striderhoang: READER AT HOME, YOU HAVE BEEN WARNED. And with that, the end of this interview has more or less come naturally. Any last words before you return to the aether.

Torchman: Back to the void of SRW! Haha, well thanks for having me. And to the readers at home.

.YOUR WAIFU IS SHIT