Shadow of the Colossus

It wasn’t even close. To be honest we probably should’ve seen it coming. After all, when people talk about their favourite games of all time, Team ICO’s titles often crop up in conversation, remembered for their strange beauty, artsy mystery and infuriating cameras emotional stories.

And thus, Shadow of the Colossus absolutely ran away with Destructoid’s votes for 2018’s Best Remaster/Remake award. This second re-release of the 2005 PlayStation 2 classic launched back in February to overwhelming critical praise – even managing to debut at the number one slot in that week’s UK Charts. Clearly, time has only matured the odyssey of young Wander, on his miserable quest to bring down an army of towering Colossi, in efforts to save the mysterious maiden, Mono.

With it’s minimalist landscape, sad charismatic denizens, and heart-wrenching storyline, Shadow of the Colossus remains an indelible adventure to many who experience it. Developer Bluepoint rebuilt the title from the ground up, giving SOTC a beautiful coat of 4K paint and an overhauled UI, alongside various other tweaks to the classic visuals, audio and gameplay. This 2018 edition is now the definitive Shadow of the Colossus experience, ready to win over new generations of fans for many years to come. 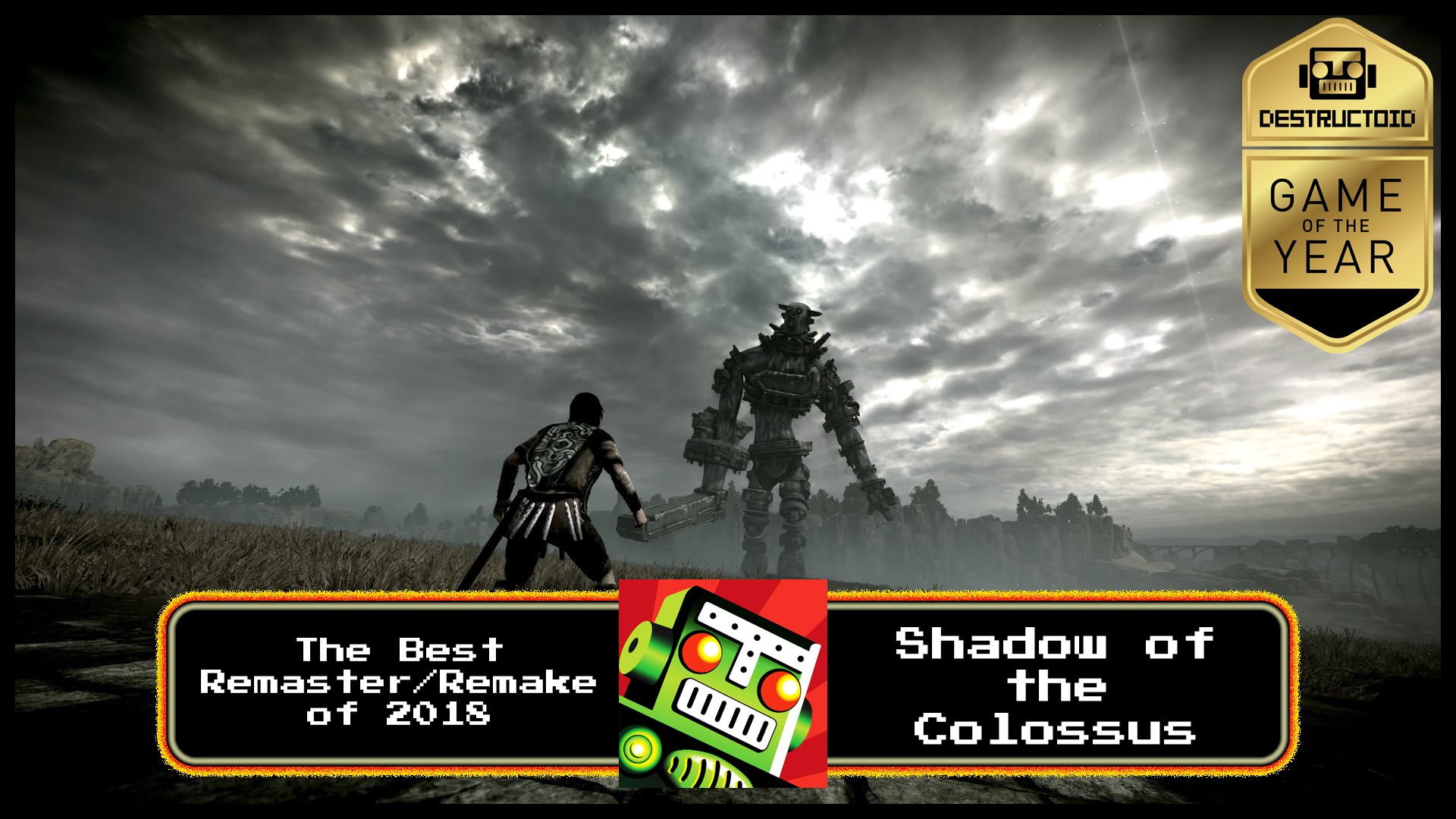