Watching Diablo III morph before my very eyes has been a wild ride. Although I maxed out every class within a month of its release, I quickly noticed that my friends list was dwindling.

Folks were completely turned off by the lack of an engaging endgame and the Real Money Auction House (RMAH) first and foremost, not to mention the slow-going pace compared to other aRPGs (action RPGs) at the time. That all changed with the Reaper of Souls expansion, which heralded Loot 2.0 into the fray (more/better loot) and removed the sleazy auction house entirely.

It’s been four years since then and the only other major content update was the Necromancer class. Any effort of a console port probably isn’t enough to entice someone who’s already played Diablo IIIinside and out, but if you’re looking into it for the first time the Switch isn’t a bad place to start. 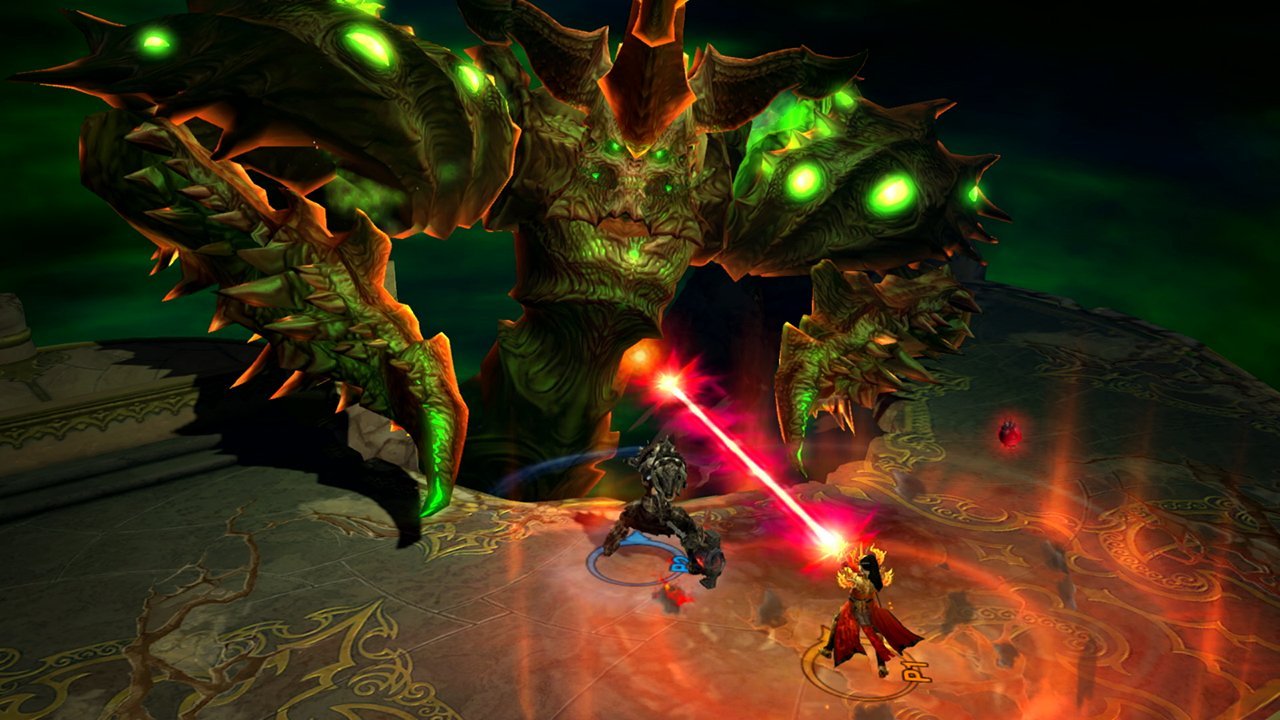 As I geared up for this assessment I found myself playing the entire first act again without thinking. It’s just that streamlined, which, I know, is why some old guard folks feel that it’s so polarizing. Here’s the thing about Diablo IIIat this point in time: it’s really good. Sure you aren’t going to get that Path of Exileminutiae-oriented perfect build feel from Diablo IIIas skills can be changed at any point. Some argue that it cheapens the concept of sticking to a build, but as someone who has played plenty of hardcore aRPGs for decades I say “bring it on.”

Diablo IIIis pretty much a perfect game to pick up with anyone and just play. There’s no lengthy hour-long player-to-player tutorial to espouse, no provisos about “bad skills you’re not supposed to pick,” they can just select a class and go. The Switch makes that even easier with local play on the go. Of the benefits from the Switch edition of DIII(Ganondorf costume, amiibo support for small rewards), local play (with multiple Switch units) is probably the most obvious plus.

Regardless of whether or not you’re into having your own personal screen it’s fun to be able to play on a TV, swap to portable mode if friends go home for the night and swap yet again to a tabletop configuration with a significant other. That’s just a generalSwitch feature, sure, but it feels particularly right for a big-time hack and slash that you can play for hours on end or for just a few minutes as you attempt another Greater Rift (challenge rooms).

Switch players also net the following cosmetics: Echoes of the Mask, Mercy’s Gaze, Wings of the Crypt Guardian, Cucco, Half-formed Chicken, Dominion’s Revenge, a class pennant, and class/Triforce player frames. A Ganondorf transmog is in the form of an item that unlocks it and the amiibo port is also a reusable item (both are waiting in your stash roughly five minutes in). The former three are found in other platforms, the Zeldastuff is Switch exclusive.

Now for the fundamentals, as I’m sure a lot of you 1000+ hour players are going to want to know the nuts and bolts basics. As of this review the Switch build launches with patch 2.6.0, and all four core modes are playable (normal, hardcore, seasonal, seasonal hardcore). The Switch begins on Season 15 and adventure mode is unlocked from the start. Unsurprisingly Diablo III, a game with 2012 (with a 2014 expansion under its belt), is stable on Switch. It’s 60FPS in both docked and handheld mode, with 960p visuals in the former state and 720p in the latter.

It’s not going to look as good as a high-end PC, no, but it gets the job done especially when you’re playing it on the go (just know that while all my tests were incredibly smooth there is a noticeable lack of detail in portable mode). The only major missing feature is the inability to grab save files off of a Battle.net profile, or any real Battle.net connection for that matter. Unlocking Zeldacontent for the PC edition (something Blizzard can easily do as they don’t need to worry about IP or platform holder conflicts) would have been a cool extra if the two parties involved could have figured it out.

Regardless of a few small hangups, this is likely the start of a long and prosperous partnership between Blizzard and Nintendo. Blizzard has come a long way sinceStarcraft 64 and has built up a support network of teams that can actually manage to port things to non-PC platforms with aplomb.