Much to my chagrin

So, Frozen. I must be one of the only people on the planet who doesn’t like it. I mean, I love Elsa — it’s about timeIdina Menzel and her amazing voice got the respect she deserves — but the rest, including most of the songs, just didn’t gel with me.

Disney has since been pushing Frozen really hard. As a frequent visitor of the Walt Disney World Resort, it’s been interesting to see Norway slowly evolve into Frozen Land, complete with an overhaul of the classicMaelstrom ride (RIP).

But beyond that annoyance, Disney Magical World 2is shaping up to be an improved version of its predecessor. 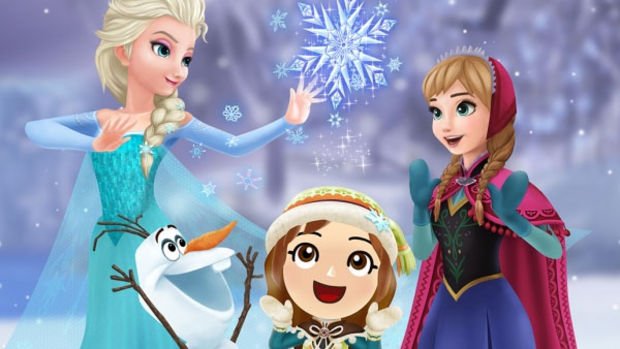 As you might expect, Magical World 2isn’t the deepest game, so my time with it was rather brief and to the point. The demo kicked off in a frozen (ha) tundra location with Olaf, who tasked me with locating Elsa and Anna by way of a small series of maps, similar to the Kingdom Heartsseries. Yep, just like the first game there’s full-on 3D combat sequences, and it basically plays out like a junior version of a dungeon crawler.

I mean, it’s not just nonsense button mashing, as you have an area-of effect freeze ability, as well as a dodge button on top of a rather quick standard ranged attack. There’s also a number of different enemy types, like a stacked snowman that has independant heads, and tunnels underground periodically to dodge. Don’t expect a Soulsexperience though, as this is mostly a training session for younger gamers.

After besting a boss character (a bigger snowman, basically), I met up with the main duo of Frozen(plusGrand Pabbie the Troll King — yes, he had a name), and followed them to town. It was here that the simulation element kicked in, with activities like clothes shopping and picture-taking. Again, it’s mostly meant for a younger audience.

While Magical Worlddoesn’t do city life experiences as well as the Animal Crossing series, I have to admire its ability to try new things. The full sequel boasts multiple minigames, more things to buy, and a slightly more interesting combat system. I mean, I liked the original, so I’ll give this one a shot if it ever gets localized. For Japan, it’s slated for a release on November 8.