It made me a true portable enthusiast

There is a very solid chance I would not be the Dragon Questfan I am today without Electronic Gaming Monthly. Before I really fell for the online scene, that magazine was my gateway to the gaming world. I subscribed for three years and still remember some of my favorite articles and reviews. I remember the October 2006 issue, which released in something of a short Autumn lull. There were plenty of games in the review section, but the Game of the Month only scored an eight out of ten. It’s not a bad score, but it certainly is a low score for GotM, all things considered.

That game was Dragon Quest Heroes: Rocket Slime, and based on the short recommendation in that issue, I picked it up at my local K-Mart upon release. Then, over the next week, I fell head over healslime for that game — it’s still my absolute favorite on the Nintendo DS — and a fandom was birthed. I would go on to pick up every release of that era, from Swordsto the oft-forgotten Dragon Quest Wars, but it wasn’t until 2010 that this fandom changed to a downright obsession. Because that is when Nintendo published Dragon Quest IX: Sentinels of the Starry Skiesfor the Nintendo DS. That title would end up changing the way I game for years to come.

Reggie Fils-Aimé famously put over 200 hours into Dragon Quest IX, a number I have to bow down before because I didn’t get anywhere near that. I did crest the 90-hour mark and heavily enjoyed every second of it. I’ve now come to learn DQ9is something a black sheep of the Dragon Questfamily, but that doesn’t phase my love for it one bit. Because while it may lack the engrossing story of the previous entries, it has treasure maps, the hunt for which dominated my life in the summer of 2010.

Dragon Quest IXdid so much right on the Nintendo DS. It’s absolutely beautiful and being able to see monsters on the map made it a more user-friendly experience. But it’s the treasure map hunting found in the game’s Tag Mode that really set it off. Before Streetpass, Square Enix experimented with wireless communication between games with Tag Mode.

In Dragon Quest IX, after activating it at Quester’s Rest, players could put their Nintendo DS to sleep and go about their lives, collecting data from other players who were doing the same thing. In Japan, Tag Mode was a massive success, setting records for wireless communication. For me in California, well, I couldn’t exactly just walk around and pick up a great number of maps, quests, and other goodies. Despite being the best selling Dragon Questgame in the west, player concentration was still pretty sparse. However, Nintendo sought to rectify this by hosting events where players could go, meet up with other Dragon Quest IXowners, receive new maps and more.

The very first event I could attend was at a Best Buy in San Luis Obispo. It was my day off and I was probably 30 hours into DQ9at this point without ever having used the Tag Mode feature. So I got in my car and drove to the event, a sleeping DS in my pocket. The set-up inside was just a table with a few Dragon Questfreebies to be given away to the first people to arrive. I was third in line so I missed out on the prizes.

By the time the event started, there was probably ten of us there total. I thought I would just log in and get my special treasure map, but then the ten of us started talking to one another. We started sharing stories of our adventure so far, giving tips on certain bosses and detailing the make-up of our parties. We started exchanging more maps and supplies with one another, and this simple in-and-out event turned into 45 minutes of blissful Dragon Questbonding. 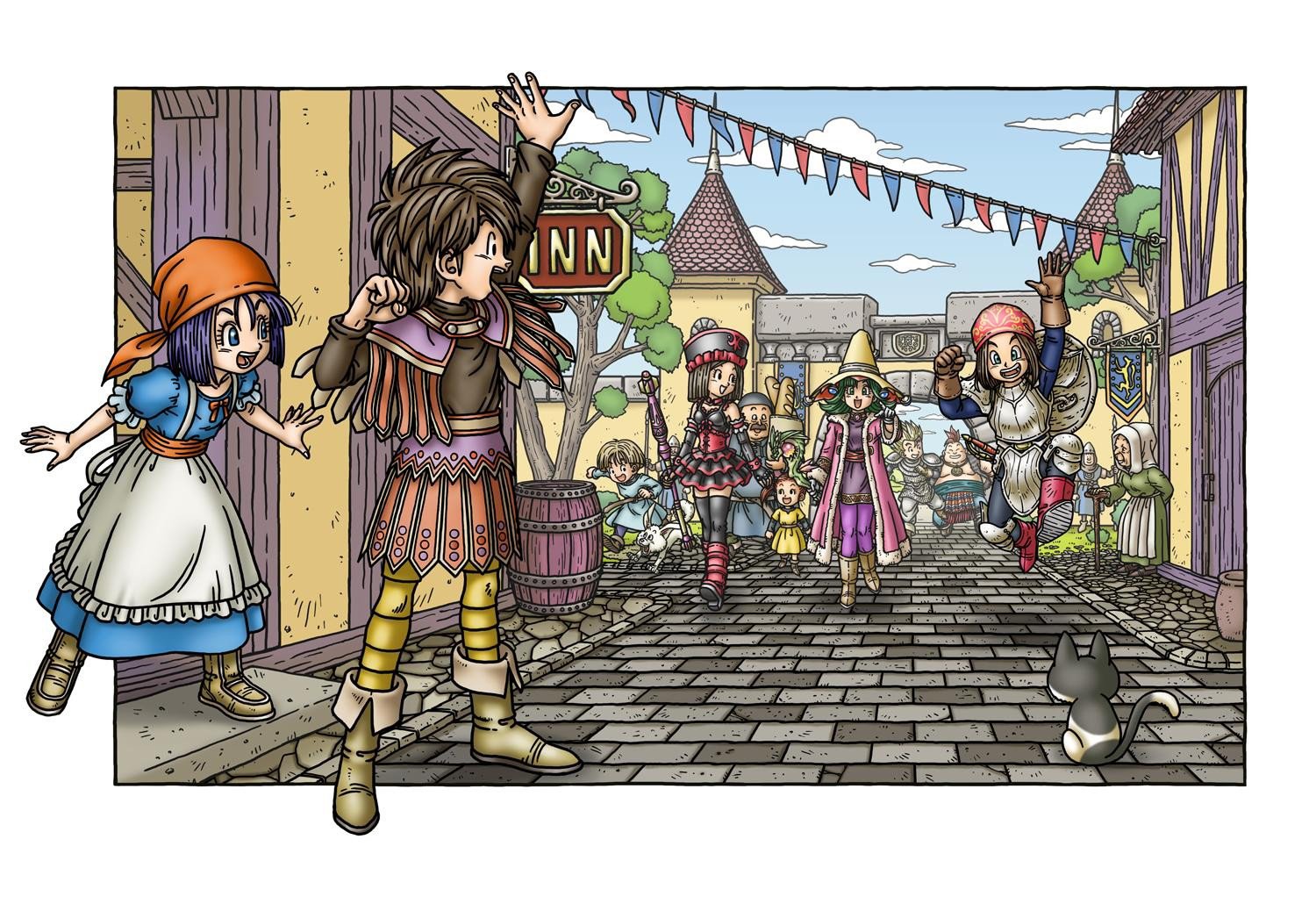 I’ve played games with other people before but there was something different about this event. We all traveled some distance to be in this spot because we loved Dragon Quest IXand we wanted to get as much out of it as we could. Square Enix intended for this game to be a social one and it succeeded. I’d always been a fan of portable gaming, but I never got into the Pokemon crazy so meeting up with other players was just something I never did. In fact, I really didn’t carry my Nintendo DS with me at all. Tag Mode changed that.

With DQ9, I became a gamer who took my DS with me everywhere I went, always with that game in sleep mode – just in case I come across another savior of The Protectorate. And even when I stopped playing, the habit stayed with me. I brought my DS along to The Legend of Zeldapreview concert in LA and played When I went to the Legend of Zeldapreview concert in Los Angeles, I brought my DS along and played Four Swords Anniversary Editionwith other concertgoers in line. I brought Mario Kart DSwith me to the airport and spent a layover racing against some kids. I went to war with a guy at GameStop in Advance Wars: Days of Ruin. So many great experiences all because Square Enix wanted us to get up and get out to meet other DQ fans.

Nintendo shut down the DS Wifi system in 2014, long after it has created its own Tag Mode gimmick with Streetpass and Spotpass. To this day, I still carry my 3DS — technically my Pokéball 2DS XL — with me every day to work and anytime I leave the house hoping to add more players to my Mii Plaza. I haven’t tagged anybody in Dragon Quest IX in almost eight years and I don’t know, with the Nintendo Switch not having any sort of passive wireless communication, if I’ll everexperience something as wonderful as the summer of 2010 again.

DQ9is still absolutely worth playing and copies are easy to find. In fact, in writing up this feature I’ve started replaying the game once more and have quickly fallen back in sync with it. I have that jumbo players guide for the game and there are still many maps for me to find. Look out Fils-Aimé, because I’m not stopping until I surpass your total hours!