No adoration of American Football needed!

Personally, I’m a huge fan of American Football (henceforth known as football, sorry EU). It also happens that I am a huge fan of Frozen Synapse. When it was announced by Mode 7 Games that they were combiningthe two, I was plenty excited. Naturally, as soon as I could, I bought the game and began playing.

It’s been a lot of fun, even in its early stages, but the patch that hits the game today has elevated it to a level that most Steam Early Access games are still far from hitting. Frozen Endzoneis easily a worthy investment, regardless of whether or not you like football. If you’re not convinced, allow me to use words to change your mind, alongside a brand new trailer for the game. 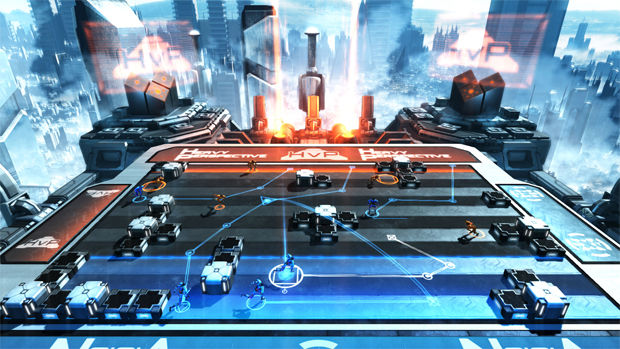 Frozen Synapseplayers will immediately feel right at home. Although the machine guns and rocket launchers have been replaced with a football, the tactics and strategy are still here in spades. The objective of Frozen Endzoneis the same as most sports: get more points than your opponent. In the main game mode, getting the ball into the endzone will award the player seven points, but taking the ball over one of the many bonus point sections will give two points to the player. You have 18 turns to be the one on top.

One team will start close to the ball, and must pick it up by the end of their first turn. The ball carrier can eitherrun or pass the ball: never both. After beginning a run, that player must hold on to the ball until either they score or have the ball taken away by being tackled.

The ball carrier can also not run or pass the ball backwards. If a player, either on offense or defense, is standing still, they are considered “blocking,” and will prevent an opposing player from passing by a radius around the blocking player. If the ball carrier is blocked, it results in a turnover. Each player also has an interception radius, showing how far they’ll travel to grasp the ball out of the air. After someone enters their endzone and scores, the team that did not start with the ball will get their turn.

Plotting all this out happens in a very deliberate manner. Players can set waypoints with the mouse for their Endzone player to follow, including the ability to force them to wait a certain amount of time before taking actions. A turn will not occur until both players have planned out and submitted their moves to the server. During the planning phase, players can also plan actions for their opponent to take, allowing them to test an infinite amount of possibilities.

Some players will take forever in the planning stage, just to ensure that every possibility is accounted for and that the best plan of action is taken. I’ve spent quite some time saying “well, what if they do THIS?!” even if it is completely unreasonable for those events to happen. You never know! Frozen Endzoneis just as much a game of psychology as it is a game of strategy.

Note: Though this video is 10 minutes long, only the first three are the “trailer.” The rest is a demonstration of a match in Frozen Endzone.

New in today’s patch is the ability for players to create their own teams, complete with individual stats and player names. Players have a limited amount of energy to spend, and that energy can not end up in the negatives before finalizing a player. This means that in order to make a player incredibly speedy, you’re going to have to sacrifice one or more of their other stats. It’s a simple and effective method that really makes the game way more personal. Future updates will allow for even more customization, including team names and colors.

It’s important to keep in mind that your opponent will be able to see your player stats, so they’ll know who is your best pass-interceptor or your best blocker, just as you’ll know theirs. For example, when I was playing a match with a friend, which was Superheroes VS. Presidents, I could tell that his Reed Richards was built and would be used exactly like my George Washington, and that I should never pass it anywhere near him.

Also included is some baseline commentary during matches. The commentators, a John Madden lookalike and a robot, will go over any past history between players or just recap what happened in any particular turn. Currently it’s rather rudimentary with some hints of color as it is still in its alpha state. It’s still a very welcome addition, and I look forward to their lines becoming more interesting over time.

The AI has also been improved and isn’t as much as a pushover as before. It’s great to know that the AI is always being worked on, and if the AI in Frozen Synapseis any indication, it’ll be very competitive in its final state. It’s also nice not to have to wait forever for your opponent to finish their turn. Although, perhaps what I love most about Frozen Endzoneis that I can play the game at my own pace. As a teacher, my free time is rather limited, so I love having a game I can play little by little each day and still have a great time. 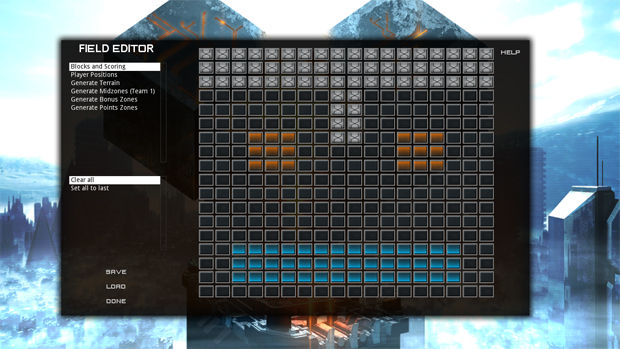 Even a custom map editor and game mode editor are included and easy to use. The terrain in matches is randomly generated, but there’s nothing stopping you from thinking up a grand idea and having it fully implemented via the editor. In addition, if you don’t like the rules of the standard game modes, you can make your own! Just about any rule can be changed, from the turn limit to “can pass turn after turn after turnover” to starting your team with more points.

Frozen Endzonemay have only just entered Steam Early Access, but it’s well worth the price of entry. Even the features just added in today’s patch, that are still considered in their alpha stage, are shaping up to be amazing additions. With further customization, leagues, and fuller features planned for release, any tactician — football fan or not — will have a blast with Frozen Endzone.