If the editors of Flixist picked the new Episode IX director. Also, we’re sorry: only some of you are scruffy-looking.

Lucasfilm unexpectedly parted ways with director Colin Trevorrow yesterday, leaving Star Wars Episode IX without a director for the time being. This is just the latest creative shakeup at Lucasfilm, which continues to have issues when hiring young directors and/or relatively inexperienced tentpole filmmakers.

Earlier this year, Phil Lord and Chris Miller were fired from the Han Solo stand-alone movie, replaced by Ron Howard. While Gareth Edwards is the credited director of Rogue One: A Star Wars Story, the film underwent extensive reshoots and restructuring under the guidance of Tony Gilroy. And Josh Trank was preemptively dropped from his Star Wars project after the fiasco of Fantastic Four.

So yeah, Lucasfilm, it looks like you could use some help. And who better to offer it than us, some people on the internet?

The Flixist staff has some ideas on who should direct Star Wars Episode IX: The Search for Curly’s Gold. Here are our picks for the job. Let us know who you’d like to direct Episode IX in the comments. 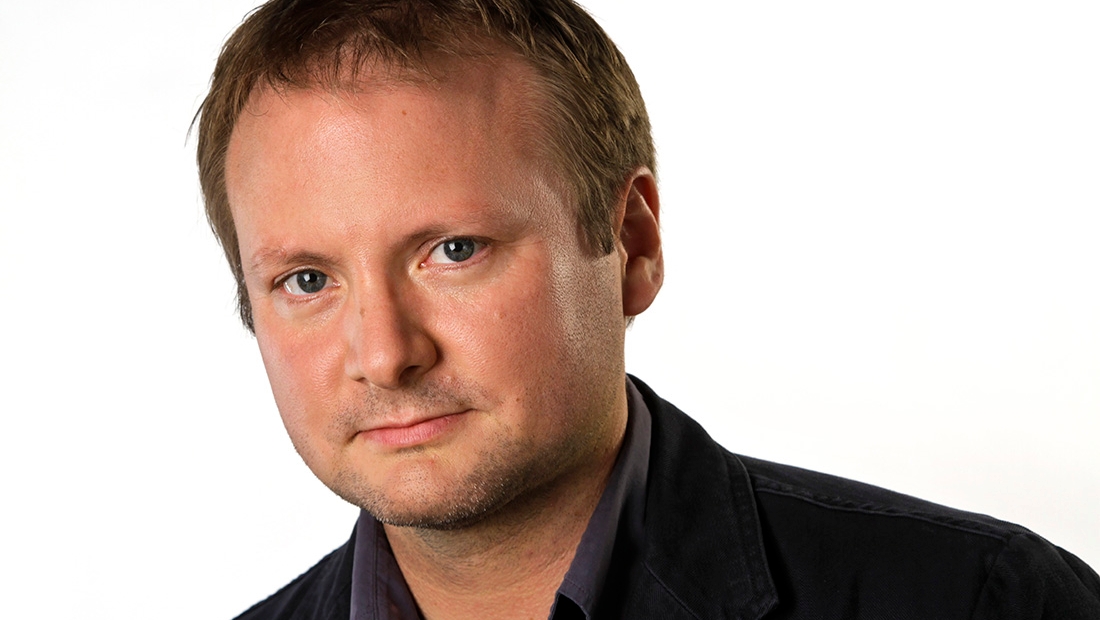 This is, without a doubt, the safest and most conservative choice you’ll find on this list, but I’m okay with that. Aside from already cutting his teeth on the Star Wars universe with the upcoming The Last Jedi, he’s proven himself an adept director with stuff like Brick, Looper, and a handful of exceptionally well-crafted episodes of Breaking Bad, including one of the best of that show’s final season, “Ozymandias.”

It’s true that we don’t actually know how The Last Jedi will shake out and won’t until we’re all too full of holiday cheer to care, but what glimpses we’ve gotten of Moody Luke and Comatose Finn so far looks to be really great, so I’d be comfortable with Disney giving him IX as well, or at least right of first refusal. That way, maybe we can get evil twins of every character! — Matt Liparota 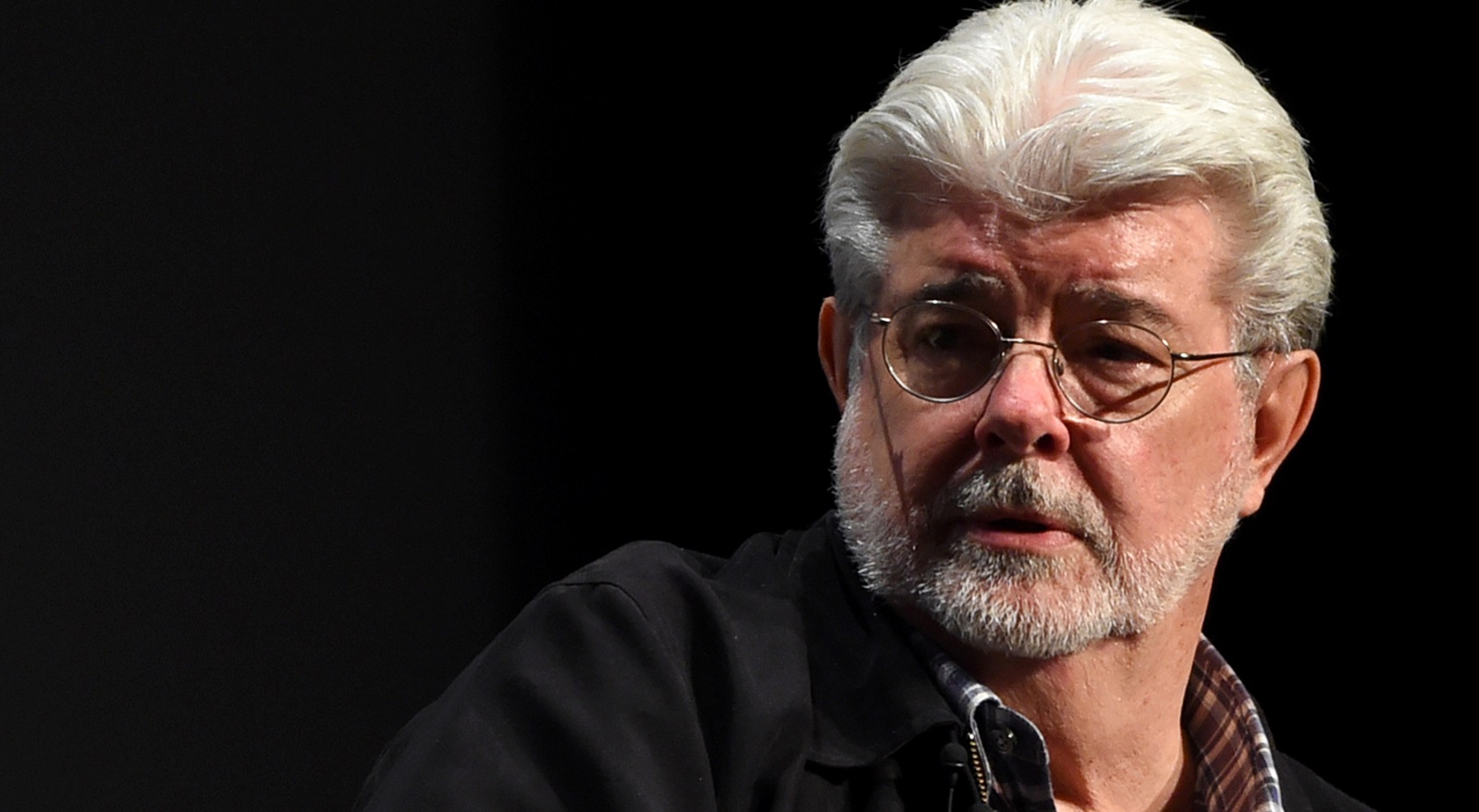 No, this is not a joke. Look, I was as happy as everyone else that Disney scooped up the Star Warsfranchise and wrestled it away from Lucas after what he did with Episodes I-III, but at least the guy had a vision, and the balls (and billions of dollars) to not make new movies off his franchise every damn year. I know, we’re all really excited now to be getting so much Star Wars, but in five years when we have to sit through a damn Obi-Wan Kenobi origin story, we’re all going to regret not being nicer to ol’ George. This franchise is going to become a ghost of itself as it blanches out into nothing. That’s why Lucas should be given the chance to direct because he’s the only guy left with enough clout with both the fan base and Disney to put his foot down before it all jumps off the tracks into a pool of homogenized droid oil.

We already know that he didn’t really like the direction Disney took his baby, and while he may not be the best director he is really good at creating worlds and implementing ideas that stand the test of time. Yes, much of I-IIIsucked, but at least it was his sucky vision.With The Force Awakensbasically being nothing but an admittedly enjoyable remake, I think Lucas coming back in and actually pulling Star Wars into a different direction again could be awesome. Yes, The Last Jedicould do this too and Rian Johnson has had nothing but good things to say about his experience directing it, but the chances of it truly giving us something unique under Disney’s eye aren’t too high. Plus, Disney could reign Lucas in when he went toomidichlorian. The original trilogy showed us that when Lucas has someone else around to tell him which of his ideas are good and which are bad that the outcome is way better than when he’s given carte blanche. A pairing up between Disney and Lucas could give us the best of both worlds.

Look, Lucas coming back could be awful, but the fact that it’s a risk is what makes it a good idea because otherwise it’s just going to be Ron Howard again. –Matthew Razak 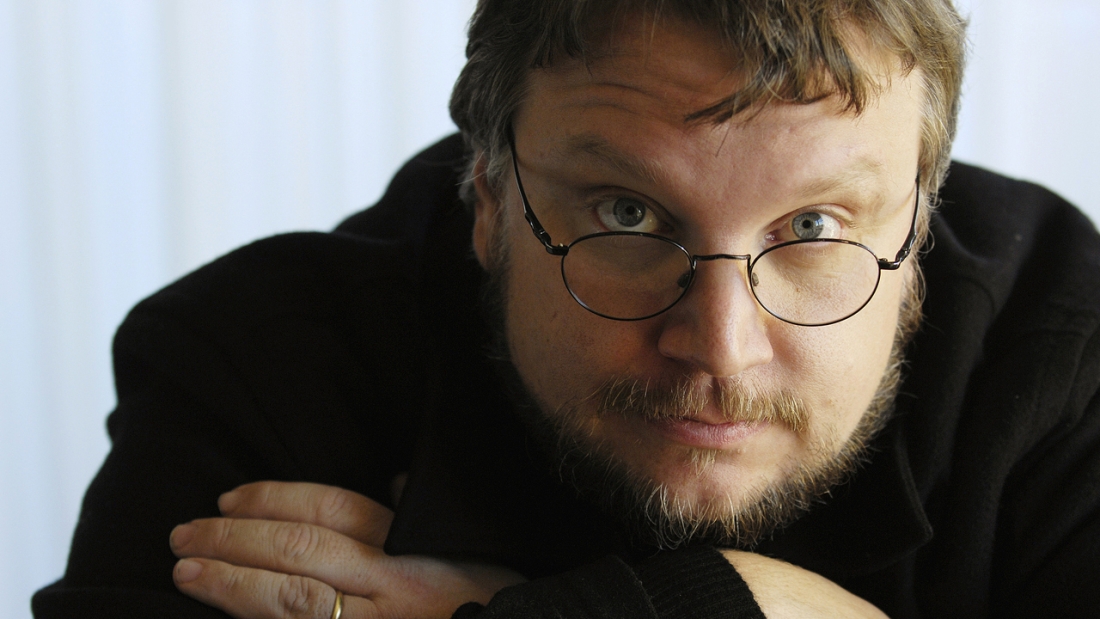 Guillermo del Toro’s too much of an auteur to ever agree to this crazy amount of micromanaging and oversight, but just imagine how fucking rad the new alien creatures would be. 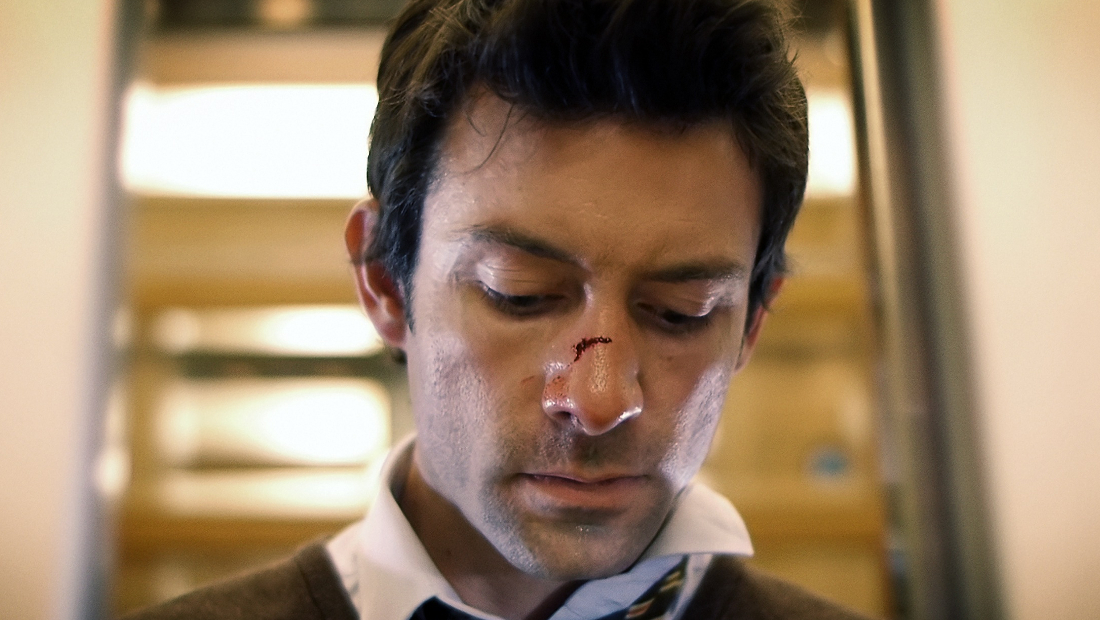 I’m of the same mind with Matt (Razak) in that I fear where this series is headed in a few years. I worry that Episode IX will even be the end like it should be. What’s to stop the mouse from making another nine episode arc of the series? Nothing! But there is hope in the fact that if you elevate Star Wars to something that it isn’t that it will drive its base away and therefore bring about the end of the series. So let’s turn Star Wars into a high-art deconstruction of the space opera genre. Who better to do this than Shane Carruth?

Sure he has only put out two movies, both of which took years to make which would mean delays out the wazoo for the planned end to the canon but damn it if the wait wouldn’t be worth it. How amazing would it be if the final third of the ending to one of the greatest film series of all time featured minimal dialogue through its action scenes, the story being told through the eyes of the characters and music. No midichlorians, no feeling the power of the dark side, no searching your feelings, just pure minimalist storytelling that would be talked about for years to come. It would definitely still have action but of the high art kind, I’m sure Nicolas Winding Refn could be brought on for advice.

Of course, Carruth would need to actually hire some people other than himself to work and when he shows up as the new character Luke Skywalker Jr. who gets retconned in during the opening 10 minutes it would raise some eyebrows I’m sure but nothing worse than Jar Jar Binks. I think he should still be allowed to do the music for the movie, we’ve heard the same old songs for years so let’s replace it with a minimalist electronica soundtrack. John Williams? Pshaw, who is that? Michael Giacchino? Go back to Medal of Honor! No, this series needs a fresh coat of paint for the end to assure everyone to never come back for another movie to save the integrity of the series. Do it for George! –Anthony Marzano 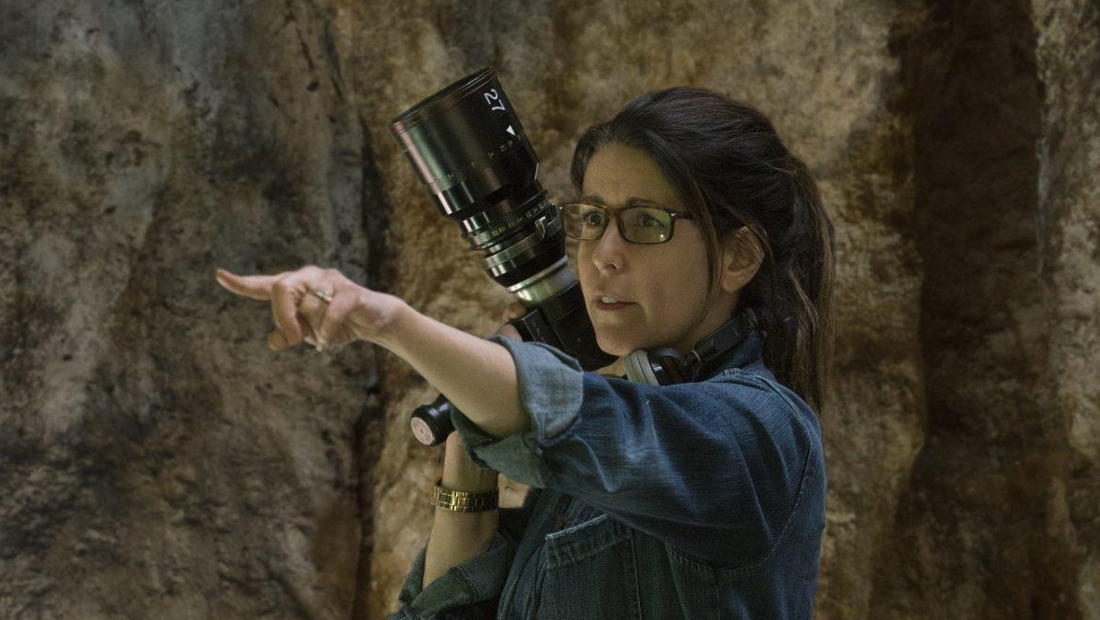 By all accounts, we’re in for something rather dark in the newest installment in the Skywalker trilogy, and it would make sense that the followup is a bit more lighthearted… or at least hopeful. No director has done modern hopeful blockbuster better than Patty Jenkins. Considering that she was working within the grimdark DCEU and was still able to make a life- and character-affirming film in Wonder Woman, I have no doubt she could pull off a fitting end to whatever this trilogy ends up being. (Certainly more than the man being replaced.)

I would also trust Patty Jenkins more than any male director to give General Leia Organa a proper tribute. I’m glad Carrie Fischer won’t be appearing in digital form, but I hope she gets something more than just a shout out in an opening text crawl. Jenkins could give her her due. –-Alec Kubas-Meyer 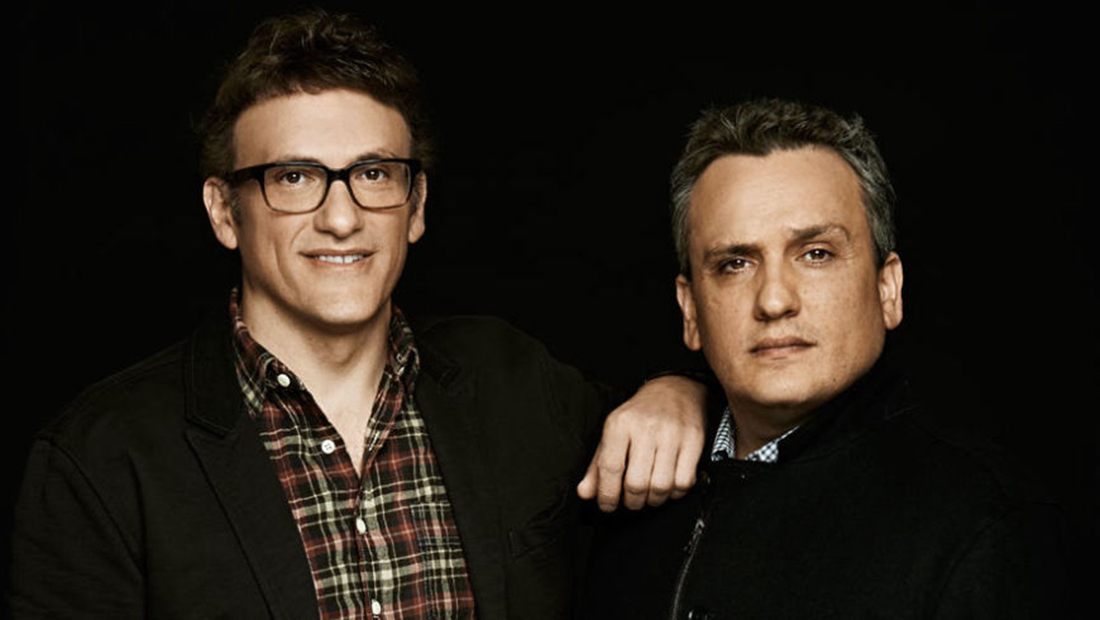 The Russo brothers are already CERTIFIED FRESH by Disney, so it’s not a hard sell. They rocked Captain America: The Winter Soldier and continued rocking with Captain America: Civil War (aka Avengers Ep. III). So it’s no surprise that they’ve been tasked with delivering the two biggest MCU films to come, Avengers: Infinity War and whatever its sequel will be called. They’ve got the credentials to deliver a sprawling universal story and do so with the special mix of humor and seriousness needed for Star Wars. However, it’s not clear to me that they can keep up with the cinematography I’ve seen in SW since the Lucas departure. That’s why I’m pulling the ol’ switcheroo and revealing my real gambit pick to be: CHRISTOPHER NOLAN. 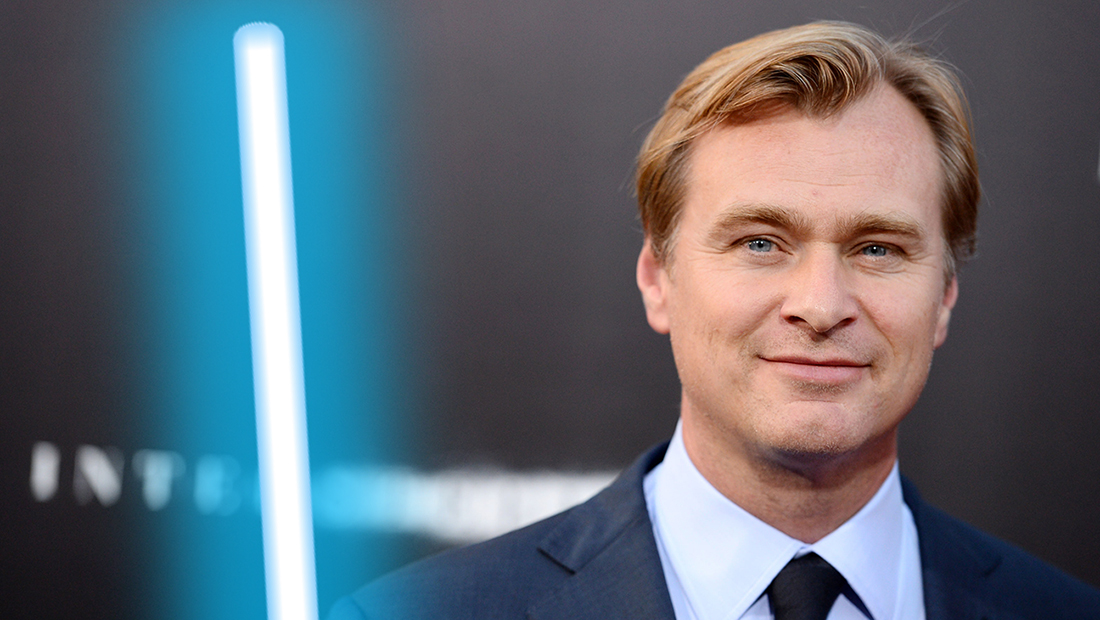 This guy not only reinvented Batman, but superhero movies in general—he’s the reason films like Logan and Deadpool exist. Sure, he’s a little bleak, but Disney would be sure to reel him in and keep him mildly on point. Or not. So we get the ultimate darker and grittier Star Wars in Ep. IX. That’s OK with me, they already killed Han. SPOILER! That’s how that works right? Imagine Dunkirk, but as Star Wars and a Star Wars film designed for 70mm IMAX. I think we can all get on board with that.–-Rick Lash 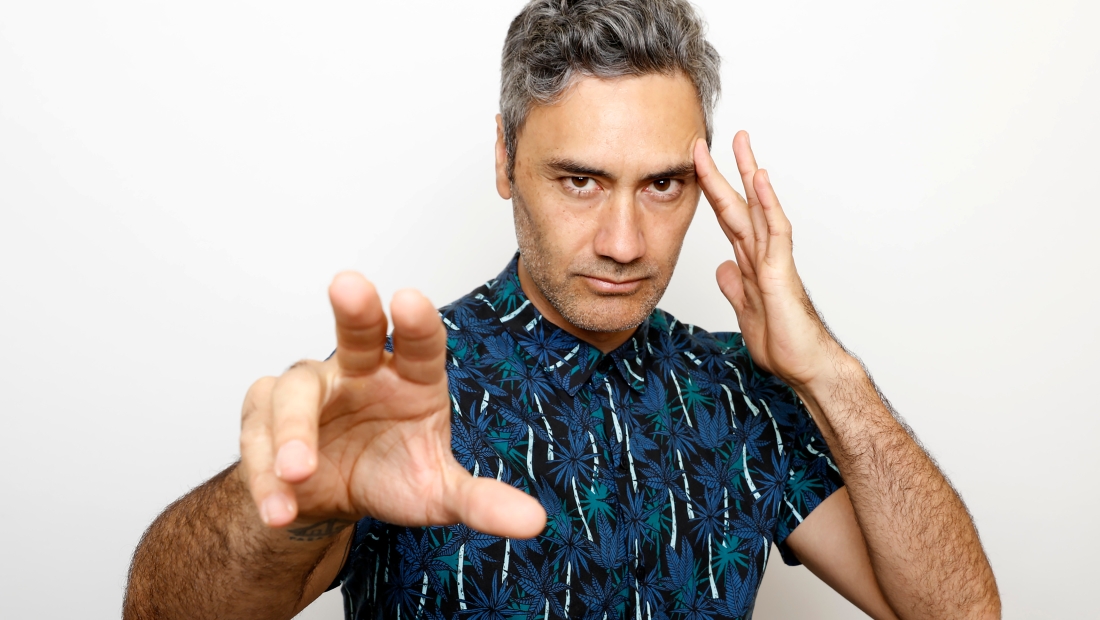 I know I said that Lucasfilm probably wanted a veteran journeyman filmmaker at the helm of Episode IX, but if I got to make the choice, it would be New Zealand director Taika Waititi.

Waititi’s two most recent films (What We Do in the Shadows, Hunt for the Wilderpeople) brought him international attention and were tremendously entertaining, well-crafted, and character-driven. And if the trailers for Thor: Ragnarok are any indication, Waititi seems to work well with special effects blockbusters in shared universes full of corporate IPs. (Heck, that’s what Star Wars is these days.) This is tough territory to navigate for even seasoned directors, and there’s the added pressure of closing out the new Star Wars trilogy with something special, yet I think Waititi might be the right filmmaker for the job.

Then again, he tweeted this last night: 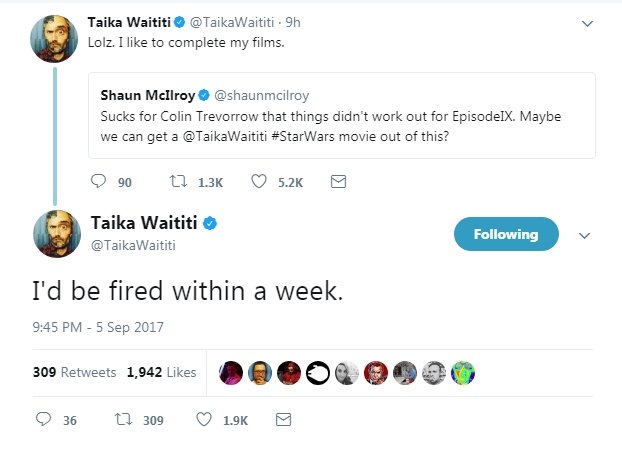 So, yeah… maybe not. — Hubert Vigilla 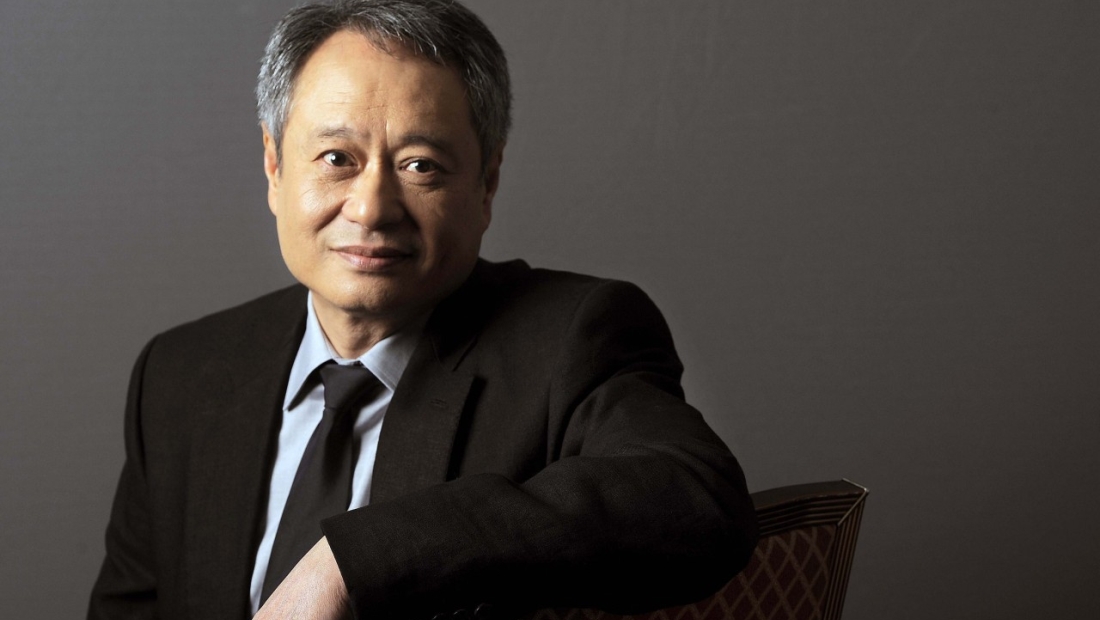 When I heard the news that Disney had sacked Colin Trevorrow, I wondered what kind of director would be selected to replace him. After all, Disney isn’t the kind of company to take large risks; they’d want someone who’s capable of creating magic out of thin air, and infuse the last movie in this new trilogy with some heart. Star Wars is a story of fathers, sons, and daughters, so nailing the emotional core of any film with lightsabers has got to be essential to its success. With the likes of JJ Abrams and Rian Johnson already given their shot, who would be the best director to close the new trilogy? Well, when it comes to heart, and bringing a world to life in spectacular fashion, I would turn to Ang Lee.

Lee is known for his expertly crafted dramas, usually centered around a few pivotal characters. He directed Sense and Sensibility, Crouching Tiger Hidden Dragon, and Brokeback Mountain. He has the ability wring his hands tightly, and squeeze out a moving performance from his actors, while seperating the pulp in the editing room. Nearly all of his films have been met with acclaim, and while Lee only recently returned from hiatus, his qualities as a director are still intact.

Take a look at one of his more recent films, 2012’s Life of Pi. It’s a film that not only enthralls the audience with its musings on life, love, beauty, and survival, but also stuns with its myriad uses for visual effects. Pi is a magical movie with a very human struggle at its core, causing the audience to look inward once the credits roll. It’s an experience I’m fond of, and it serves as an excellent example for why Ang Lee should helm the conclusive entry to our new Star Wars trilogy. –Drew Stuart