Out with the old, in with the new

If you’re still tearing up Ghost Recon Wildlands‘ Bolivian sandbox or wishing you had more of a reason to do so, here’s something to keep in mind: the next expansion isn’t far off. Fallen Ghosts launches first for season pass holders on May 30, with the option to buy it on its own coming one week later.

Numbers-wise, you can expect 15 more missions, 4 new bosses, and 3 regions, all told. The Santa Blanca cartel has been dealt with, but Unidad’s military is vying for control. That puts your squad in a less-than-ideal place as you work to extract American agents and civilians amidst a civil war. 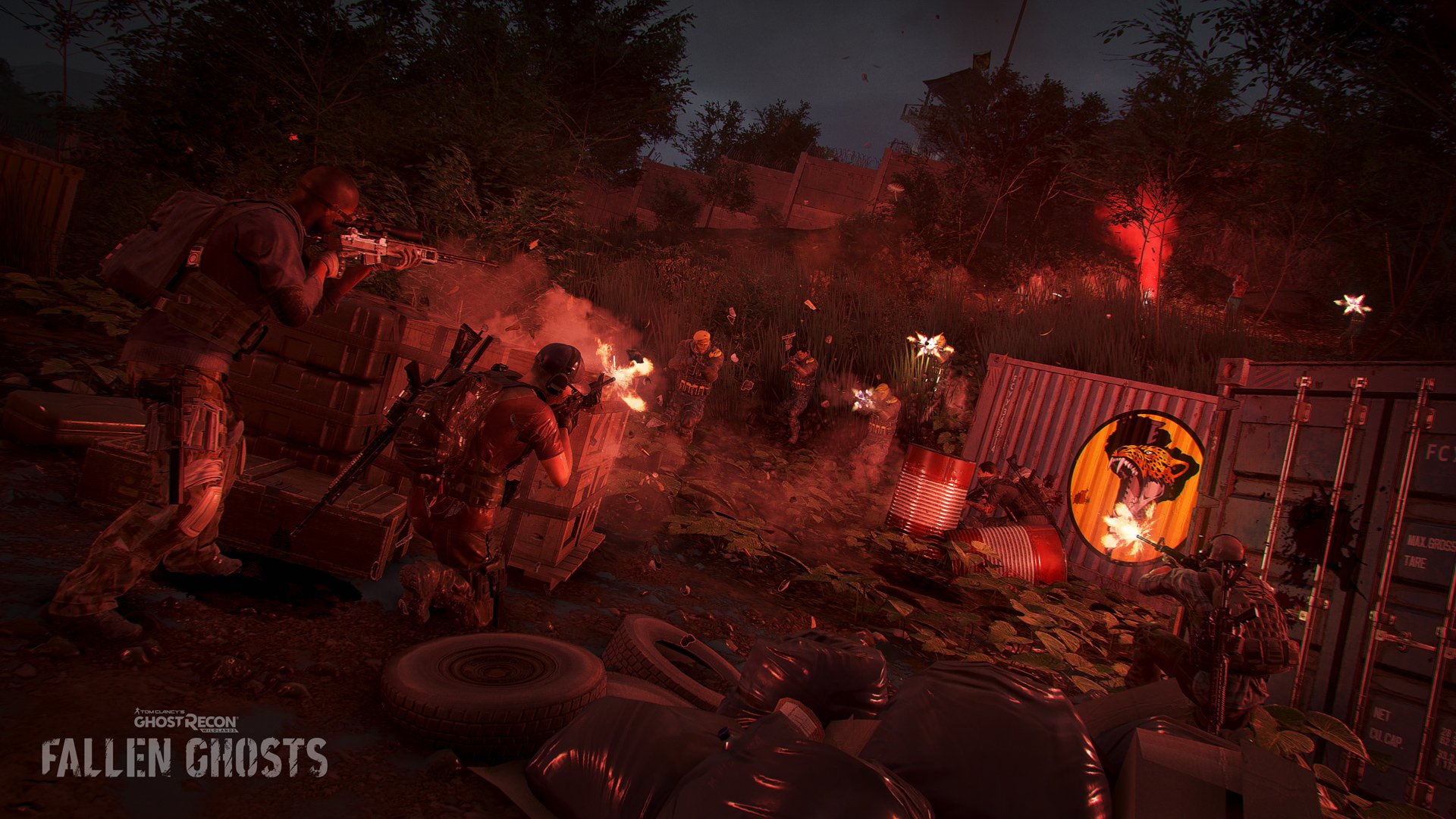 “To help restore order, the Unidad enlists cartel members, veterans, mercenaries and criminals from various nearby countries as volunteers. Together, they form a new brutal special unit, Los Extranjeros, which is ordered to track and eliminate all American agents.”

You’ll be able to roll with six new weapons, including a crossbow with explosive arrows (a time-honored video game tradition). That said, your targets will have new toys, too — bulletproof plating, motion detectors, jammers, and cloaking devices.

Ubisoft also added that in Fallen Ghosts, “players will start with a new character at level 30 and equipped with all of the main game skills. The level cap will increase from 30 to 35, and players will be able to unlock nine new skills, including physical, weapon, and drones skills.” I’m not sure how I feel about starting fresh in an expansion, but maybe that approach is for the best here.