Arc System Works has started a new blog series designed to keep fans informed as regards to the development of upcoming fighter Guilty Gear Strive. The “Developer’s Backyard” blog will see the team openly address questions and concerns raised from the public regarding the fighter’s recent closed beta.

The first entry features a slew of statistics pertaining to the April test beta, totting up the numbers for most popular character, most requested character and, most candidly, releasing the fan-scores regarding various elements of Guilty Gear Strive, from visuals and music, to HUD design and online options. While it appears fans were very happy with the graphics and animations, the U.I. and online options took a bit of a kicking. 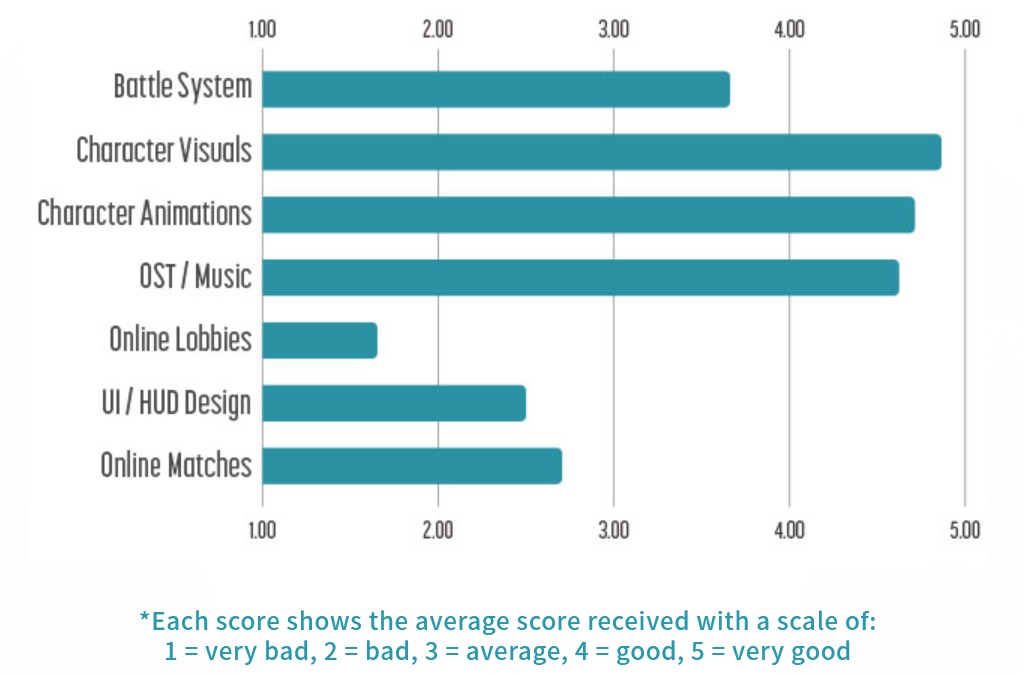 Elsewhere in the blog, Development Director Akira Katano and General Director Daisuke Ishiwatari openly address these concerns, offering their thoughts on controversial topics such as damage output, stripped-down Gatling Combos, the U.I. system and, most notoriously, Strive’s bizarre and convoluted online lobbies. The blog ends with a feedback form with which players can ask questions for further entries (though they politely request no character wish-listing).

I think this is fantastic. There’s a real issue in the fighting game industry of developers and publishers putting a wall between themselves and the players, often leaving people guessing, getting frustrated, and even abandoning games entirely when all that was needed was a little communication. By engaging in clear dialogue with players and, more importantly, openly admitting when fans do not like something ArcSys are showing a maturity and commitment to community that other fighting game devs would do well to follow.

Guilty Gear Strive will launch on PS4 in early 2021